With the press tour of Avengers: Endgame finally over and Saturday Night Live having just wrapped up their 44th season, sweethearts Scarlett Johansson and Colin Jost may have some free time on their hands. Which is convenient, as they now have a wedding to plan! The Associated Press reports that the couple is now engaged after two years of dating. 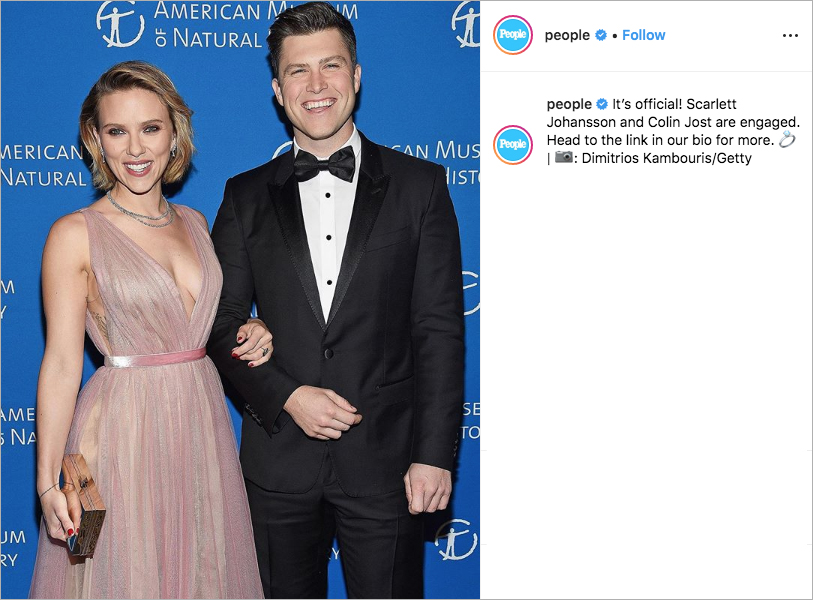 Unlike some of his fellow cast members, Colin does not tend to use his personal life as material during “Weekend Update” – an SNL segment he co-hosts; however, he does often accompany his beloved on the red carpet, at events from the Met Gala to Scarlett’s many movie premieres. She also supported him on the red carpet for the 2018 Emmy Awards, which he co-hosted with fellow “Weekend Update” anchor Michael Che. As they are in such different celebrity circles, the lovebirds’ upcoming wedding is bound to have an interesting mix of guests – unless of course they choose to elope or only have close friends and immediate family in attendance.