The royal wedding is over! Whether you got up early (or stayed up late) to watch the nuptials or caught up with a recap later on Saturday, memories of the special day are sure to last. However, just as with the weddings of the common folk, it is the photos that we’ll all look back on in the years to come. The Instagram account for Kensington Palace, which represents the Duke and Duchess of Cambridge as well as the new Duke and Duchess of Sussex, recently released a number of photos from the big day.

With close-up candids in both their ceremony and reception outfits, as well as a stunning portrait in black and white on the steps of the palace, the newlyweds have never looked happier.  The union of the two families is clear, with Prince Charles escorting Doria Ragland, the mother of the bride, out of the church and her joining in on family portraits with the royal family. The darling bridesmaids and page boys almost steal the show in their picture with the bride and groom; the boys donned ensembles inspired by the uniforms worn by Prince Harry and his older brother Prince William, while the young bridesmaids sported flower crowns to go with their bouquets and short sleeve white dresses.

Though the ceremony was broadcast live around the globe, the reception is generally a more private affair where the new Duke and Duchess of Sussex can enjoy time with their guests. However, the palace did share a shot of the cake, which was separated into three separate confections and steered away from the traditional fruitcake typically indulged by the British royal family. See all the beautiful photos below! 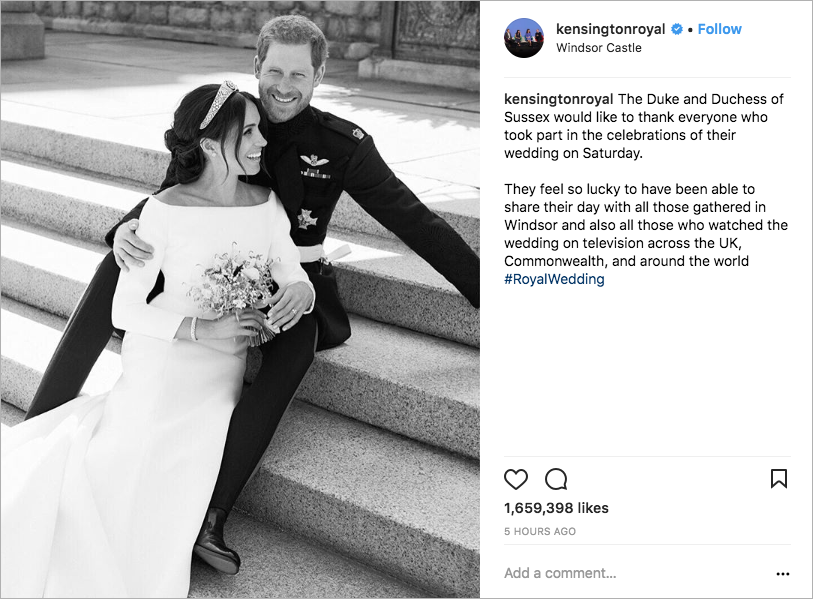 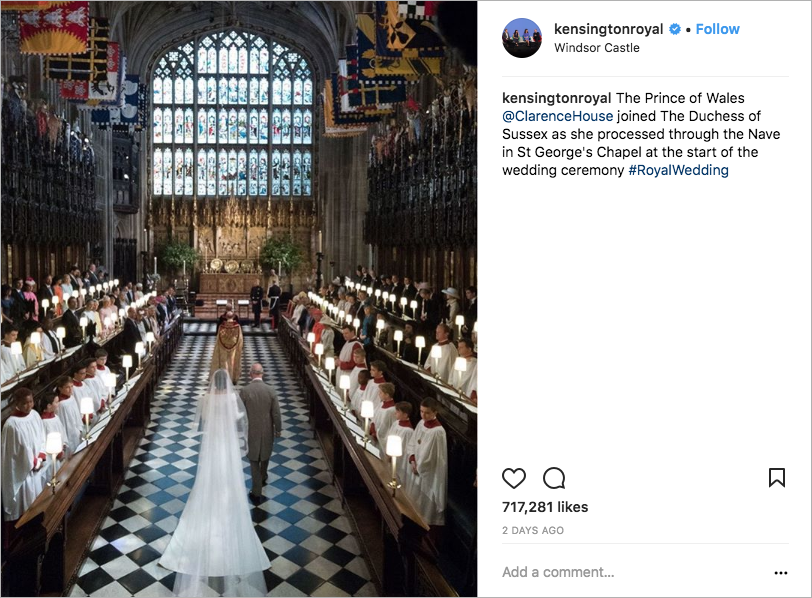 For your own "royal" wedding, be inspired by these beautiful gowns fit for a princess and these castle venues in the United States.