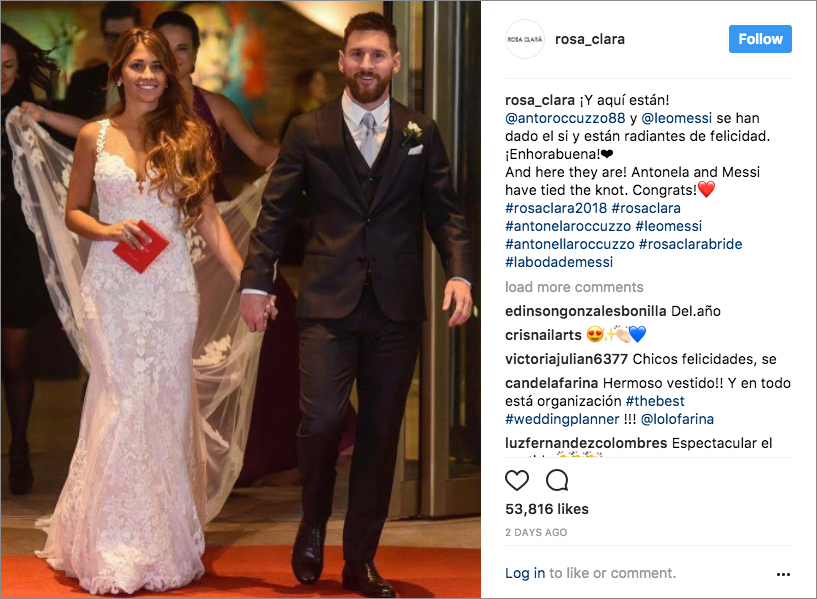 International soccer star Lionel “Leo” Messi married his longtime girlfriend Antonella Roccuzzo over the weekend, in their hometown of Rosario, Argentina. The celebration was dubbed the “wedding of the century” for the South American country, with a red carpet entrance allowing fans to get a glimpse of the stars before they exchanged vows. The bride looked stunning in a fitted lace gown designed by Rosa Clará.

The pair met back in Rosario when they were only five years old. Though the soccer icon moved to Spain when he was 13 in order to pursue his athletic career, the childhood sweethearts were reunited as adults, confirming their relationship during the 2010 World Cup. Leo and Antonella have two sons together, the older of which joined his parents during the recessional after they were pronounced husband and wife.

Among the 260 guests were teammates of the groom, both from FC Barcelona and the national Argentinian team. Shakira is married to fellow Barcelona player Gerard Piqué, and the Colombian pop star shared a photo of the outfits she and her husband wore to the nuptials, captioned with congratulations to the bride and groom, of course. 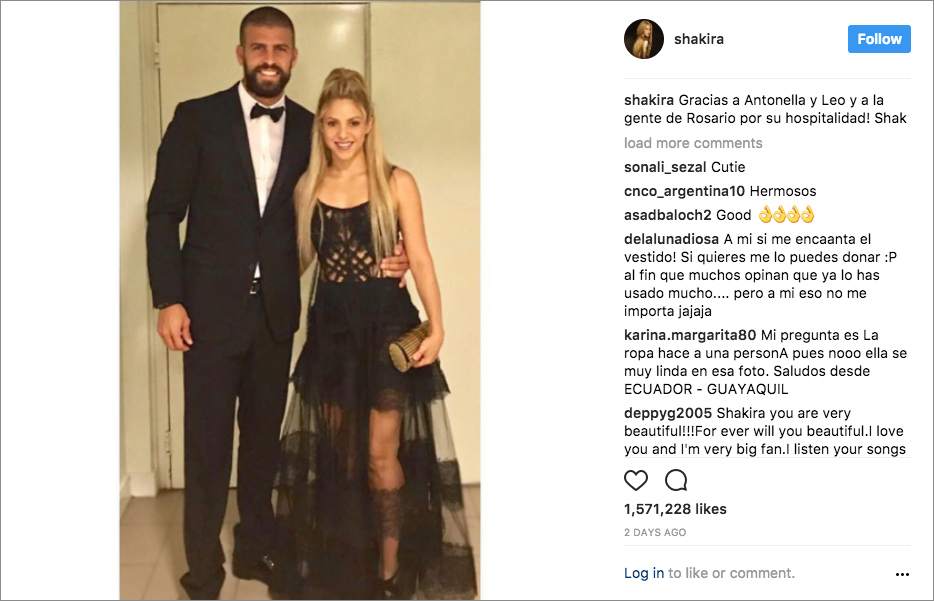 Between Shakira’s dress and the lavish ceremony décor, we are certain the wedding must have been quite the party! Antonella changed into another lace Rosa Clará gown for the reception – this ensemble without the train of her ceremony dress and with a sexy slit up to the thigh, allowing for more movement to dance the night away.