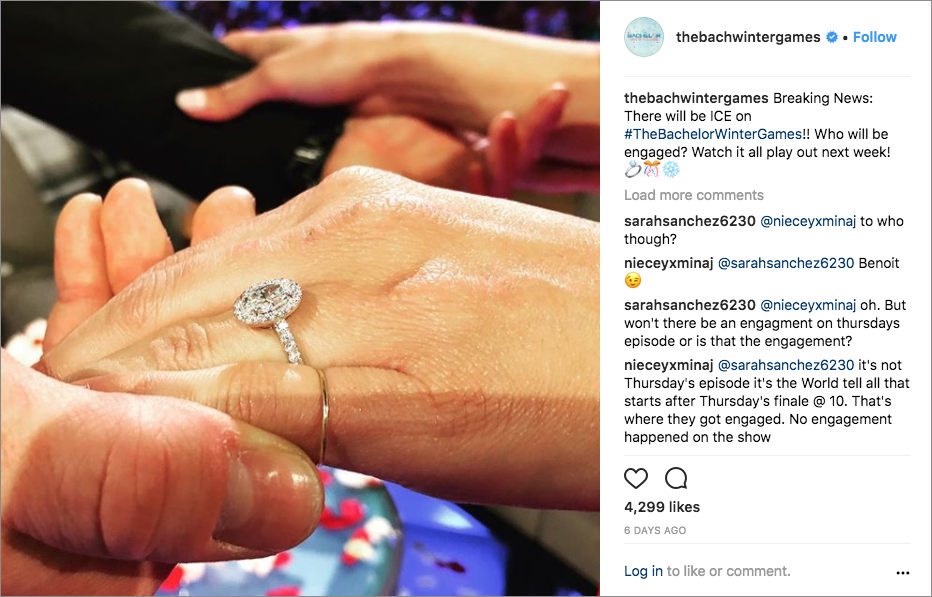 The latest show in Bachelor Nation, Bachelor Winter Games, has come to an end. Though Ashley Iaconetti and Kevin Wendt ultimately won the competition, there were two other couples who took big steps in their relationship. It appeared that Dean Unglert was about to propose marriage to Lesley Murphy, as he got down on one knee with what appeared to be a ring box, but actually presented a key to his house and asked her to move in with him.

It was actually Benoit Beauséjour-Savard who then popped the real question to Clare Crawley, which she accepted. He proposed with a stunning, on-trend oval diamond ring with a halo and pavé setting. In a bit of a twist, Benoit and Clare actually broke up on the show, when she wasn’t ready to commit and wanted to continue getting to know Christian Rauch. However, the latter pairing didn’t last and she left the show. Benoit revealed that he sent Clare a text asking if she was okay after she left the show, and from there the duo rekindled their romance. 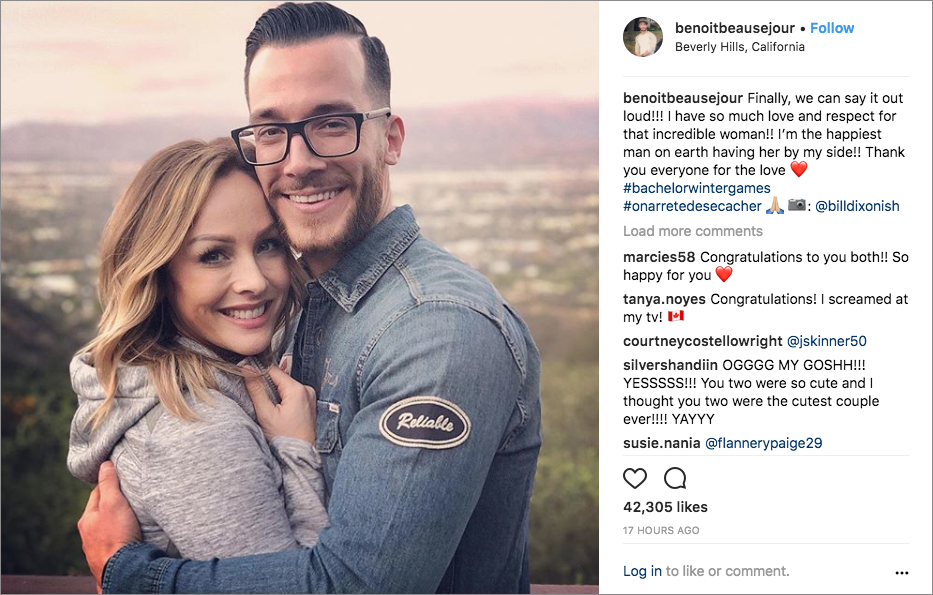 Though she still lives in Sacramento, California, and he in Montreal, Quebec, they plan to find somewhere for them to live together soon. Watch a video of the proposal below!

How to Beautify a Blank Space for Your Wedding

How to Deal with the Heat at a Summer Wedding