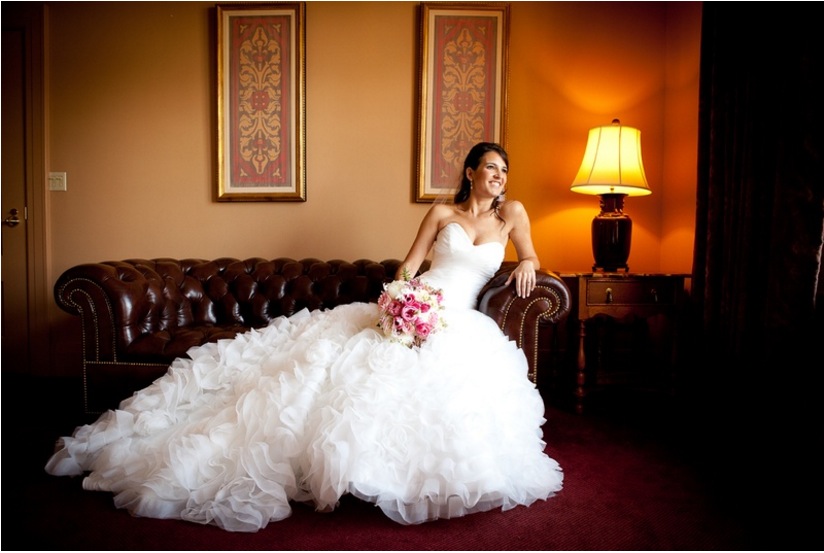 The tradition of the white wedding dress in western culture is often spoken about as if it is as old as the concept of marriage itself. However, the popularization of a white bridal gown is actually less than 200 years old. Though she was not the first royal bride to do so, Queen Victoria was a true trendsetter when she wore an opulent white lace gown at her wedding to Prince Albert in 1840. White was not only non-traditional at the time, it was quite a rare choice for a wedding dress. But as is still the case, the royal wedding changed what was popular throughout the western world. Unlike the large sleeves worn by Princess Diana, the trend of white gowns has lasted, largely due to its ability to be adapted to fit different cuts and styles. Though blush pink and a variety of off-white shades have been increasing in popularity in the last decade, white hues still tend to rein supreme.

Contrary to popular belief, the white wedding dress was not originally meant to represent any sort of “purity” of the bride. Queen Victoria actually chose white for economic reasons! The rise of the Industrial Revolution had slowed the demand for handmade lace, so Queen Victoria sought to boost production of handmade lace by highlighting it with a white wedding dress. It worked so well that both lace and white remain traditional choices for bridal gowns.

As for white dresses coming to represent purity? That seems to have happened gradually, taken from bits and pieces of traditions. The idea is even younger than the trend of white wedding dresses. Considering that christening and First Communion attire also is white, it makes sense that people chose to ascribe the purity meaning to wedding dresses as well. However, that just goes to show that the symbolism of a white bridal gown is open to personal interpretation. Blue dresses used to represent purity in Ireland, but nowadays many people would consider a blue gown to be on the wild side. All that matters is that your wedding outfit means something to you, whatever that something may be.

Choosing Between a Band and a DJ

25 Dresses to Wear to Your Friend's Summer Wedding