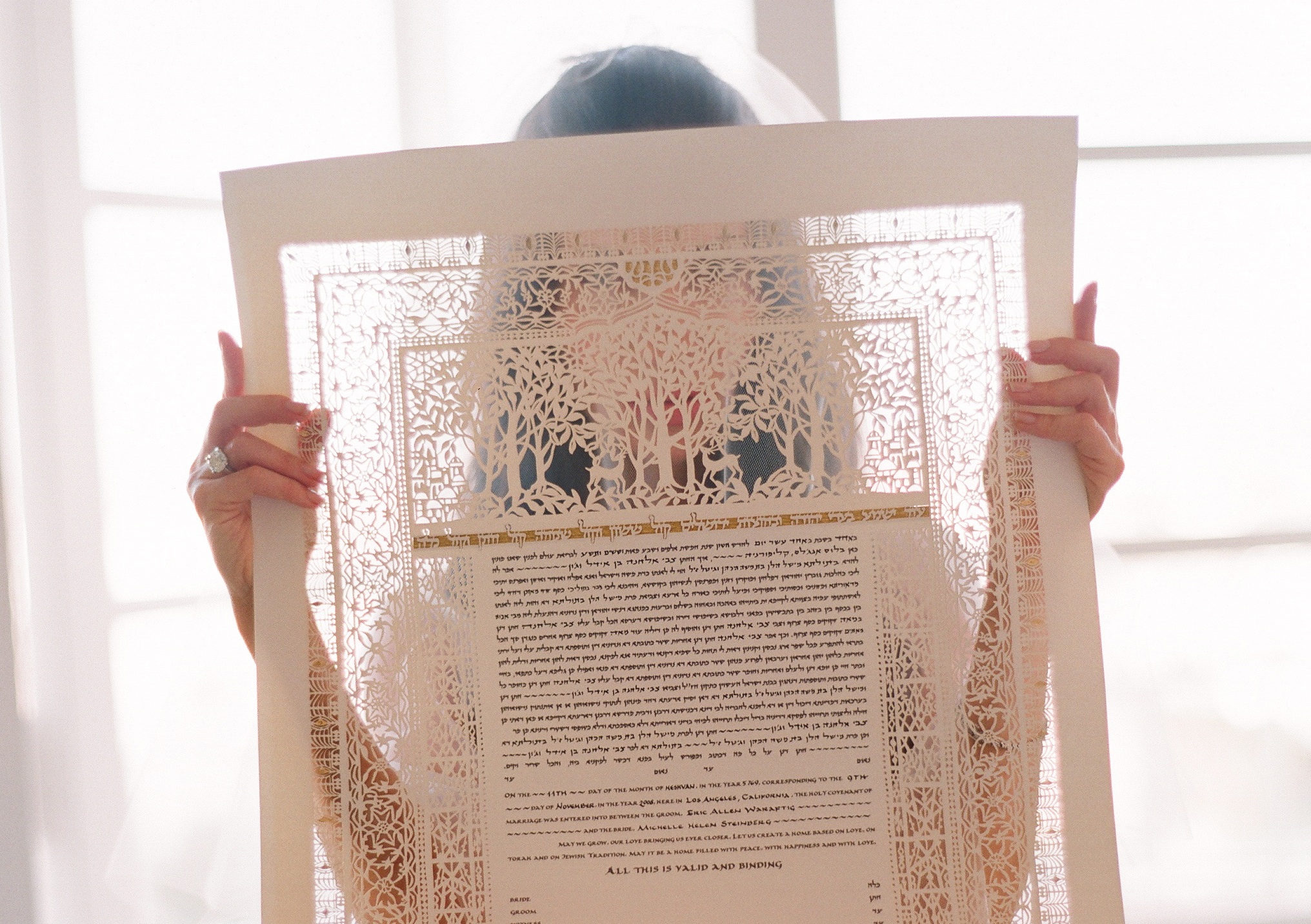 The Ketubah is a traditional Jewish wedding contract, which is signed at a ceremony in front of a small gathering of friends and family prior to the wedding. Historically, the Ketubah served as a legal document, outlining the financial obligations of the husband to the wife. Though Ketubot (plural of Ketubah) used in Orthodox and Conservative environments continue today to incorporate the same Aramaic language and wording used since ancient times, in the Reform and Reconstructionist movements, adjustments have been made to the text and the ritual to reflect the modern era. For example, traditionally, two male, Jewish witnesses sign the document to make it official. In more liberal settings, however, signatures from the bride, groom, as well as the officiant are required as well.

One trend that has developed over the past 30 years or so, according to Andrew Fish, marketing director at Gallery Judaica in Los Angeles, is the idea of Ketubot as artwork meant to be framed and hung on the wall in the house of the newlyweds after the wedding. For that reason, designs have become more elaborate and beautiful. Two of Gallery Judaica’s most popular artists, Danny Azoulay and Enya Keshet, create Ketubot using intricate paper cut designs, which are often hand-embellished with 14K gold. Keshet's ketubot are mounted on colored silk, and can be adorned with crystals.

This meaningful tradition seems to be growing popular outside of the Jewish religion as well, due to interfaith marriages and a movement within the Christian community to pay tribute to the roots of their faith. 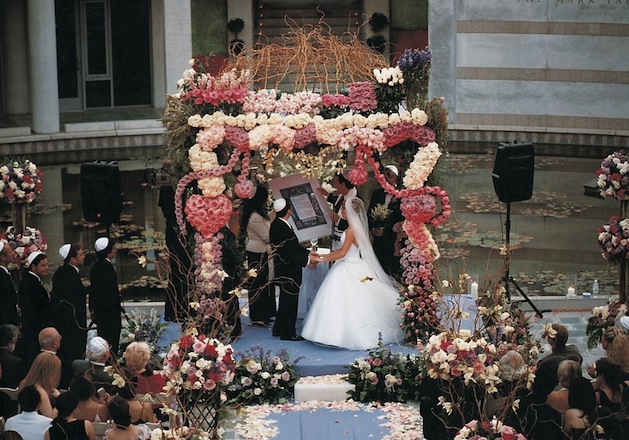 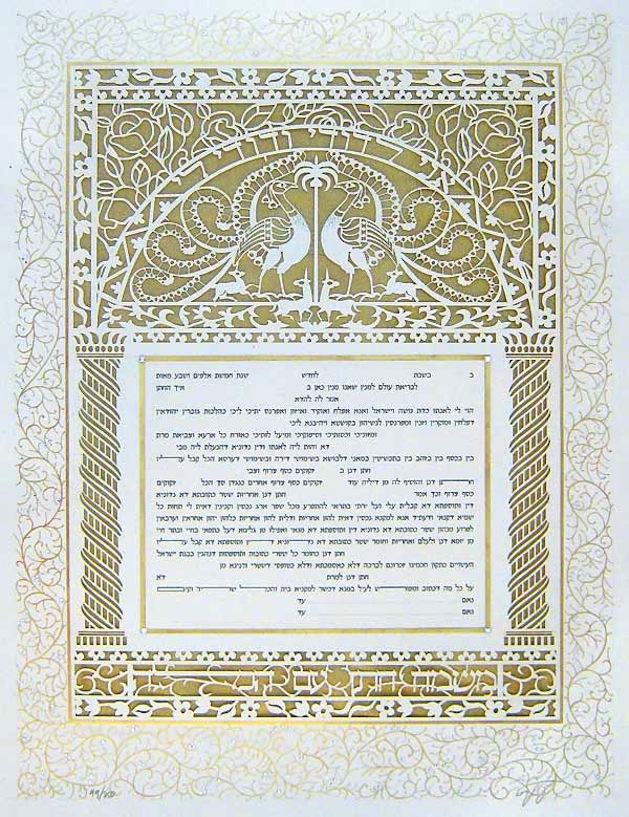 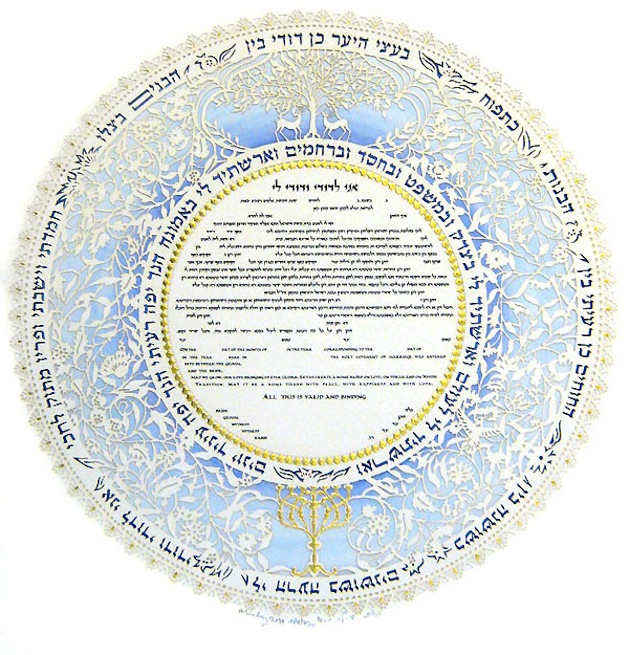 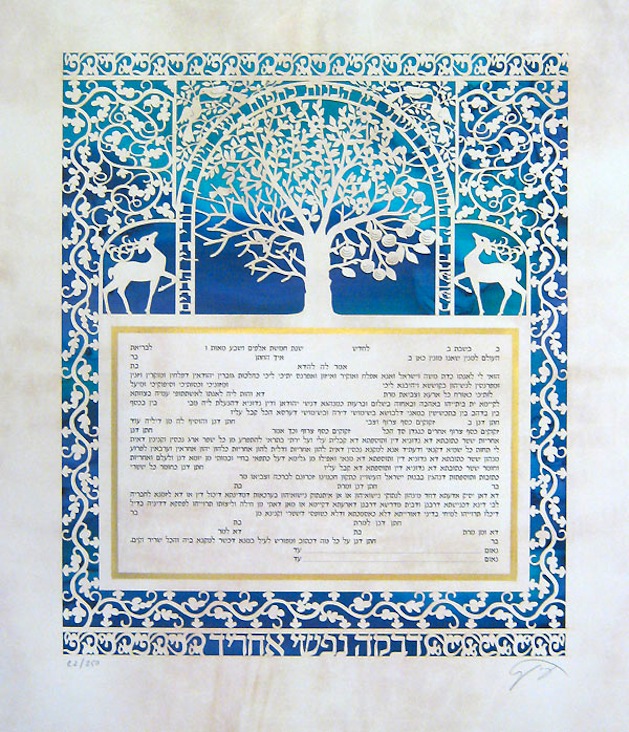 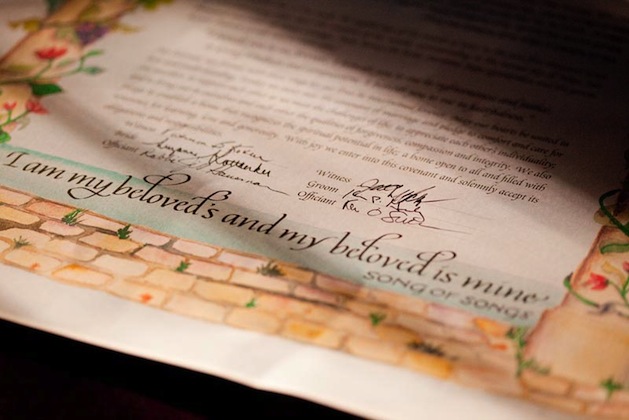 3 Essential Things to Look for in a Makeup Artist