Here's what you learn about marriage when your parents have been married for three decades. 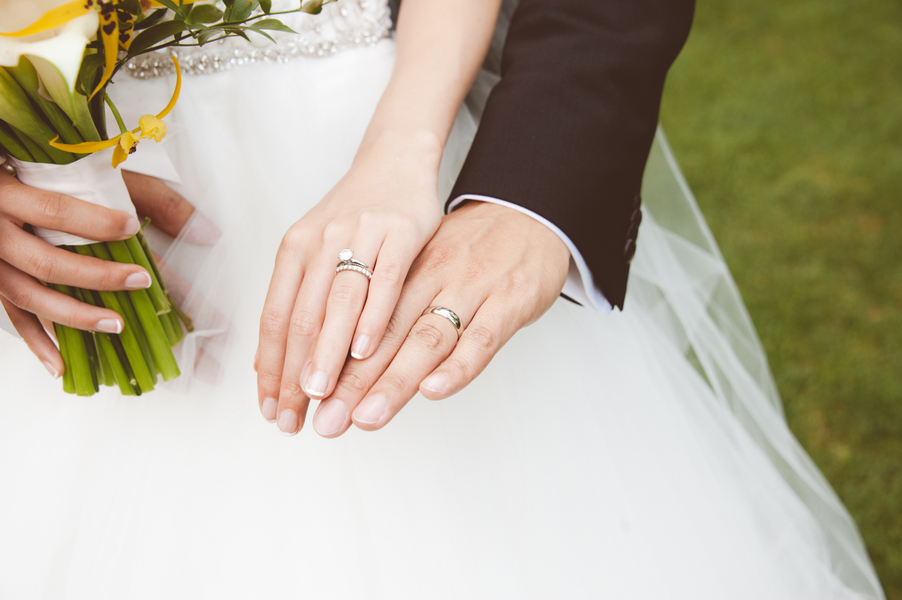 This summer, my parents celebrated their 30th wedding anniversary. After giving them a hard time for not inviting me on their trip to Maui, I began to realize that they had entered a unique, exclusive club: one for couples whose marriages had not only lasted longer than most, but became even stronger as the years went by. Writing for a wedding magazine means that I am surrounded by couples who are just beginning their marriage journey, and it's easy to forget that after the Champagne has been drunk and the honeymoon is over, these couples are left to navigate the day-in, day-out realities of living with one person for the rest of their lives. It's not an easy feat.

Over the last 25 years, I've been able to observe how two people build a life together, raise kids, and come out on the other end still smiling and cracking jokes about which retirement home they'll end up at. These are the pearls of wisdom you pick up when your parents reach that coveted 30-year milestone – and the wisdom every couple should know before walking down the aisle.

1. Romance is not required.
After my dad asked my mom to marry him, he followed up with the charming line, "This doesn't mean we have to get married right now or anything." Real romantic, Dad! But in an age where flash-mob proposals go viral and men hire proposal planners to craft an entire day's worth of activities, fancy meals, and bouquets of flowers, it's important to remind ourselves that over-the-top proposals do not equal a better marriage. The strength of your relationship, not the number of carats in your ring, is what counts.

That being said, it never hurts to make an occasional romantic gesture that shows you're thinking about your partner. My dad has been known to bring my mom both flowers and Jack in the Box gift cards, for example. It's the little things.

2. A sense of humor is mandatory.
After 33 years together, my parents still have inside jokes. They still quote their favorite lines from Seinfeld to each other, and they have even sent each other goofy text messages while they're both in the house. And for a long time, my dad called my mom Yulie instead of Julie (don't ask). How can anyone make a marriage survive if you never make each other laugh? When your partner can make you giggle like a schoolgirl over nothing at all, you know you've got someone who will actually make your life richer and happier.

3. You have to enjoy each other's company without the kids.
It's a story told time and time again: once the kids move out, suddenly Mom and Dad realize they don't actually enjoy spending time together anymore. Without the kids as their sole focus, many couples discover that they don't have much in common. My parents miss me now that I'm out of the house, but even when I was a kid, I could tell they were genuinely friends and didn't need me around in order to find things to talk about. The fact that they've gone on three vacations without inviting me and my sister tells you everything you need to know!

4. You should have some common interests, but respect your hobbies that are different.
If you want to spend decades with someone, you should have a few activities you love doing together. For instance, my parents go to the movies nearly every weekend, will walk for hours on a nice path beside the ocean, and still faithfully uphold their tradition that they instilled when I was a kid: going out to dinner every Friday. That's not to say they do everything together – but they respect each other's interests that aren't their own. My dad doesn't bug my mom to put down the newest celebrity memoir, and my mom doesn't complain when my dad wants to watch the Stanford basketball game on TV. Give your partner the space to do whatever it is that they love and compromise whenever possible, so you both get to enjoy your hobbies.

5. Your values about the "big stuff" should be the same.
There's no need to agree on every little decision you two make. But you should be on the same page when it comes to important things, like money, religion, and how to raise your kids. It would be exhausting to be in a constant battle over your monthly finances, for example, or whether or not you'll require the kids to go to college. My parents saved themselves a lot of arguments by having the same values and outlook on life, which governs their biggest decisions.

6. Remember: You're on the same team.
With my parents, there's no battle for control and no sense of competition. They're just on each other's team. They'll go with each other to important doctor's appointments, remember who are each others' most tiresome coworkers, and attend each others' family and social functions they'd secretly rather skip. At the end of the day, your spouse needs to be in your corner, and if you feel like you're on different teams, you're doing something wrong. My parents are each others' number one cheerleaders – period. 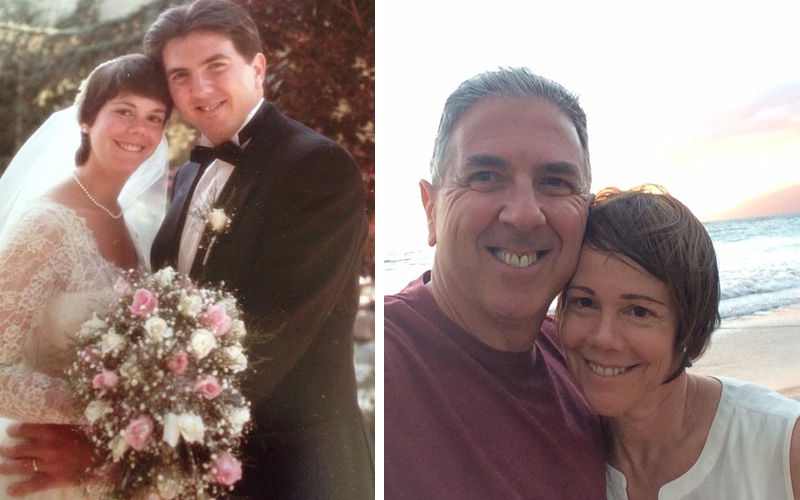 The happy couple on their wedding day in July 1985... and 30 years later, celebrating their anniversary in Maui!