I met Mike while visiting friends at their college. When I began the drive, I was looking forward to a fun fall weekend catching up with friends – had I known I was going to encounter my future husband I probably would've spent more time picking out my outfit.

Mike struck up conversation and we instantly had a lot to talk about, although it was a brief introduction. His sense of humor definitely left an impression and I found myself thinking about him the next day, which is why I was pleasantly surprised and a little excited when I received a Facebook message the following week from him, which led to an exchange of our screen names. (Am I totally dating myself here?!) Now, this was back in 2004, long before your mom, aunt, and five-year-old cousin were on Facebook. If it weren't for Mark Zuckerberg and AOL Instant Messenger, who knows how things would've worked out.

We spent the following year talking incessantly and a close friendship blossomed, which is why I was nervous when he asked me out, a little over a year to the day we met. We dated long distance for the remainder of college and the following year, briefly breaking up but eventually finding our way back to each other.

Fast forward to the summer of 2014. Mike proposed on the beach in Montauk, NY, after a perfect summer day. (I know that might sound beyond nauseating, but there are few things I enjoy as much as a good beach day.) The evening ended with a walk on the beach, where Mike popped the question. Sure, I knew we both wanted to get married, but in the moment I didn't see it coming, (especially because we hadn’t discussed the ring). It was low-key and private; there was no photographer hiding in the sand dunes, no skywriting. 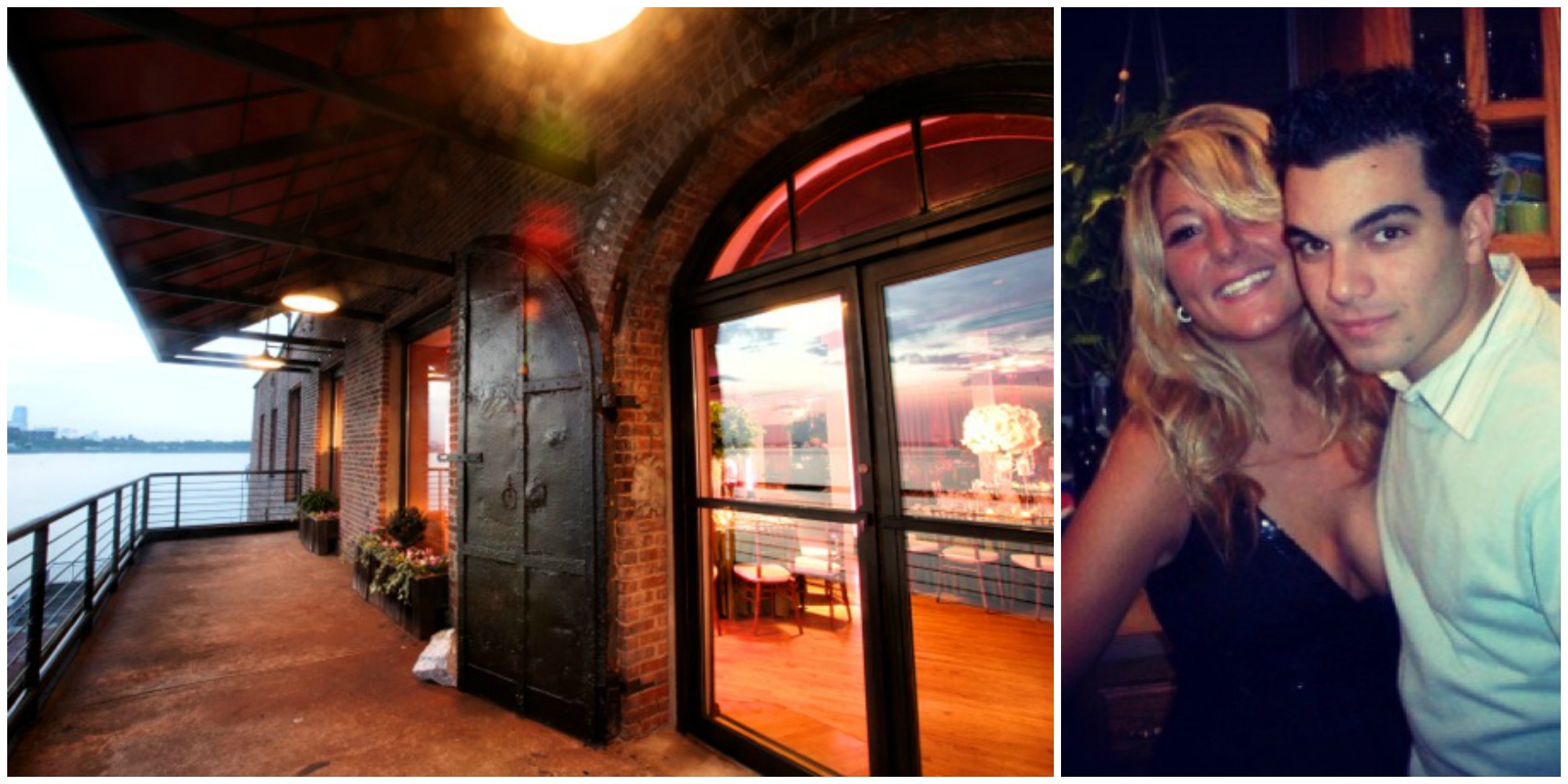 Not only are we both from NYC, but with my Greek background and Mike’s Italian heritage, our growing guest list quickly limited our venue options. I managed to eliminate a lot of places over email, based on capacity size and our spending limit. We already knew we would have a religious ceremony in the Greek Orthodox Church I attended while growing up, so it was mainly settling on a property that we loved and was convenient for guests. While most people spend hours going over every detail for the reception, it's easy to forget that the ceremony is actually where you become husband and wife. It’s the most important portion of the big day!

A month or two after getting engaged we went to see Liberty Warehouse. We both loved the open space, the gorgeous views of the lower Manhattan skyline and the fact that it was in Brooklyn, making it favorable for our family and friends. However, getting a date wasn’t as easy as selecting a venue! When we visited the space we were told couples were beginning to book weddings before they were even officially engaged – I was completely shocked when I first heard this, but you would be surprised as to how common it actually is. Hey, different strokes I guess.

Although originally we wanted to get married in fall 2015, we decided on May 7, 2016 – and the longer engagement was definitely necessary, although I didn’t realize it at the time. I was bummed when a Saturday in September or October 2015 wasn't available, but I quickly learned that you have to be flexible when it comes to this decision-making process – and I also believe everything happens for a reason. In this case, the reason being our busy schedules in 2015, coupled with my indecisiveness and general lack of knowledge would've made it impossible to get it together in a year. So many people do it, and I commend you – I can also admit I am not one of you.

After you get engaged, it's important to think about what type of wedding you both want to have – sure, the majority of the focus is traditionally on the bride – but this isn't a chance to throw yourself a Super Sweet 16 – the wedding is supposed to be about both of you. Chances are you're already on the same page; there's a reason you're getting married, after all! So, make a list of venues and start reaching out for information.

With an idea of how many people you want to invite and how much you can spend, you can quickly eliminate venues and save yourself some time. Doing the research and sending a few emails was one of the easiest parts of the planning process. The best advice I got when it came to this was from my mom, who instructed me not to visit a place that was unrealistic for our needs. If it was too small or way too expensive, there was no point in going to see it in person and falling in love with it. While being engaged may seem like a great excuse to go visit a slew of beautiful spaces and venues since it’s so early on in the planning process, but be realistic and don’t make it harder on yourself than it has to be.

Getting engaged is an exciting time, and it actually took us a month before we even began contacting venues. Sure, maybe if we were more focused on setting a date we would’ve ended up with a fall wedding, however, there’s no right way to go about the process. If the date or time of the year is extremely important to you, time is definitely of the essence.

With the venue out of the way, it was time to select our vendors and find the dress – but more on that later!