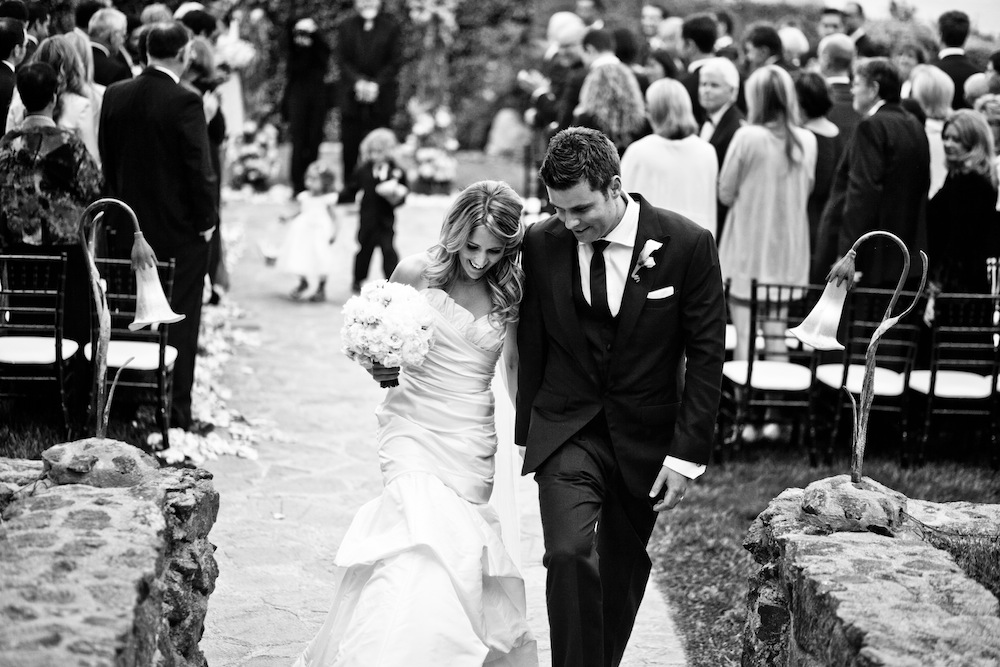 If I ever ask a woman to marry me and she doesn’t cry at some point during the proposal, I’m rescinding the offer. Immediately. Even if she says, “Yes.” If there is a dry eye in the house, I may just stand up, toss the ring over my shoulder and say, “Never mind,” as I walk away.

I really have no idea how I might propose, but that is as it should be. It’s a moment that I hope will be influenced as much by the relationship I am in as by my own originality. Of all the many proposal stories I’ve heard, the ones I love the most were inspired in these ways. They also share a common theme: Despite their best intentions, none of my friends had any idea what the hell they were doing when they popped the question. No matter how well or how poorly thought out each plan was, in some way or another, they all went awry. And still, the women all cried.

My sister got engaged almost two years ago. Her then-boyfriend-now-husband had arranged for them to spend a week at a beach house. He wanted to propose to her on their last day there, the day before our two families would get together for Thanksgiving dinner. He had planned to do it during an early morning walk along the beach, and so at dawn each day – partly because he was so wound up he couldn’t sleep the entire time, and partly because he didn’t want her to be suspicious when he asked her to get up early on the actual day – he would take my sister for a stroll. By the time the big day had arrived he had been acting so restless my sister intervened: “I don’t know what is going on with you right now, but when we get back to the city I want you to see a sleep specialist. This is becoming a problem.” Not the reaction he was going for, but my brother-in-law still proposed, kneeling down on the wooden path that ran along the sand. She couldn’t help but cry.

My friend Matt got engaged when he was 22, mere months after we all graduated from college. We thought he was crazy. (Eight years later, he is still married and not crazy.) Matt is a very relaxed and easy-going guy, the kind who, when asked what he wants to do, will gladly say, “Whatever.” Despite his laid-back demeanor, when it came time to propose, he decided to orchestrate a day of activities. He planned to guide his girlfriend through a series of events, adhering to a strict schedule. What he didn’t count on was Marla enjoying each activity so much she didn’t want to leave. From a not-so-leisurely brunch to a museum tour at break-neck speed, Matt was constantly shuffling her along. By the time they reached a knoll overlooking the ocean – Matt poised to ask for her hand – she was fed up: “What is wrong with you? You’re not talking, and all you’ve done is shove me from one place to the next. Why are you acting like such a jackass?” Panicked and sweating, he carried on with his rehearsed proposal. “I think she realized pretty quickly I was asking her to marry me,” he says. “She looked shocked, then guilty, remembering that only a few seconds before, she had called me an ass. Then it hit her – what I was saying, what I was asking.” She cried and cried.

When my buddy Bob decided to ask Leah to marry him, he wasted little time in getting it done. He literally woke up, rolled over, and thought, “I want to marry this woman.” After sending Leah off to work, Bob headed downtown to buy the ring, calling me along the way. “I need to do this perfectly. I need to really plan this out.” Bob is not a planner; he is a reactor, the kind of person who lives in the moment. That night, after a nice dinner at one of their favorite restaurants, he pulled the box out of its hiding place. He stared at it. Finally, he called Leah into their bedroom. She walked in, toothbrush in mouth, toothpaste foam on her lips. “Um,” he said. “I... uh... I want to ask you a question. But I want you to promise me you’re going to say yes before I ask.” Leah removed the toothbrush from her mouth: “I can’t say yes until I hear the question.” A second later when he got down on one knee, she knew what the question was going to be. As Bob spoke extemporaneously about their relationship, she started to cry. Only when it was all said and done did he pick up the phone to call Leah’s father and ask for his permission.

While totally out of character for these guys, their plans for proposing were perfectly in sync with their relationships. All of my friends had been knocked a little off balance by the women they wanted to marry. Their worlds had been, quite literally, rocked. Nothing indicates how different these guys are now (for the better) than these ill-conceived moments of awkwardness, and nothing has better shown me how much they love their wives (and, judging by the tears, how much their wives love them).

As for me, I don’t know how it will happen. My friends like to believe that in lieu of any sort of spectacle, I will simply call one day from Vegas or Mexico and say, “Gather the troops. It’s time to celebrate. I just got married. Can’t wait for you to meet her.” That certainly sounds like me, but then again, who knows how out of sorts I’ll be. I might actually propose like they do in the movies with some intricate little plan. Make a show of it. The only thing I know for certain: She better cry.

Summer Cocktails for Every Wedding-Related Event