If you've been asked to be a maid of honor, best man, or you're close to the couple in another way, you'll likely be asked to give a toast at the reception. While many get excited for this honor, others are nervous to speak in front of a crowd. No matter which side of the spectrum you fall on, it's safe to say that everyone gets nervous about crafting the perfect speech that will make the audience laugh, cry, and smile in the span of a couple minutes.

To help you write a wedding speech that will leave guests – and the newlyweds – impressed, we asked wedding speechwriter and journalist Wendy Dennis, who has been writing personalized wedding toasts for eight years since launching her niche business, to assist. Read her advice below! 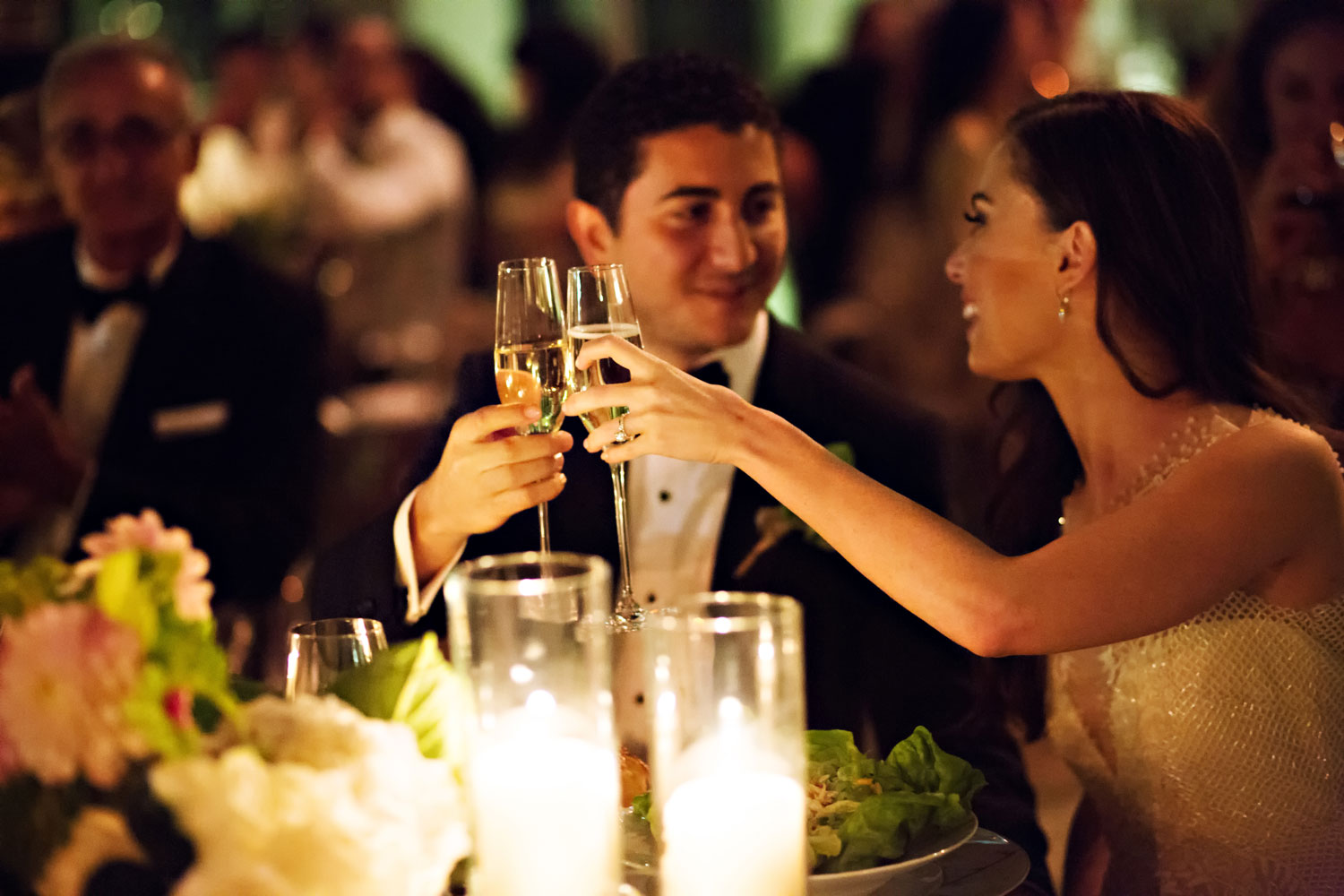 Anyone who’s ever had to sit through a bad wedding speech knows that having to endure one is a special kind of pain. You’re held hostage for what feels like an eternity while the toast giver rambles on, blissfully unaware that the audience has bailed. But a wedding speech doesn’t have to be an exercise in tedium or torture. That said, rookies do tend to repeat the same rookie mistakes, and as a professional wedding speechwriter, I’ve seen them all. So if you’d rather not clear the room when you deliver your speech, it helps to know the pitfalls going in. Here are a few of the most common.

The TMI Speech
You know how some people tell a story that they think is funny, but is actually so out of place that everyone in the audience wants to crawl under the table? What that person fails to grasp is that a story that’s amusing in one context may elicit an entirely different reaction in another. So while that story about how the groom lost his virginity always gets a big laugh on the golf course, it’s probably not going to play well with his loved ones on his wedding day. Therefore, rule number one is: know your audience. It’s quickly followed by rule number two: get a second opinion — preferably from a discerning person who isn’t afraid to tell you the truth and cares enough about you to prevent you from embarrassing yourself and mortifying the person you’re toasting.

The purpose of a wedding toast isn’t to impress your audience with the person of honor’s accomplishments. It’s to express why you love and admire the couple you’re toasting. That’s not to say that you can’t mention an achievement that speaks to the uniqueness of the bride or groom’s character or personality. You can and you should. But you have to use it to illustrate a larger emotional point you want to make about who they are and what they mean to you. Otherwise you’re just rattling off résumé bullet points, and when was the last time anyone was moved listening to a list?

The Cliché-A-Thon
A cliché, by definition, is a phrase or opinion so overused it betrays a lack of original thought. Most wedding speeches are cliché repositories, mainly because people tend to mimic what they hear other people say on ceremonious occasions. They do it because they think that’s what they’re supposed to say. But frankly, that’s precisely the reason so many wedding speeches suck. You’ve heard those lines a thousand times before; what’s more, they’ve been repeated so often they’ve lost all meaning and so they have a narcotizing effect on the audience. But don’t wait until your crowd is comatose. Troubleshoot the problem ahead of time by doing what professional writers do: put every single word and phrase in your speech under a microscope. If it sounds even vaguely familiar, get rid of it. And however tempting it may be, resist the urge to end by quoting a famous wise person, unless it’s your grandmother, in which case you have my permission to go for it.

Delivering an off-the-cuff toast actually requires tremendous skill. Unfortunately, the Midnight Rambler doesn’t realize this. So he doesn’t deliver a wedding speech – he talks a lot and probably about nothing that wedding guests care much about. He delivers a meandering mess and subjects his listeners to audience abuse. A wedding toast is like an orchid. You can’t just ignore it and expect it to bloom. You have to nurture it, whisper in its ear. If you don’t, you’ll just kill the thing.

Confidence is great. I’m all for having confidence, however, in the case of making a toast, the only kind that matters is the kind you earned because you did your research. So, prepare!

How to Prepare to Walk Down the Aisle as a Bridesmaid