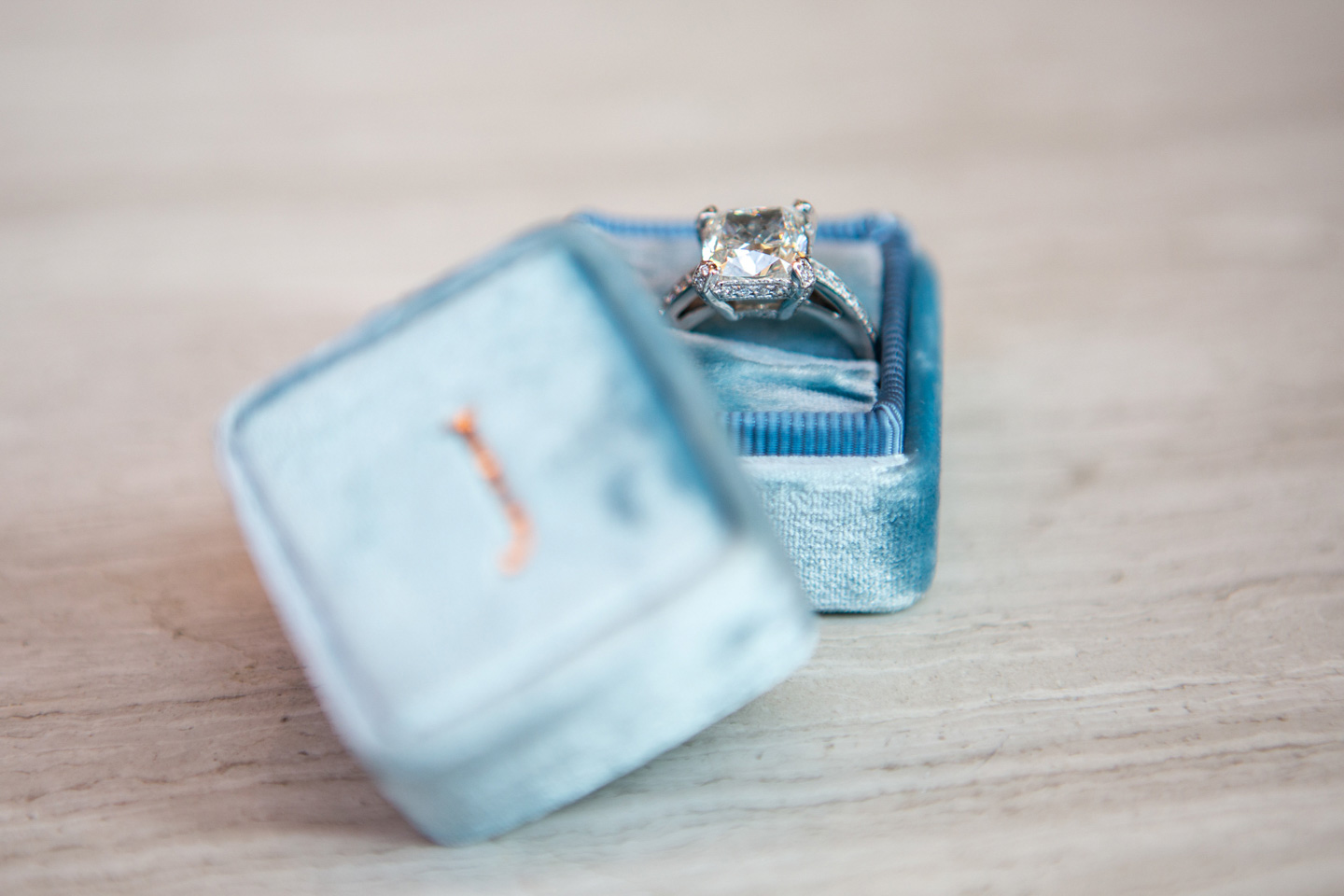 Romance is important in a partnership. Even the most practical of couples share in the occasional loveliness that comes with small – or large – gestures that show just how much their beloved means to them. Oftentimes, one of the pinnacles of romance in a relationship is the marriage proposal. Today, we celebrate love in all forms, and share seven stories from our real brides, whose weddings were featured on InsideWeddings.com, about how their beaus popped the question in order to inspire romance on this Valentine’s Day. Be sure to click on each woman’s name to see more from her nuptials! 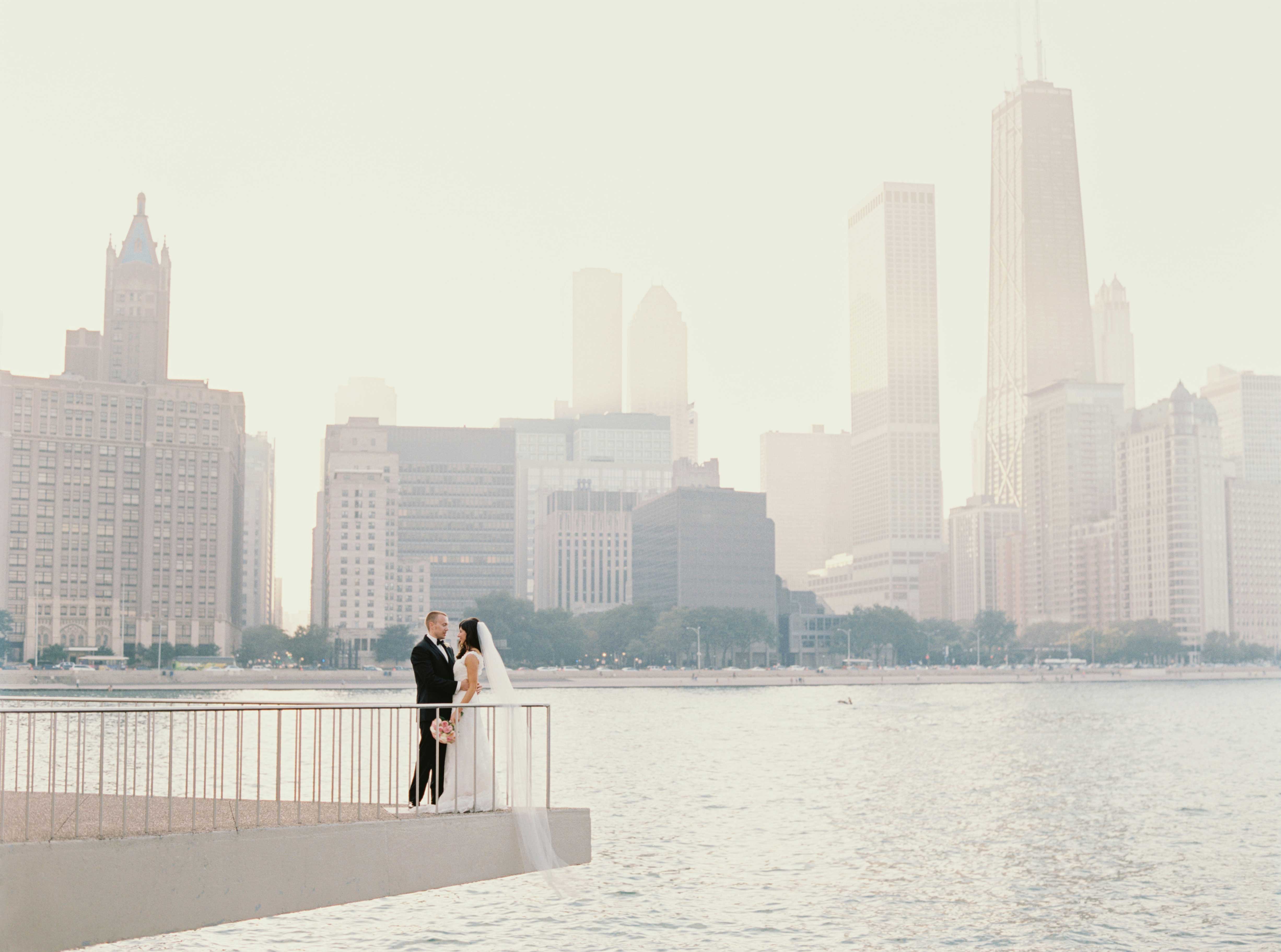 “Ricky and I were in London – it’s the city where we reconnected and very close to our hearts since Ricky lived there as well. We went to dinner the first night and Ricky was M.I.A. for a few hours. I woke up that Sunday morning at 7:30 a.m., which is 11:30 p.m. PST, so I was pretty jet-lagged. Ricky was taking his sweet time getting ready for our run that morning, and I remember thinking, let's go, babe! About 15 minutes into the run, he said, ‘Let's run through the park,’ and anyone who knows me knows that I don't like to change things up, so I was a little frazzled he wanted to change our normal route. All of a sudden he ‘pulled’ his calf muscle and went down. He was groaning and couldn't walk, so I brought him to a nearby bench. Secretly, I was upset, because I wanted to continue, and I knew my run was probably over. He started stretching his calf while I sat down, trying to figure out how we were going to get him back to the hotel. But, as he was stretching/leaning over me, he proceeded to get down on one knee! That is all I can remember. We ended up walking home, holding hands, and I asked him a million questions. He got my ring designed in Scotland and the designer had come into town the night before to drop off the ring!” – Leslie

“Andrew wanted to figure out ways to make the proposal special by tailoring it to our relationship. He started by selecting the opening night of the Sochi Olympics – my favorite sporting event – as the night he was going to propose. He covered our apartment with flowers, rose petals, and candles. He had also gone to the flower district with my mother, but had to stop her from coming up to the apartment – nicely letting her know that he ‘would take it from here.’ The most meaningful element of the proposal was the piece of artwork that Andrew created and presented to me after I’d said yes. He created a collage using tickets from events, movies, and trips we had collected over our eight years of dating. Superimposed on the collage was a picture of us, making it even more meaningful. The collage means so much to me, not only because it commemorates the night Andrew proposed, it also documents all of the incredible memories we’ve shared over the years.” – Emily

“I was away for work for 12 days and I was really surprised when he wasn’t willing to come pick me up at the airport when I got back. After having to get a taxi with two huge suitcases and no help, I texted him telling him to make sure he would come down from our condo to help me once I arrived. He kept saying he was falling asleep and hopefully he would be up when I got there. I was getting so mad at him in the car that I was ready to get into a fight with him once I got home. I texted him when I was pulling up and, miraculously, he came outside to help me. We went up to our door and he told me to leave the suitcases outside because our dogs would go nuts when they saw me after being away for so long – I didn’t think much about it. He opened the door and there were candles and rose petals everywhere! Both of our dogs had letters stuck to them saying that they approved and that I should marry him. He got down on one knee and proposed; I went from being upset to overjoyed!” – Lisa

“Josh proposed in our apartment — our first apartment together — which could not have been more perfect for me. It was Memorial Day Weekend and he suggested having a date night at our favorite restaurant since everyone was out of town. To ensure that I would actually go out to dinner with him and not back out last minute to just order in and watch a movie, when he made the reservations a few weeks prior, he told me we'd get 1,000 Open Table points if we went that day and time. He knows I’m a big Open Table dork, so I didn’t put up a fight! When we got to the restaurant, I got nervous for a second that he was going to propose since we were seated at our favorite table – I later found out it was truly a coincidence – but I knew he would never do it in a restaurant and wasn't even sure if timing wise it made sense. He was completely relaxed all night so I didn't suspect a thing! We took a cab back to the apartment and when I walked in, I thought there was a fire since it was dark and I only saw flickering lights from around the hallway corner. Thinking that I was living one of my biggest fears, I turned the corner prepared to see our apartment half burnt down but instead I saw candles, flowers, and photos of us from the past eight years displayed all over the apartment. While we were at dinner, he had his best friend set everything up. He got down on one knee and I said yes. Not only did Josh know that a private, intimate proposal in a meaningful place was exactly what I wanted, but he knew that I would also really want to share this moment with my parents, so he surprised me by having our parents (mine from Boston and his from New York) come into town the next day to celebrate with us. It was perfect!” – Jordanna

“It was New Year’s Eve. We made hotel reservations and went to a romantic dinner. Afterward, we wanted to celebrate midnight at one of DC’s monuments. Originally, we had plans to go to the National Christmas Tree, but when we arrived, we found out they stopped lighting it after Christmas. So, with ten minutes to midnight, we needed to find another place. We knew the Lincoln Memorial had a great view of the reflection pool and the Washington Monument so we told our cab driver, ‘Vamonos!’ We pulled up to the monument with one minute to spare. He grabbed my hand and we ran as fast as we could to the top of the Lincoln Memorial stairs just as the crowd started counting down “10, 9, 8…” Even though I was sprinting in a dress and heels in 10° weather, we made it to the top right at “3, 2, 1!” I turned to Vincent to share our New Year’s kiss and he was down on his knee with the ring in his hand. He asked me to make him the happiest man on earth and to be his wife. I gave him a big kiss and said, ‘Of course!’” – Gabriela

“David proposed to me on the Santa Barbara coast. He surprised me by setting up a beautiful picnic on a bluff overlooking the ocean, and after we had some Champagne and lunch, he gave me a card with a red heart drawn on it that was blank inside. As I looked up from the card, he was on one knee holding my stunning engagement ring. I cried for hours and we celebrated into the night!” – Aarin

“He proposed at one of our favorite restaurants in Chicago. We had both just finished our intern year of residency, and as a celebration, he had booked a table on the restaurant’s awesome outdoor patio weeks in advance, although he pretended to make the reservation online when he told me about it two days before. During dinner, I asked him if we could take a picture together, but since we were sitting across the table from each other he said it would be better to take it later. Little did I know that earlier, he had explained to our waiter that I would ask him to take a picture – he knows me well – and, of course, I did exactly as he had hoped. When David came to my side of the table he bent down on one knee and asked me to be his wife. At first, I thought he was looking for something, so I was looking at the ground until I realized he was proposing! Our waiter took multiple photos and captured the entire engagement before he helped us celebrate with Champagne and dessert. The whole patio was standing and clapping at the end and after dinner we celebrated at a surprise party he planned with our closest friends and family, many of whom came in from out of town.” – Nina

View pictures from a sweet Valentine's Day styled shoot, discover 10 ways to design your nuptials with a V-day motif, and find out how to choose flowers for Valentines!!

Should You Have Your Wedding at an Estate?

How to Incorporate Your Greek Chapter into the Wedding