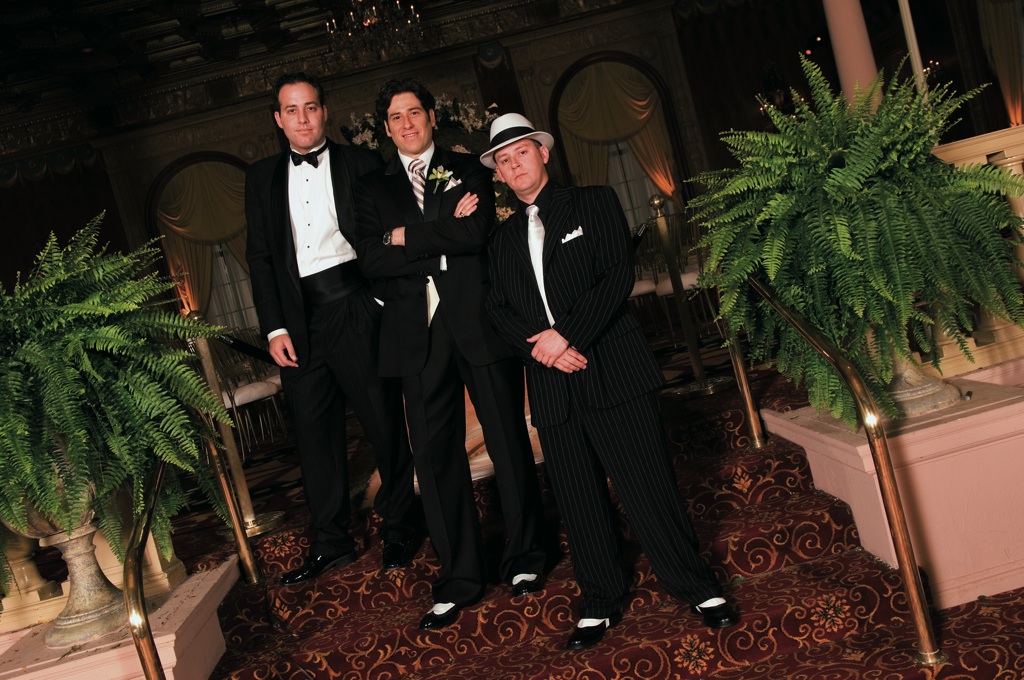 When my friend Kris* gets married this month there will be no groomsmen standing with him as he recites his vows; no friends from high school, no friends from college -- no FRIENDS period. It will only be the groom and his older brother, the bride, and her maid of honor.

This decision seemed like a bad one many months ago when he called to explain why I, his friend of 15 years, the person who has observed every significant moment of his life since we met, would be relegated to sitting with the common folk instead of enjoying the honored vantage point I had always expected to have.

“What do you mean you’re not having groomsmen? That’s a stupid idea,” was my initial response. It took me all of two minutes to break my cardinal wedding rule: Never make it about anything but the bride and the groom. Yet this decision felt personal. And as I spoke to the rest of the dead-men-not-walking it seemed I was not alone.

Rich*, another thwarted groomsman: “Yeah, we just got off the phone.”

Me: “Did you guys talk about the wedding?”

That’s how it went. Phone calls, emails, group emails -- our reactions were strong. You would have thought Kris had called to un-invite us to the wedding. But being a groomsman is one of those central events in every male friendship. We think about it, plan for it, and wonder who will make the cut. It’s a selection process that begins in high school, changes in college, and somewhat cements itself after graduation. We think, “These are my boys. These are my brothers. They will be with me on this day.” Every guy looks forward to standing up and watching his closest friends get married. We don’t want to simply bear witness; we want to be the witnesses. As a guy, you know who will be in your wedding and whose weddings you will be in. It’s never a conversation that needs to be had, until it needs to be had.

In the past few months, our collective disappointment has turned into an endless cycle of trash talking. When Kris’ brother finally sent an email about the bachelor party, you cannot imagine how quickly we six men sent back the same reply: “Isn’t the bachelor party for groomsmen? It’s really not right for me to accept, but thank you for thinking of me.” When the invitation to the rehearsal dinner arrived, Kris received the following: “It seems that you mistakenly invited me to your rehearsal dinner. I just thought I’d point out that the rehearsal dinner is for the family and wedding party.”

A month ago, we formed an email group called “The Faceless Few” and threw around some ideas for how to make our presence a little more present on the big day. Mine were simple: Every would-have-been-groomsman should wear a tux. Not just any tux, but matching tuxes. When the minister asked everyone to “please be seated,” we would simply remain standing -- throughout the entire ceremony. During dinner, we would take our chairs and surround the couple’s table, forming a rather conspicuous circle. People would wonder who we were and someone would explain, “Oh, them. They were supposed to be the wedding party.” Similar ideas were tossed back and forth until someone brought up the obvious: “Dude, Kris could get really mad at us.” We all solemnly agreed. Our silent protest stopped before it could begin.

I’m not sure that any of us will ever really understand his decision. When the wedding day comes, though, I will be there with a big grin, a stylin’ outfit, and my dancing shoes. And as his oldest friend, I will be sure of three things: 1) I should have probably been a bigger person about this; 2) We’ll all smile, toast, and have a great time; 3) When the statute-of-limitations on the truth expires, and we’re all sitting around 10 years from now, this will become -- with every exaggeration, white lie, and embellishment we can provide -- a great story. At least to us. “Oh yeah, remember when we weren’t groomsmen at your wedding? That was awesome.” He’ll never live this one down.

Update: Days after the writer sent this column to his editor, Kris called with the following request: “Gertrude* and I were wondering” he said, “if you would give a reading at the wedding. We’d really love it if you would.” The writer responded that it would indeed be his honor and his privilege to read at their wedding and then wrestled with the guilt of having sold out one of his best friends in print. This guilt lasted only a few moments.

*Names have been changed to protect the innocent. In this case, the innocent relates only to the writer, who does not wish to anger his friend.

How a Catering Manager Differs from a Consultant

Your Guide to Rehearsal Dinner Etiquette

How a Catering Manager Differs from a Consultant

Your Guide to Rehearsal Dinner Etiquette