As time has passed and many couples choose to get married later in life, it has become increasingly common for couples to live together than not. In fact, depending on what region you live in, you likely know more couples who chose to cohabitate before tying the knot than those who decided to wait to move in together until the wedding day. Often, religious reasons are why a pair of sweethearts might not live together until marriage – but not always! No matter your situation, if you’re not already cohabitating with your beloved, reading some of the main pros and cons of the choice to live together first may help you both figure out which way is right for you. 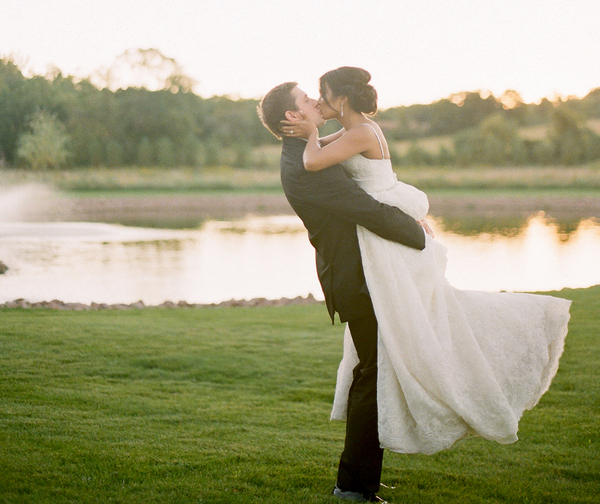 - You’ll both save money. Unless you choose to move into a much bigger space, sharing an apartment, condo, or house will almost certainly be cheaper than living separately – allowing you both to save more for the wedding!

- Prevents surprises after marriage. People dislike the term “test run” regarding cohabitation, but it is true that you could stumble onto previously unknown deal breakers after moving in together. Even if nothing is as bad as that, the two of you will be able to develop a routine so that you’re comfortable together once you tie the knot. They say the first year of marriage is the hardest, but that may not be the case when you’ve already agreed on the best way to load the dishwasher.

- No need to move after the wedding. Moving is an incredibly stressful experience, which is not exactly what anyone needs after spending months with the stress of wedding planning.

- Marriage might feel less special. The question of “How’s married life?” may be more difficult to answer if you’ve already lived together for years. It may feel like nothing has changed, which can be rather anti-climactic after throwing such a large event.

- You can become complacent. Rather than being the next step to engagement, cohabitation could ultimately delay that process as one or both of you feel like everything is already fine the way it is.

- Needing housewares before registering. Combining what you already own may not complete a household, especially if you were previously living with roommates. It can be frustrating to have to buy items for your kitchen and home when you’re hoping a wedding registry is in your future.

For more tips and advice, find out how to know you're ready to be engaged and what to do if your parents don't approve.

Wedding Registry Must-Haves for Hosting During the Holidays

Taylor Swift Songs for All of Your Wedding Events