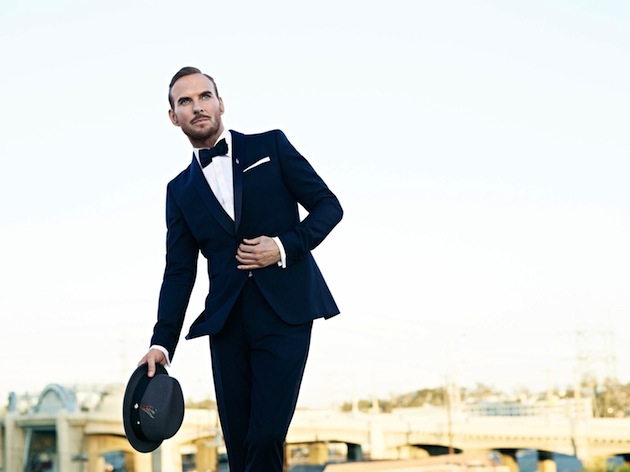 Matt Goss wants to help you say “I do.”

Formerly the lead singer of British rock band Bros, Matt is currently headlining at Caesars Palace’s Gossy Room in Las Vegas (yes, the venue was named after him), and last month released his EP I Do as well as his latest single: a joyful, jazzy ode to marriage proposals also called “I Do.” We recently caught up with Matt to discuss the inspiration behind the song and his advice for putting on toe-tapping wedding entertainment. He also shares his top 10 songs to add to any wedding playlist – take a listen below!

What was the inspiration behind “I Do?”
I’m a hopeless romantic. I started thinking – what’s the quintessential song for a man or woman to propose to? And I wanted to write a song that was utterly inclusive of all demographics. I thought, there isn’t a song you can definitively propose to. I was engaged before and I remember my knee gave out. It’s a beautifully submissive place to be, looking up at your lady, asking “Will you marry me?” I wanted to write a song that was powerful, authentic, glamorous, and romantic. I had a couple days at the piano and then I thought, “I’ve got the song.”

What’s the secret to writing a memorable love song?
When you’re writing songs, love is the easiest thing to write about. We’ve all heard so many love songs, but for me it comes from a deep place and my own experience. I have a song on my album [Life You Imagine] called “The Day We Met” about moving on and new beginnings, and another called “Formality,” about how hard it is to pretend you don’t love somebody. You took care of them, saw them when they were sick, and then there’s the formality of moving on. As long as the song comes from a place of real emotion – I love this quote: “Never waste good agony.” It should come from an authentic place.

What has performing in Las Vegas taught you about being a better entertainer?
I’ve been in Las Vegas for five years. It’s been really amazing and I’ve learned so much as an entertainer. I’ve played for 90,000 people at Wembley Stadium, where the Olympics were played, all over the world, and I’ve learned more at Caesars Palace. I’ve learned how to have more composure. Most of the audience knows me, but some don’t – they’ve heard of the show or read reviews. You just have to perform and bring your A-game. You just focus solely on performance. Also, [in a smaller venue like the Gossy Room at Caesars Palace] you get to converse with the audience; in an arena you don’t. But I was performing at Royal Albert Hall recently, and I was able to take my time more. It was the same concept as at Caesars. I like to feel as though I’m shrinking the venue.

What’s the key to getting a crowd excited and enthusiastic?
If I’m uncomfortable, the audience is uncomfortable. And I take into account my audience. I know the women have bought a new dress, new shoes, gotten a manicure, which is a turn-on for me, I’m a guy. And the fellas have a new suit, they’ve thought about the aftershave they’re wearing – all of these things carry into the night for me. I see it as an honor to perform for them. My show has swing, and it’s got the energy and it’s always full of enthusiasm. It turns into a speakeasy or club atmosphere. It’s all about commitment. I don’t ever dial-in a performance.

What’s your advice for putting on amazing entertainment at a wedding?
Always be conscious of your demographic. And glamour goes a long way in weddings – you can’t go wrong with glamour, especially for larger weddings. On an intimate level, you want to get an audience to lean into you, if you can, get the audience to want to dissolve into you. And have fun! If you love and respect your audience, you’ll get it back. I sing from the deepest part of my soul, and the audience feels that love.

What’s the craziest thing that’s happened at your show in Las Vegas?
I have so many I don’t know where to start. Sometimes we get things thrown at the stage, like women’s underwear or scarves. One night there was a man in a very nice three-piece suit. He took off the whole suit except for his underwear and yelled, “I love you, Mattie!” It was wonderful suit. The audience was crying with laughter.