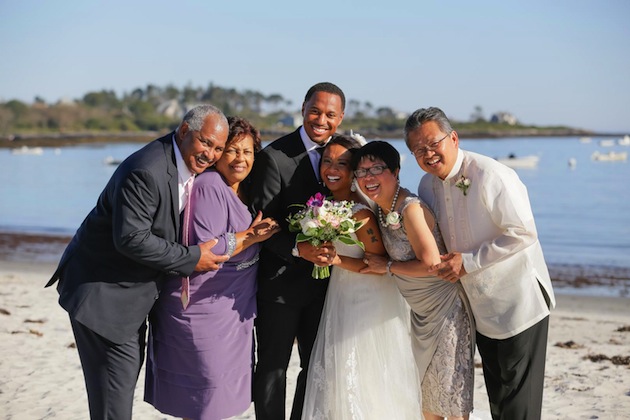 To discover the secrets to making a marriage last, we need not turn to celebrities or psychiatrists, but instead to the people who have actually done the work themselves: couples who have stuck by each other for 30, 40, or even 50+ years.

That was the idea behind a study conducted by Cornell University gerontologist Karl Pillemer, who asked 700 individuals in long marriages to share the keys to their success and provide advice for other couples. The average age of the interviewees was 77 and the average length of their marriages was 44 years. Cornell recently revealed the top 5 lessons gleaned from Pillemer's research:

1. Learn to communicate. Pillemer says the subjects believed most marital problems could be solved through open communication.

2. Make sure you know your spouse well before tying the knot. Young people were cautioned against marrying too quickly, and advised to accept that they can't change their partners.

3. Enter with the mindset that marriage is an unbreakable committment. According to Pillemer, long-married people viewed their marriages as a lifelong partnernship that couldn't be broken even if they went through difficult times.

4. Work as a team. Successful couples tackled problems together – including difficulties suffered by only one member, such as illnesses.

5. Opposites don't attract. Interviewees maintained that marital challenges are easier to face with a partner who shares similar values and interests.

In an interview with The Today Show, Pillemer revealed additional findings, including: Relationships must begin with physical attraction; have a similar sense of humor; keep an eye out for warning signs like violence and disapproval from friends and family; and make sure you always have that gut-level "in-love" feeling.

Need to brush up on your communication skills? Discover the positive strategies couples must know before tying the knot. Then, minimize surprises after the wedding with these four realistic expectations for newlyweds.

Get a Sneak Peek of the Fall 2016 Issue of Inside Weddings!

Get a Sneak Peek of the Fall 2016 Issue of Inside Weddings!