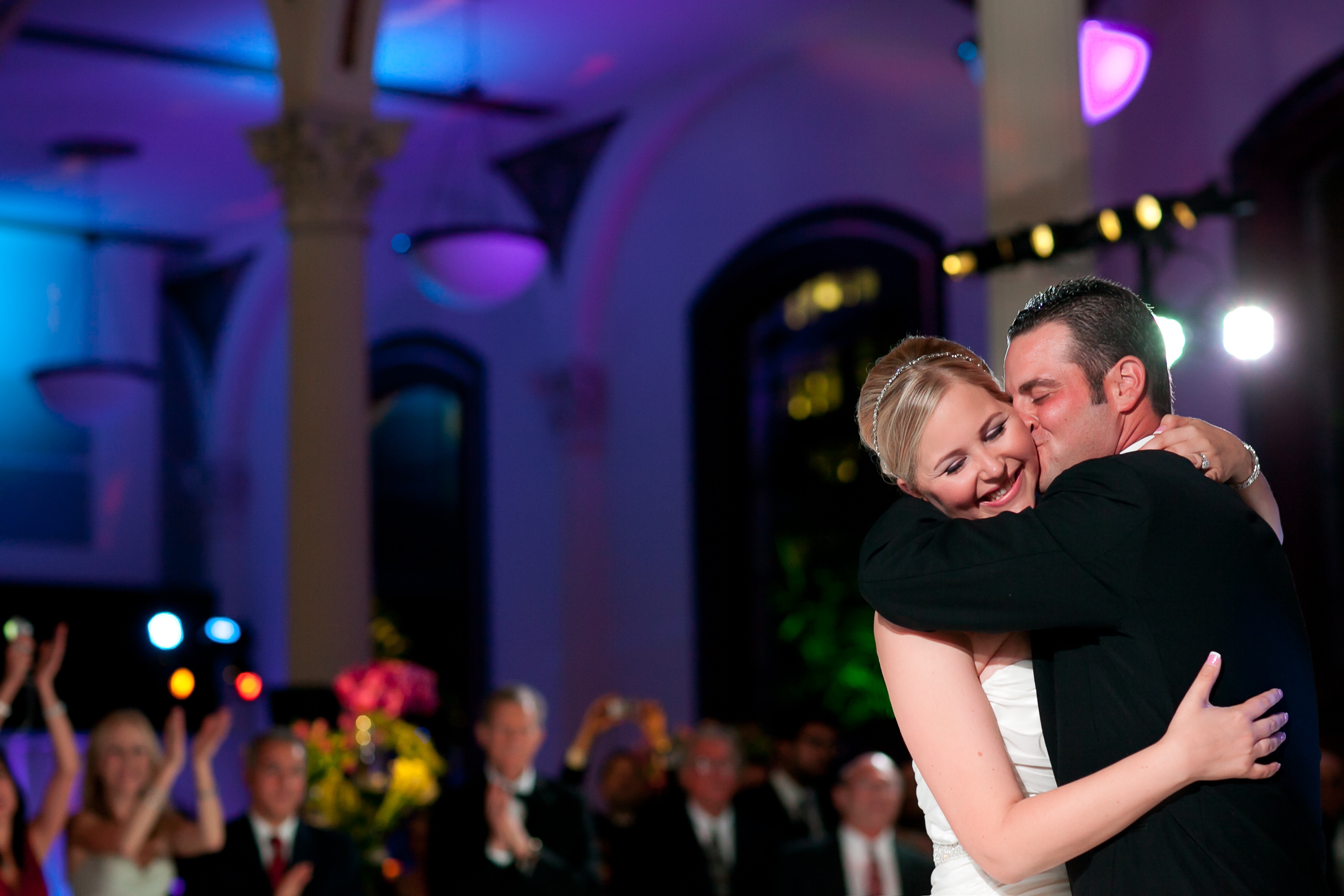 Morse code to telephone; radio to television; records to CD, video tape to DVD; and now film to digital. We are all part of a revolution in the photographic industry that will sound just as unimaginable to your children, as when your parents told you how they remember when their family first bought a black and white television set. Digital photography, though a relatively new technology, has become so prevalent that most people reading this article have at least touched a digital camera. Even so, there is still apprehension concerning the idea of a professional photographer photographing a wedding without film.

Embracing digital first requires opening up your mind to the idea, and allowing the professional photographer you choose to enlighten you on his or her own journey with this exciting new medium. Chances are that if the photographer you hire to photograph your wedding shoots digital, then they have done their homework and have proven to themselves that digital is an excellent alternative to film.

Image quality is usually a concern for most couples who are reluctant to use digital. Some people say you can’t enlarge the images too big; this is not the case. With a 6.5 megapixal camera captured in a large jpg, the file downloads out of the camera as an 18 megabite file, which will enlarge to 24'' x 30'' with little noise or distortion. Should you have the desire to blow-up an image larger than 24'' x 30,'' there is software that will allow you to enlarge beyond 30'' x 40.'' With that said, 98% of the images you will enlarge from your wedding to make your albums and for extra prints will be no larger than 8'' x 10.''

Let’s explore some of the advantages of shooting digital cameras over film cameras. Instant gratification and creative freedom give your photographer the ability to create, play, and have fun on your wedding day without limitations. Most people hire their photographer based on the beauty of his or her pictures. A photographer who has the freedom to try new ideas on the fly and erase them later if they don’t work is likely to be more creative than the photographer who is counting his shots so as not to cut into his profits by shooting too much film. Not to mention the fact, you can see if lighting, expression and exposures are perfect.

A great advantage of digital is the photographers’ ability to change the ISO (or equivalent of film speed) at any point during the wedding without having to change cameras loaded with different speed film. This allows the photographer to adapt quickly to a myriad of lighting situations, such as going from inside to the outside of the church.

The ability to make black and white or sepia images from one file is another great feature of digital. All digital images are captured in color and then can be converted to black and white or sepia at a later time. You may like the images as a black & white, however your parents may want it in color. If the original images was shot with black & white film there would be no way to make it color.

Retouching or digital manipulation is a huge advantage when photographing in a digital format. If you have a blemish, scar or wrinkle it can be removed in a matter of seconds, with a click of the mouse. More advanced retouching techniques can be done such as opening eyes if someone blinks or even adding or removing people from pictures.

Most photographers who shoot digital will also post your images on line for a nominal fee and a lot of the time for free, so that your family and friends all over the world can view you wedding images on the web. Your friends and family can usually purchase ,as well as view, your images which decreases the wear and tear on your wedding proofs. This wonderful option for brides wasn’t available five years ago.

There are a lot of new styles of wedding albums available to brides today. Shooting in a digital format keeps the cost of producing these magazine style albums down because there is no added expense of scanning negatives, not to mention the unlimited creative freedom that digital adds to this new generation of wedding album design.

The ability to back up and archive digital images is far superior to film. In the past you only have had one original with film, the negative. Shooting film you spend 8-10 hours photographing a wedding and then you send it to your lab, giving up control, and trust nothing happens to your film during processing. Once back, the film usually gets filed in a folder or box to await re-order. If those negatives were lost or damaged the moment would be lost.

With digital you have total control ever step of the way. Most photographers who shoot digital back up their images up to four or five times right away. First they go from the media card onto the hard drive of the photographers computer, then in some cases to an external drive and then backed up to a CD or DVD. One copy for the studio and one copy for an alternative location, so if the studio had a fire for instance, not all originals are on site. This is usually done before the photographer even edits your wedding. Once edited more CD’s or DVD’s are burned and backed up again.

Another important factor is that professional photographers use professional labs, not the same labs most consumer’s use. In the last two years, many labs have upgraded their optical equipment to state of the art digital processors, to accommodate the new digital technology. While an optical machine and a digital machine are fairly similar, but instead of light passing through a negative and exposing a piece of photographic paper, a laser is used instead of a light bulb to expose the paper. Some machines have up to three lasers, one for each color, used in the photographic process (RGB) red, green, and blue. The rest of the process is the same, the paper is exposed and it goes through the same photographic chemistry as before.

The ironic thing is with most labs switching to digital output, the photographer who still shoots film has to have all his film scanned to accommodate the new digital processors. So the photographer who shoots film is forced to work within a digital format. Some labs may still have optical machinery and they will most likely never totally disappear, but the technology will continue to advance. We can only compare it to using a typewriter to write a novel, instead of a computer.

The most important decision you have to make is not film or digital. The decision is which pair of eyes you are going to entrust the privileged task of capturing your wedding images. Hopefully you hire a professional who has made an educated decision on which tools are best to accomplish their job. Don’t let the fear of technology hinder your emotional decision. Follow your instincts, look at the images in the photographer’s studio, do they move you? Are you excited? Do you trust they know what they are doing? Would you invite them to your wedding? If the answer is yes, then trust them and allow them to do their job as the professional. After all, would you not want your doctor to use the most advanced technology when doing his job?

Discover the Printing Method That's Right for Your Wedding Invitation

How to Mix Traditions in a Multicultural Wedding