Your first dance as husband and wife is a special moment that's both intimate and entirely public. Many of the brides and grooms featured in the pages of Inside Weddings have shared that they feel as though they're the only two people in the room while swaying to a song that's special to them as a couple, surrounded by loved ones.

Some brides and grooms know as soon as they become engaged which song they'd like to listen to during their first dance as husband and wife, while others scour the web for a tune that's just right. To gather inspiration, we've collected the first dance songs chosen by the couples featured in the 2019 issues of Inside Weddings. To gather more wedding ideas and see the celebrations that included these romantic tunes, subscribe to Inside Weddings!

This year's couples chose a variety of new songs, as well as classic hits. Romantic songs performed by crooners such as “The Way You Look Tonight” and “Can’t Take My Eyes Off You” continue to be popular choices for modern couples, while others chose more recently performed songs, such as “Best Part (feat. H.E.R.)” by Daniel Caesar as well as “Perfect” by Ed Sheeran (along with his renditions with Beyonce and Andrea Bocelli). “You Are the Best Thing” by Ray LaMontagne and “You’re My Best Friend” by Queen were also frequently selected. 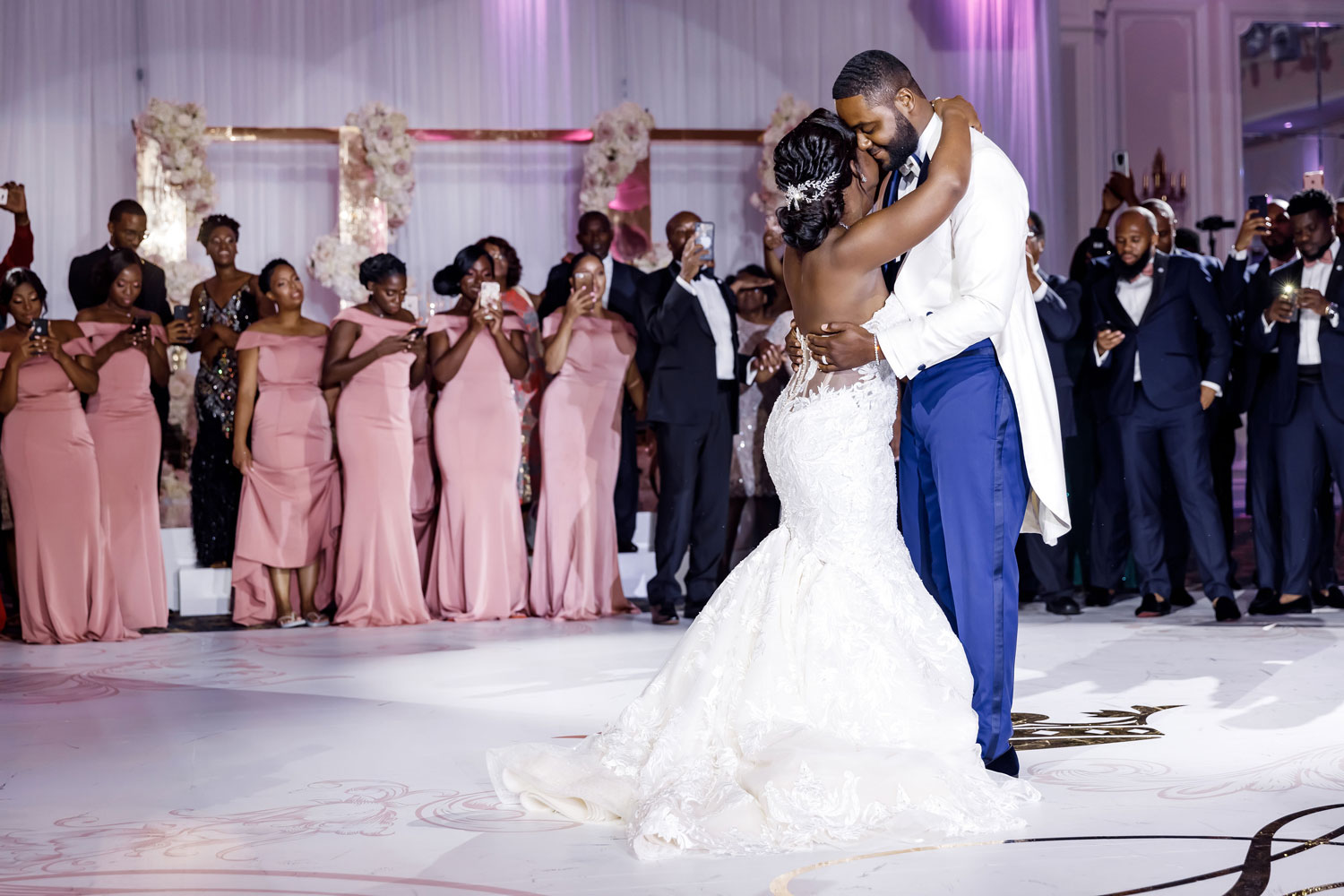 Take a listen to 35 popular first dance songs from 2019 below!

“Day One” by Tamia

“Forever Mine” by The O’Jays

“If This World Were Mine” by Cheryl Lynn & Luther Vandross

“I’ll Be” by Edwin McCain

“Is That Alright?” by Lady Gaga (from A Star Is Born)

“Is This Love?” by Corinne Bailey Rae

“Let It Be Me” by Ray LaMontagne

“Make You Feel My Love” by Bob Dylan

“One Woman” by Randy Rogers Band

“The Power of Love” by Celine Dion

“So High” by John Legend

“What a Difference a Day Made” by Dinah Washington

“You Matter to Me (feat. Jason Mraz)” by Sara Bareilles

“You’re My Best Friend” by Queen

“You're So Beautiful” by Fred Hammond

For more wedding music ideas, listen to popular wedding songs by Ed Sheeran, get ideas for your ceremony recessional music, and find country songs perfect for your first dance.

Questions to Ask Before Booking Your Wedding Venue