Getting engaged and preparing for your big day is supposed to be a magical time for both you, your fiancé(e), and your friends and family. Unfortunately, that’s not 100% the case for Kate Austin, who on a whim tweeted to Chrissy Teigen and Ellen DeGeneres that her parents would not be attending her wedding because they do not approve of the fact that she is gay. She notes that she will need someone to walk her down the aisle and take part in the father/daughter dance, and then shares three beautiful photos of her proposing to her fiancée, Sarah Sulsenti, in the rain in front of the Eiffel Tower in Paris. 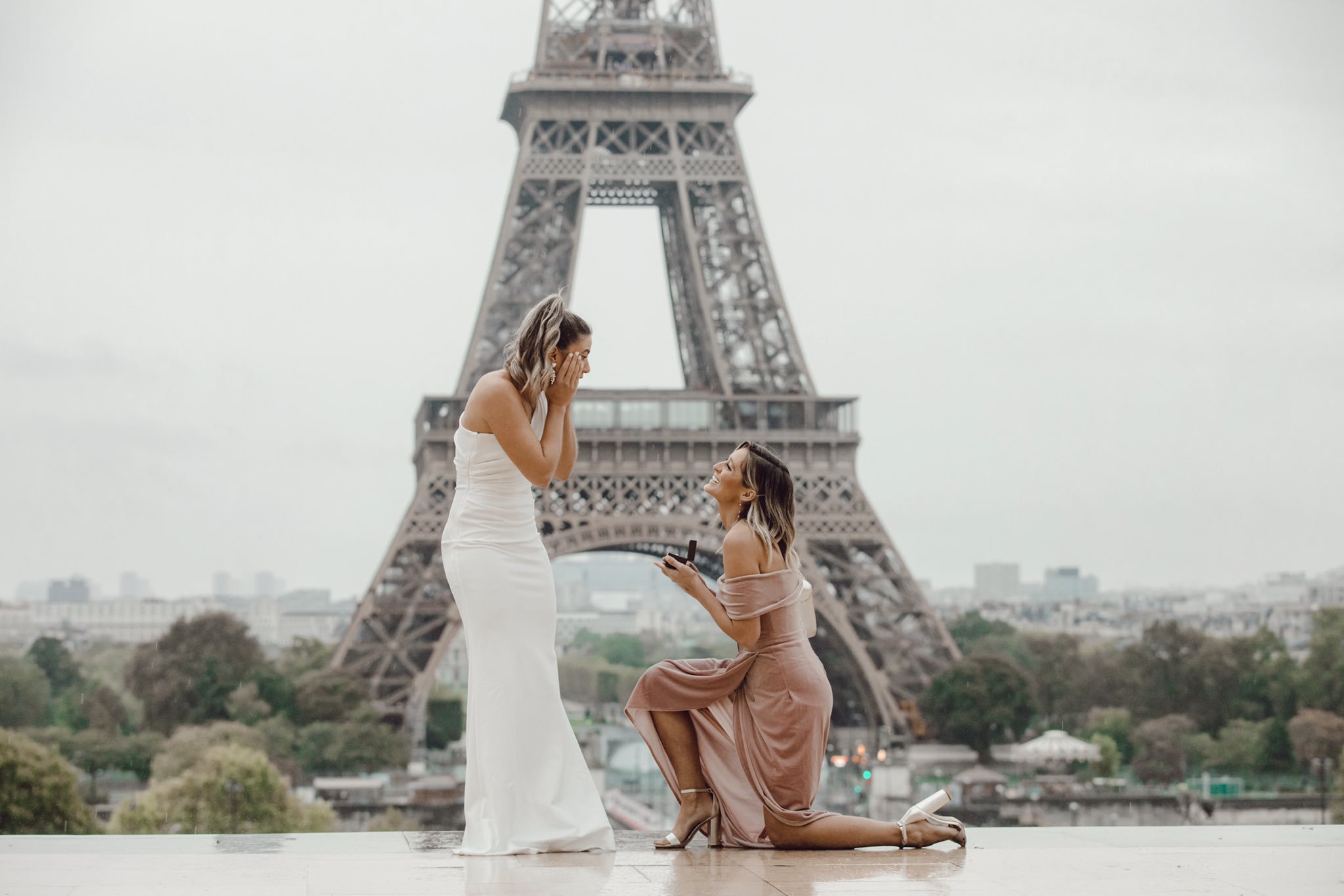 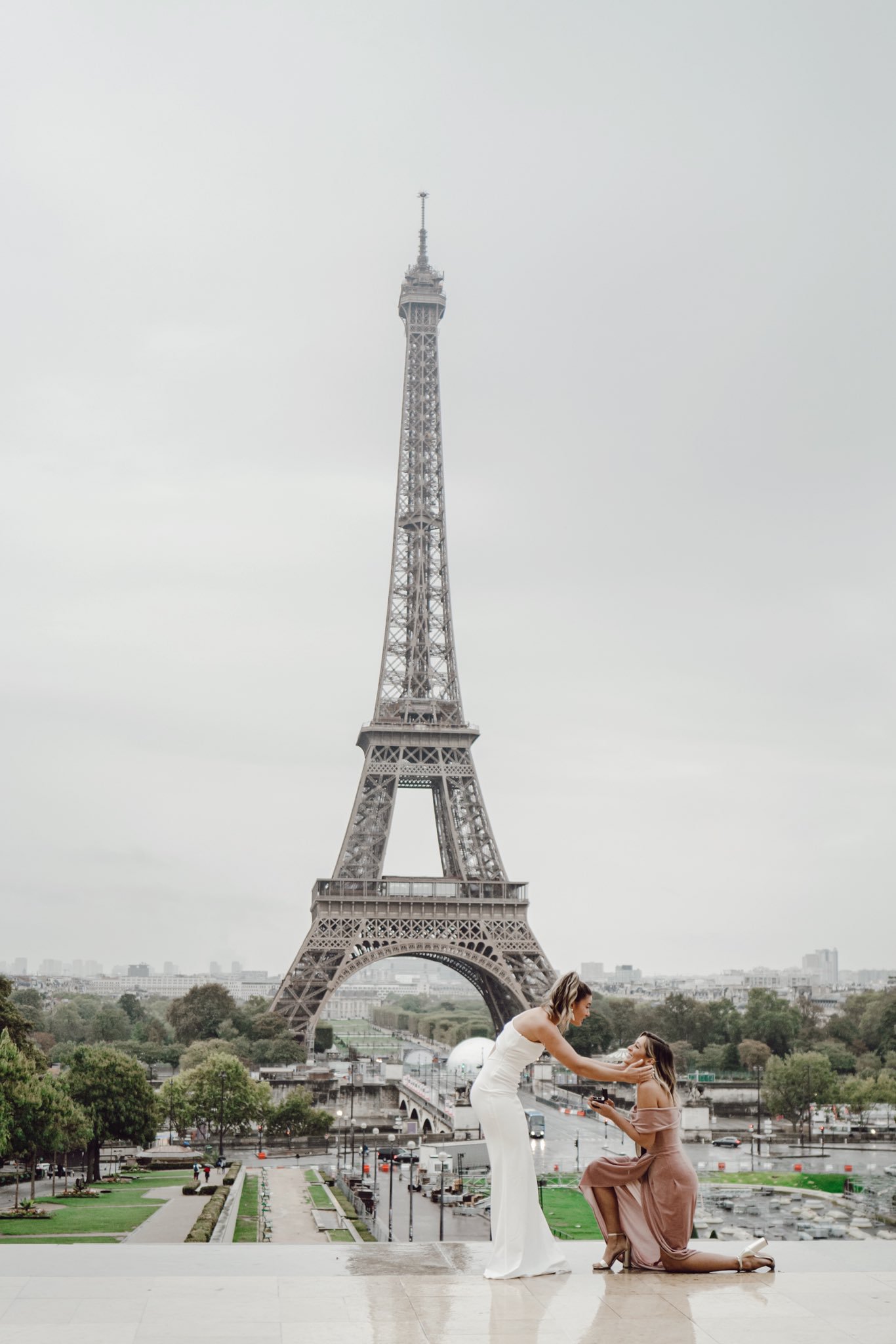 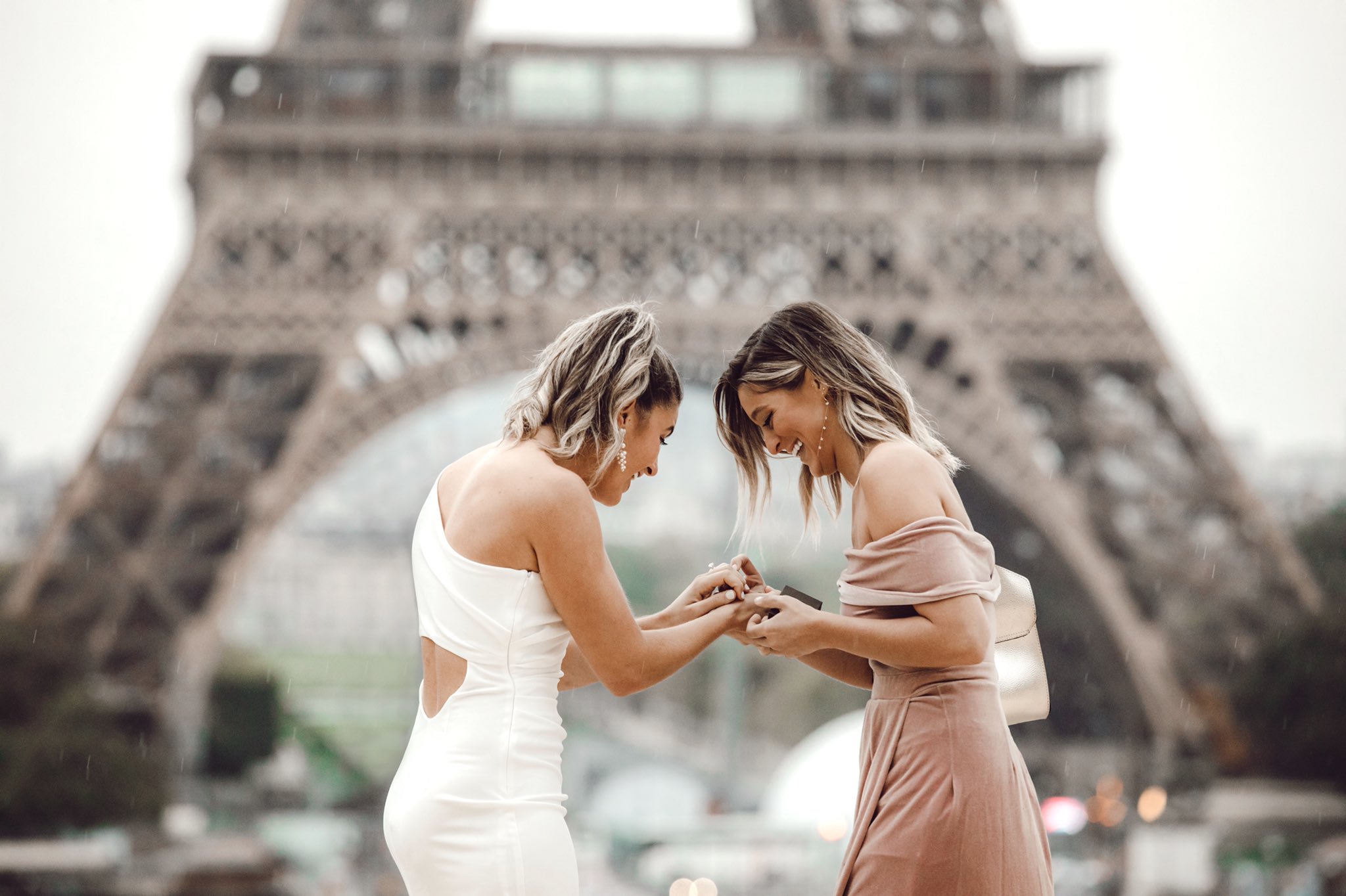 On Tuesday, Ellen brought the affianced pair on her show, which Kate thought was just a chance to be an audience member. The host surprised the couple and brought them on as her guests for the program, where they shared their story. Though Kate reflects on how poorly her parents – particularly her mother – took her coming out, the bride-to-be does share that her many siblings have remained wonderful and supportive. Sarah also tells the story of the proposal – including how she was supposed to be the one to pop the question until Kate surprised her in Paris, resulting in the stunning photos above.

Though Ellen breaks the news she won’t be able to attend the wedding, she does provide a stand-in cardboard cutout of herself – complete with a moveable arm that offers tissues. Following the interview, she says she has a wedding gift for the sweethearts. An extremely large gift box is revealed from behind the curtain, which is then lifted up as friends and family of Kate and Sarah come running out from underneath. With their loved ones gathered around, Sarah gets down on one knee and at last gets to propose to Kate like she planned, presenting her with a beautiful oval diamond engagement ring. Watch the whole story in the video below!

For more engagement news, see a romantic engagement session at White Sands National Monument and be inspired by the weddings of real same-sex couples!

How to Not Turn Into a "Bridezilla"