When it comes to the wording on a wedding invitation, there is a certain set of etiquette one must follow. While the formal wording often used for invites can be confusing to some brides, it becomes even more complicated when special circumstances arise.

Since hundreds of your friends and family members will be receiving the invitation to join you on your special day, it's imperative that the wording is effective, appropriate, and fitting for the situation, so as not to offend anyone and also to maintain the formality of your event. Since she's encountered many a unique case throughout her years in the business, we asked Heidi Jimenez of Zenadia Design to share her thoughts and advice on the subject. 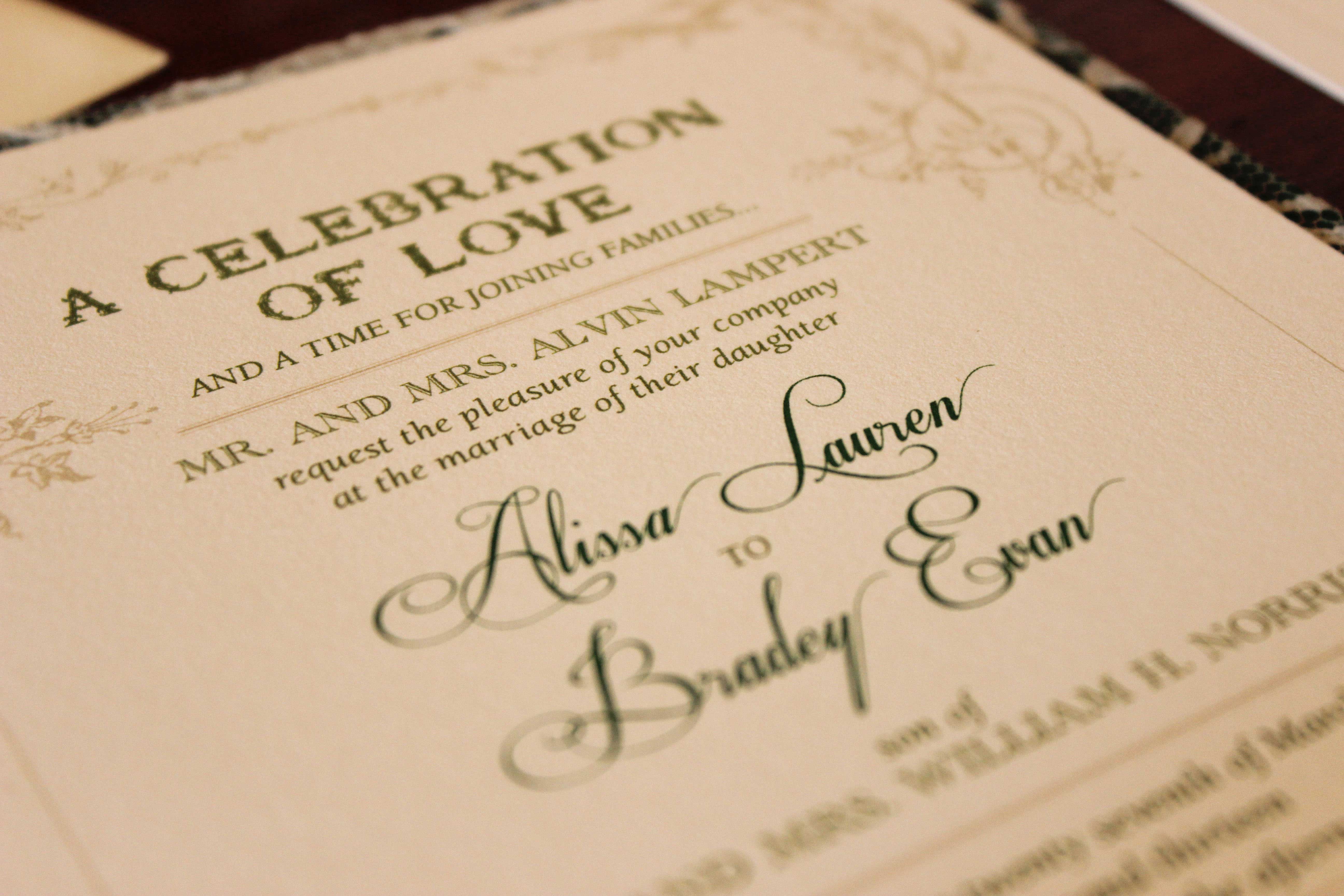 "There are many special circumstances for wording your invitation in terms of who is hosting. Parents could be separated, a loved one passed, or maybe your father or mother has a special title," she explains. Read below to find Heidi's advice regarding some of the most common instances of special wording for invitations and how to proceed:

If the mother has not remarried, her name would appear as either Ms. First Name, Last Name Married.

Mr. Edward Brown
and
Ms. Kristy Brown
request the pleasure of your company...

If the mother has remarried, her name would appear as Mrs. followed by her new, or current husband's full name.

If the father has remarried, typically it's only your parents' names that appear on the invitation as they are traditionally who "give you away." If you wish to include your father's new bride, the listing can be as follows:

If parents are separated, but not legally divorced, your parents may still issue the invitation together although their names may appear separate. List the mother's name first:

Widowed Parents
Wedding invitations are issued by the bride's surviving parent. Typically you do not include the name of the deceased parent on the main invitation; however, if you have a wedding program this would be the ideal place to write a tribute to your loved one.

If the bride's mother has not remarried her name would appear as:

If the bride's mother has remarried her name would appear as:

From the bride's father, his name only would appear.

Doctor (or PhD)
If the bride, or parents, are medical doctors it's appropriate to use the Dr. title. However, the title should be spelled out and not abbreviated – Doctor James Smith, for example. PhDs do not use the title "Dr." on wedding invitations.

Military Titles
If the bride, groom, or parents are in the military, their rank should be included on the invitation. For example:

Lieutenant Colonel and Mrs. Edward Brown
request the pleasure of your company
at the marriage of their daughter
Captain Jane Marie Brown...

Of course there are many other individual cases that may not be covered here – so many people’s situations are unique to them! An incredibly helpful book for specifics is The Blue Book of Stationery from Crane and Co. They dive into incredible detail about every situation imaginable.

In all cases, if following wedding invitation wording etiquette makes you or any family member uncomfortable, by all means, do what fosters the relationships in your family! Weddings are meant to be a joyous time bringing family together, and the invitation will set the tone for your special day in wording and design.

For more tips from wedding professionals, visit our Expert Advice section! Learn everything you need to know about invitation etiquette, read these commonly asked questions, and discover modern rules for invites.

Discover the right way to formally word your wedding invitations!

Must-Have Elements for Your Wedding Invitation

How to choose a memorable wedding-invitation suite and what to include.

The Dos and Don'ts of Wedding Invitations

Find out what is acceptable to include in your invitation suite.

An Elegant Shoot to Inspire Your Pre-Ceremony Activities

Should You Have Traditional or Personal Vows?