Singer-songwriter Michelle Branch got quite the gift for her 34th birthday: an Art-Deco engagement ring from her boyfriend Patrick Carney – music producer and drummer for The Black Keys. Both award winners, the pair met at a Grammy party and began dating during the production of Michelle’s most recent album, Hopeless Romantic, which Patrick produced. According to her Instagram post, he popped the question right before she blew out the candles on her birthday cake – the sweethearts have been traveling together for Michelle’s tour. 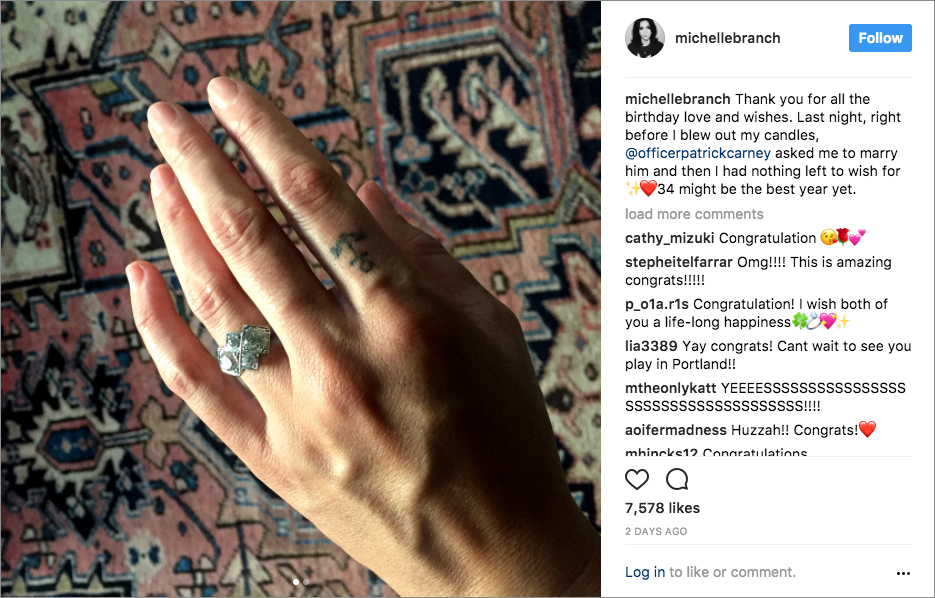 With two talented musicians as a newly engaged couple, we can only imagine the music at their various celebrations will be great. If you’re hoping for an engagement party that balances pop sensibilities with the slight edge of a more alternative sound, we’ve given you a head start with a short playlist of romantic tunes from Michelle Branch, The Black Keys, and artists similar to these lovebirds. We look forward to finding out what songs they use in their ceremony!

A Sneak Peek into the Wedding Style of Actress Anna Camp

A Complete Guide to the Levels of Wedding Formality