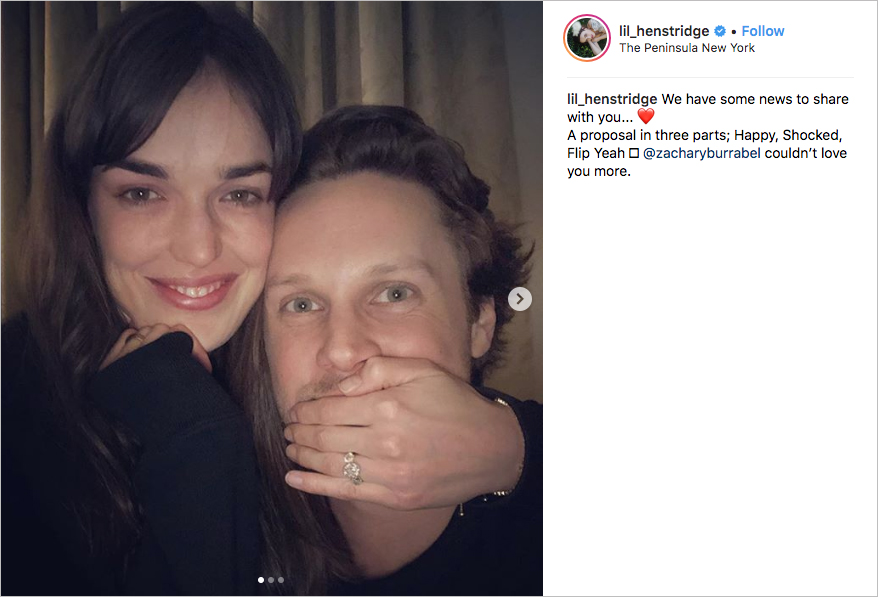 Actors in the Marvel Cinematic Universe have hit a milestone with the recent premiere of Avengers: Endgame, but a star on the television side of things has hit her own personal milestone – she got engaged! Elizabeth Henstridge, who plays biochemist Jemma Simmons on Agents of S.H.I.E.L.D., happily accepted a proposal from her longtime boyfriend – Make It or Break It actor Zachary Burr Abel – earlier this week. 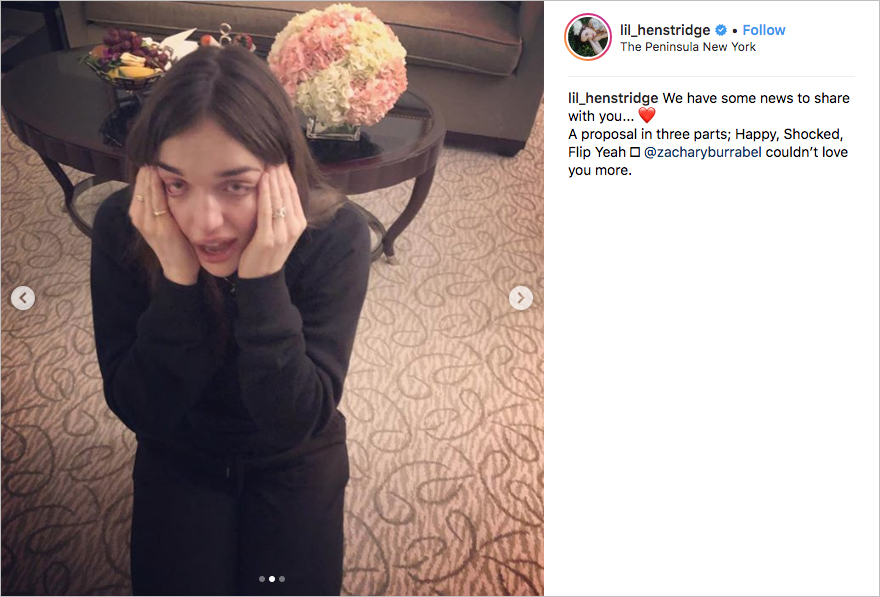 Both bride and groom shared the same trio of photos to their personal Instagram accounts. Based on the location tag, it looks like the two enjoyed a romantic getaway at a five-star hotel in New York City before Zachary popped the question. In the first photo, Elizabeth smiles as she covers her beloved’s mouth with her left hand – now adorned with a dazzling three-stone diamond ring. The second snapshot appears to be the actress wiping tears from her face in the immediate aftermath to saying yes. The final photo shows the lovebirds outside enjoying the big city at night, with the bride excitedly holding up her ring finger. 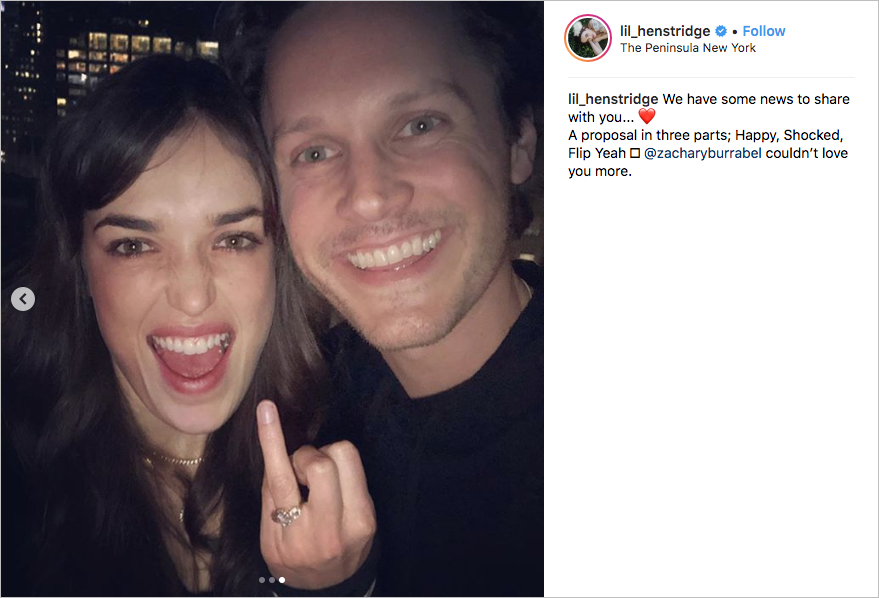 While Elizabeth’s caption proclaimed that the couple had news to share, and then described “A proposal in three parts” by saying which emotion she was feeling in each picture, Zachary instead wrote a playful poem to show what happened in the lead up to him popping the question: “Matching tracksuits, chocolate dipped fruits, favorite flowers, and flying for hours. Parents’ blessing, pillow dressing, bottle of bubbly, can I be your hubby? Bended knee, you and me, floods of tears, 7 days 7 years.” This was followed by the emojis of a diamond ring, clinking Champagne flutes, a bottle of Champagne, and a red heart. Congratulations to the happy couple!

For more celebrity wedding news, see the nuptials of Michelle Branch and Patrick Carney of The Black Keys, as well as Dancing With the Stars pros Jenna Johnson and Val Chmerkovskiy's celebration.

How to Get Gorgeous Makeup from the Comfort of Home