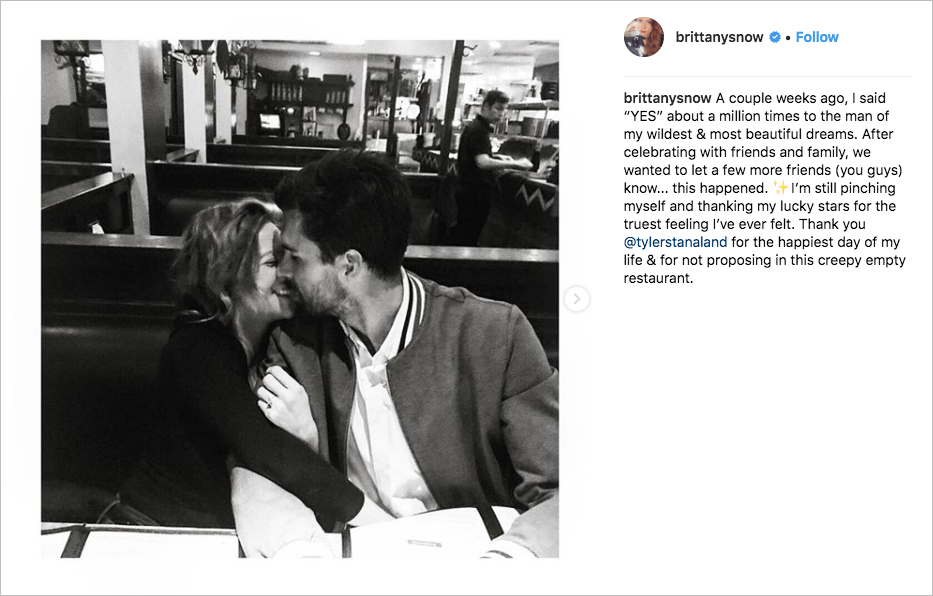 Engagement season may technically be over, but we’re still learning happy news from our favorite celebs. Actress Brittany Snow recently revealed that a few weeks ago her boyfriend Tyler Stanaland proposed – and she said yes! They spent time celebrating with friends and family before sharing the news on social media. The realtor and surfer posted his own collection of photos in an Instagram post to announce his engagement to the Pitch Perfect star. 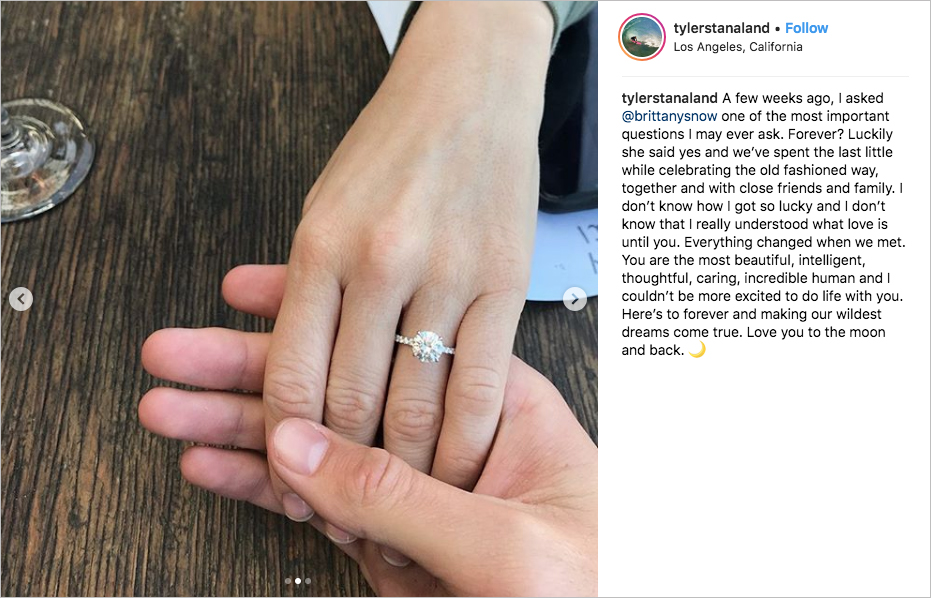 In addition to the darling snapshots of the lovebirds cuddling in a restaurant booth, both the bride- and groom-to-be were sure to include a photo of what everyone really wanted to see – the ring! The gorgeous round diamond is set with four prongs in a pavé band in either white gold or platinum. 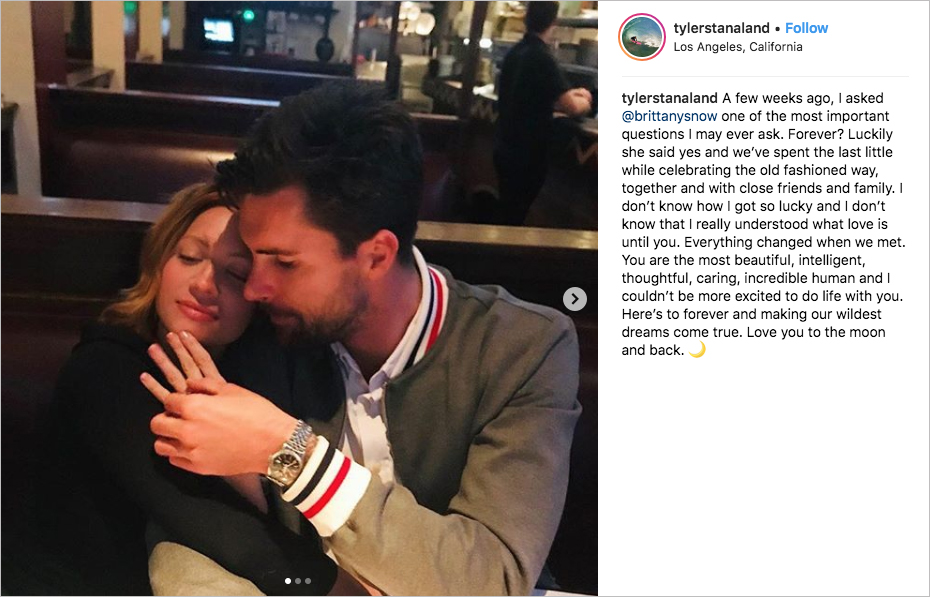 It’s not known exactly when the pair started dating, but the first Instagram posts of them together are on Brittany’s account in August and Tyler’s in September. However, the posts seem to indicate they were already established at this point, so it’s quite possible that they were already together and waited to go public – just like their engagement. Celebrities such as the bride’s friend and Pitch Perfect costar Anna Camp, Sarah Hyland, Kellan Lutz, Busy Phillips, and Paul Wesley were among those to congratulate the sweethearts.

How to Have Your Wedding at a National Park

Be Inspired by Unique + Chic Weddings at Museums