The past couple of years have been very good to Darren Criss. He won an Emmy, a Golden Globe, and a SAG award for his role as spree killer Andrew Cunanan in The Assassination of Gianni Versace: American Crime Story. He also went on a co-headlining tour with friend and fellow Glee alum Lea Michele. Among these professional successes were highlights of his personal life: he and his longtime girlfriend Mia Swier got engaged at the end of 2017 and this weekend they got married! 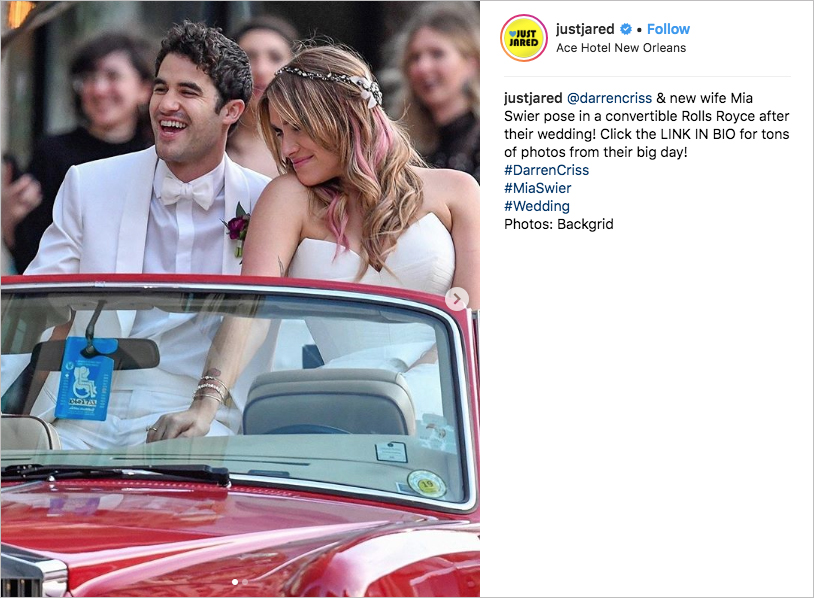 Neither of the newlyweds has posted photos of the nuptials at this time, but there have been paparazzi photos published online from when the couple made their grand exit in a vintage red Rolls-Royce from the Ace Hotel in New Orleans. Darren wore an all-white tuxedo with black shoes, and Mia’s gown featured a corset bodice with lingerie-inspired straps falling over a full tulle skirt – adding an element of edge to the ball gown. E! News reports that she wore white combat boots with the dress, while her other accessories included a feathered clutch, gold bangles, and a beaded headpiece. Her softly curled hair included pink streaks. 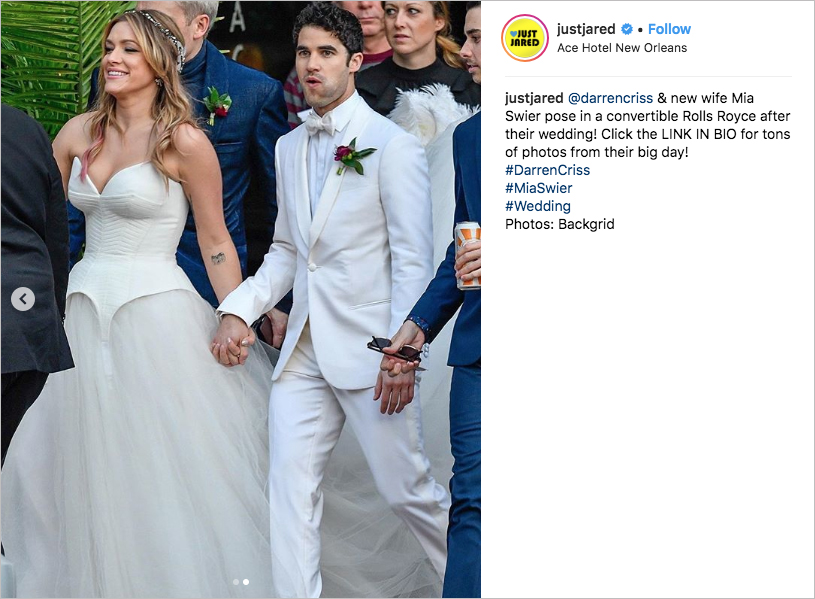 People reveals that in addition to Lea Michele, former Glee costars Harry Shum Jr., Chord Overstreet, and John Stamos were in attendance. Longtime fans likely spotted a guest from farther back in Darren’s career in the photos. Before he stole our hearts as Blaine in Glee, Darren starred as Harry Potter in an original college production called A Very Potter Musical, which went viral on YouTube and earned the cast many fans. Joey Richter, who played Ron Weasley in the show, is partially seen in one of the images and in other shots looks to have a matching boutonniere – making it likely he served as a groomsman. It’s always great when a star remembers their roots. Congratulations to the happy couple!

Should You Have a Groom’s Cake at Your Wedding?

Do Your Ceremony & Reception Need to Look the Same?