Surprise! Country star Miranda Lambert is married! Not only did the wedding occur nearly a month ago, but even the relationship was a secret until this weekend. Posting on Instagram, Miranda shared her happy news “in honor of Valentine’s Day.” It’s been a whirlwind relationship for the pair, as judging by the singer’s past romances it would seem the couple connected about six months ago. So who is Brendan McLoughlin, Miranda Lambert’s new husband? 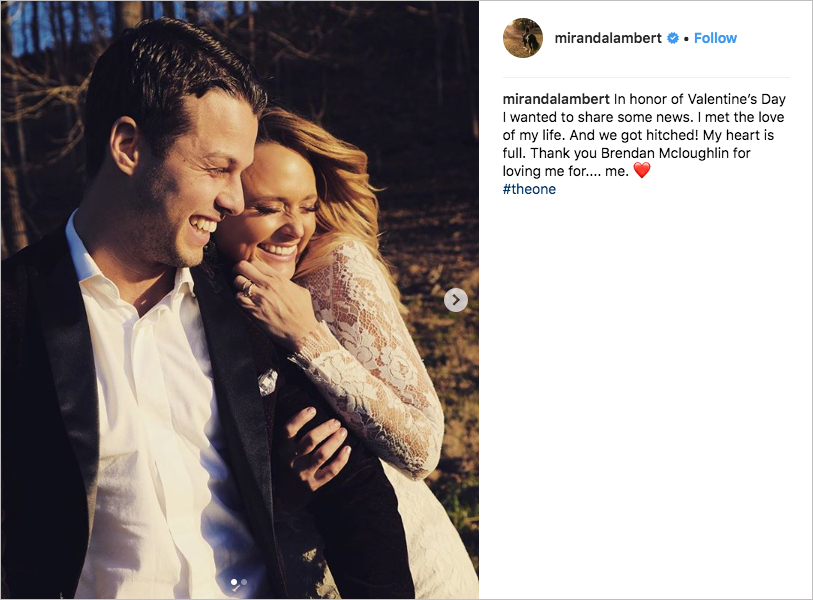 People reports that the lucky guy is a police officer for the New York Police Department and has frequently been featured on the NYPD Midtown South official Twitter account, including events with a canine officer and when he earned first place in the NYPD Keith Ferguson Memorial 5K Brooklyn Bridge Run. The news outlet also reveals that Brendan is the father of a three-month-old from a previous relationship. 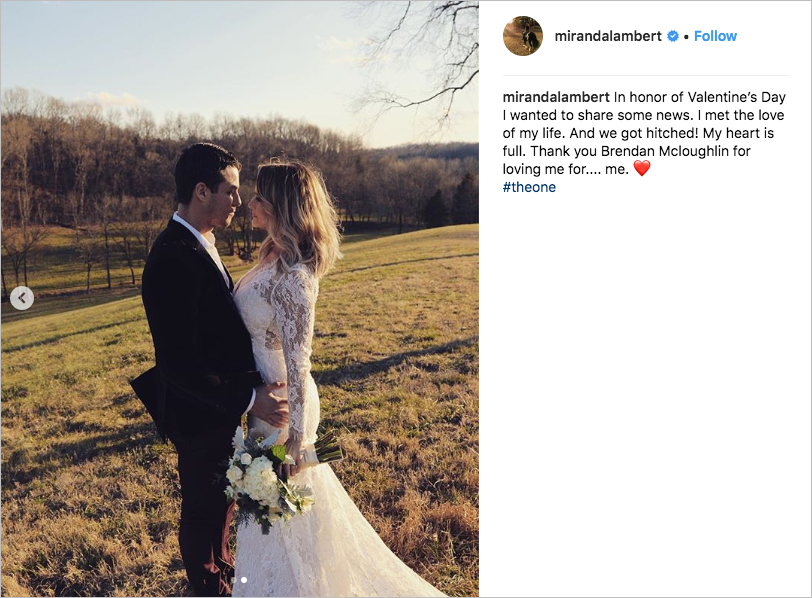 Though the groom is from Staten Island, the couple embraced the bride’s country roots on the big day. E! News confirms that the wedding took place in Davidson County, Tennessee, on January 26th. Though not much is known about the nuptials, the pictures do reveal a romantic open field. The groom wore a black suit and white dress shirt with no tie, while the bride wore a lace trumpet gown with long sleeves. She carried a bouquet full of ivory blooms, and her blonde hair was worn down with gentle waves. Congratulations to the happy couple!

Listen to the Most Popular First Dance Songs of This Year