Valentine’s Day proposals are classic for a reason. Just like Katy Perry and Orlando Bloom, actress Abbie Cornish and MMA fighter Adel Kyokushin Altamimi got engaged the night of the romantic holiday. The Australian beauty posted a photo – appropriately awash in red lighting – of the lovebirds’ hands intertwined. The snapshot not only shows Abbie’s timeless French manicure, but also her dazzling engagement ring. The round diamond is set in a cushion halo with a pave split-shank setting. 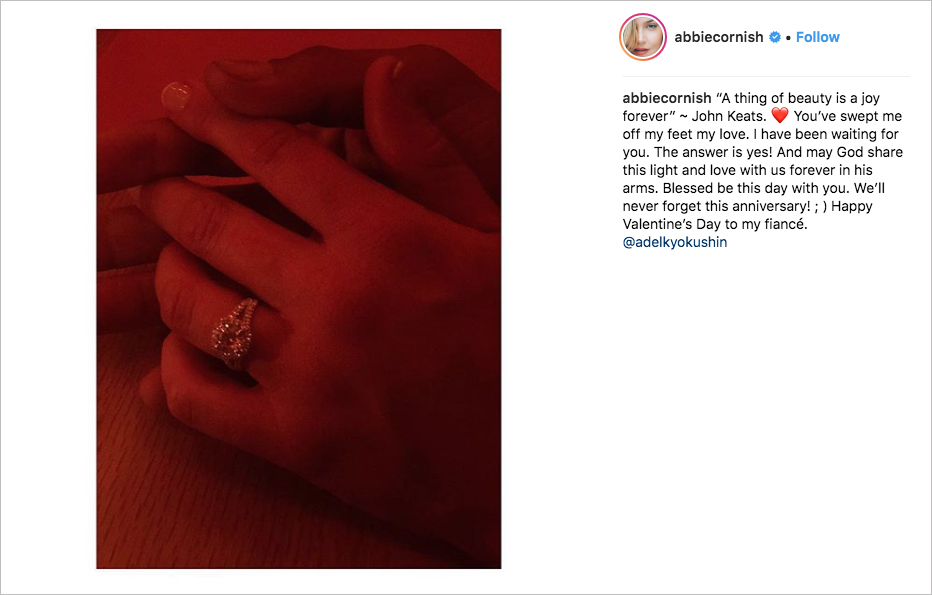 The bride-to-be also included a picture of her and her new fiancé shortly after the proposal at the restaurant where it seemed to occur. On his Instagram story, Adel shared a photo of the desserts the restaurant staff brought the pair post-proposal, complete with a card reading “congratulations.” 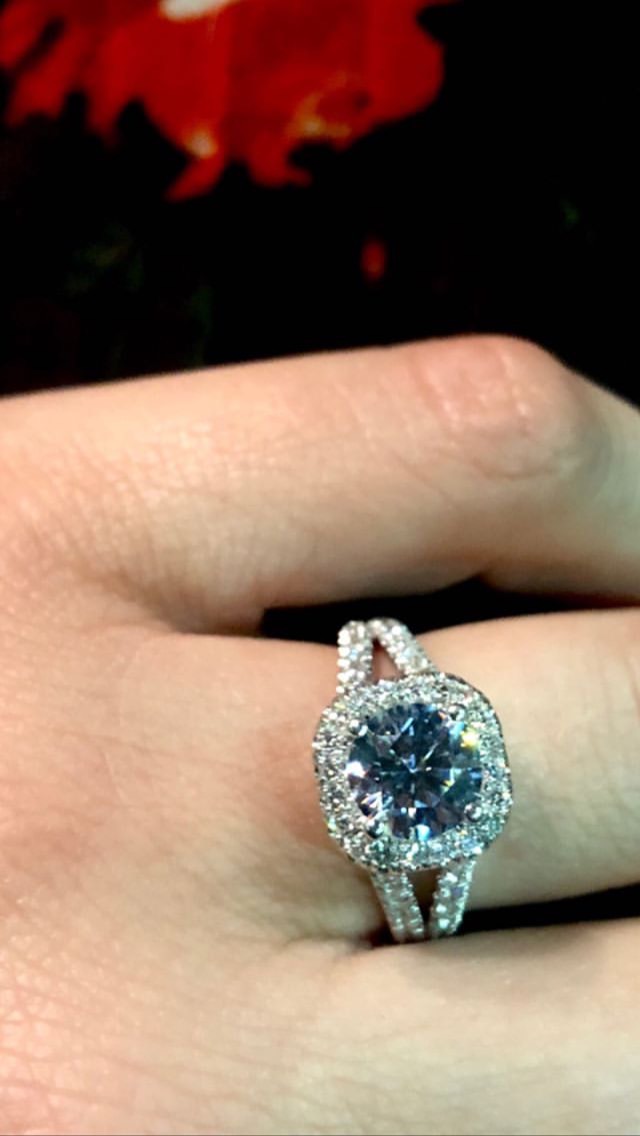 In addition to her main feed, Abbie also shared a much clearer shot of her gorgeous ring on her Instagram story. Fellow actors Richard Madden, Geoff Stults, and Jamie Chung shared their well-wishes in the comments of her engagement announcement. A couple of weeks ago, recently engaged Chris Pratt congratulated Adel on his win in an MMA fight, People reported. The two men train at the same gym in Los Angeles and seem to share in their religious faith, which was also indicated in Abbie’s caption for her engagement announcement. Perhaps Abbie and Adel will be guests at Chris Pratt and Katherine Schwarzenegger’s wedding, and vice versa!

Mario Lopez and Mark-Paul Gosselaar are back at Bayside High!

Jumpstart your design process with expert tips from top planners!

Inside the Wedding of Top Chef's Marcel Vigneron

How to Write Vows That Reflect Your Relationship

Get an Insider's Look at Barbara Kavchok's Latest Collection