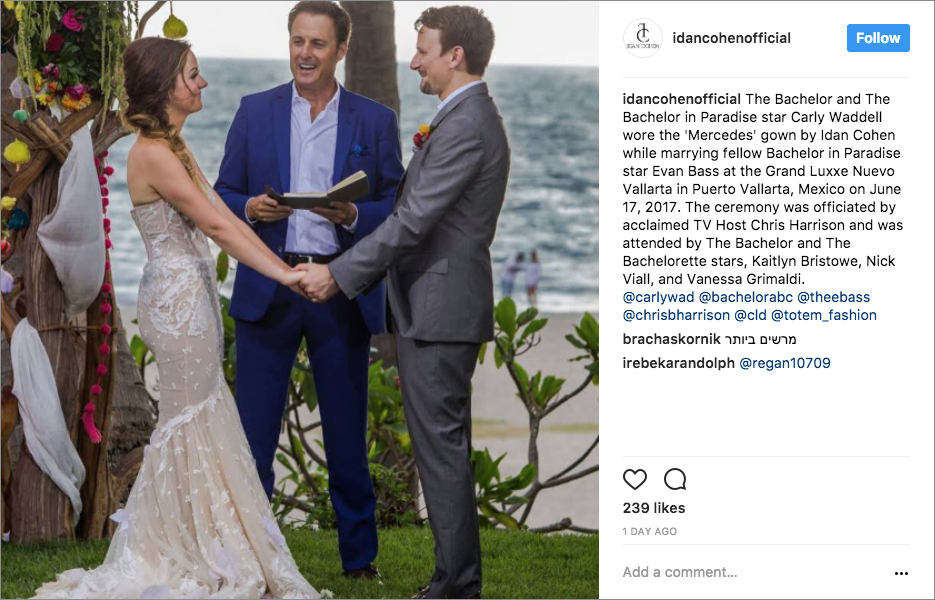 Wedding bells are ringing in paradise! Last weekend, Bachelor in Paradise alums Carly Waddell and Evan Bass exchanged vows in Puerto Vallarta, Mexico. The “seemingly unlikely” couple met on the show last season and felt a spark. By the time the season was coming to a close, Evan got down on bended knee to ask the woman of his dreams to marry him. After she accepted, the pair began planning a wedding fit for the circumstances in which they met.

Officiated by the host of the Bachelor franchise Chris Harrison, the bride and groom said their “I dos” in a beautiful alfresco garden featuring natural elements – such as wood and vibrant blooms – overlooking the ocean. There were plenty of notable former contestants from The Bachelor and The Bachelorette in attendance, including Wells Adams (a groomsman), Jade Roper (a bridesmaid) and Tanner Tolbert, Whitney Bischoff, Kaitlyn Bristow and Shawn Booth, and Vanessa Grimaldi and Nick Viall.

For her gown, Carly elected to wear a striking trumpet ensemble by Idan Cohen displaying intricate lace designs, a strapless sweetheart neckline, and a champagne tint – a sweet and unique touch. See the gown, with an additional illusion caplet, in full display on the runway below: 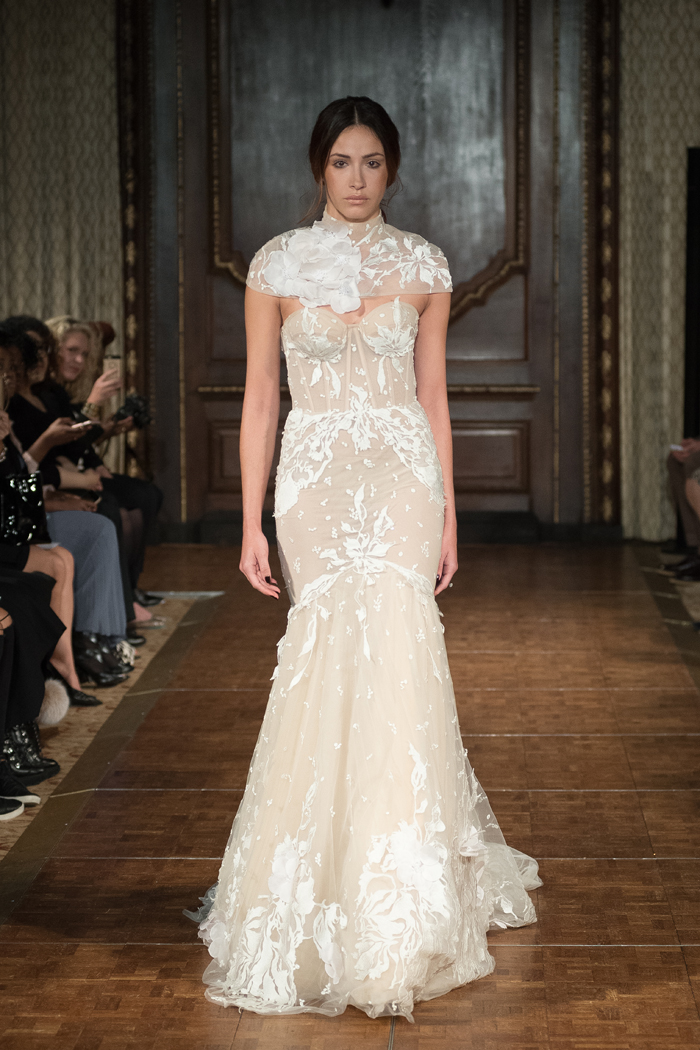 Get the feminine bridal look of Carly’s statement frock with one of the designer look-alikes featured below. Be sure to click on each photo for even more beautiful gowns from each of the designers' latest collections. 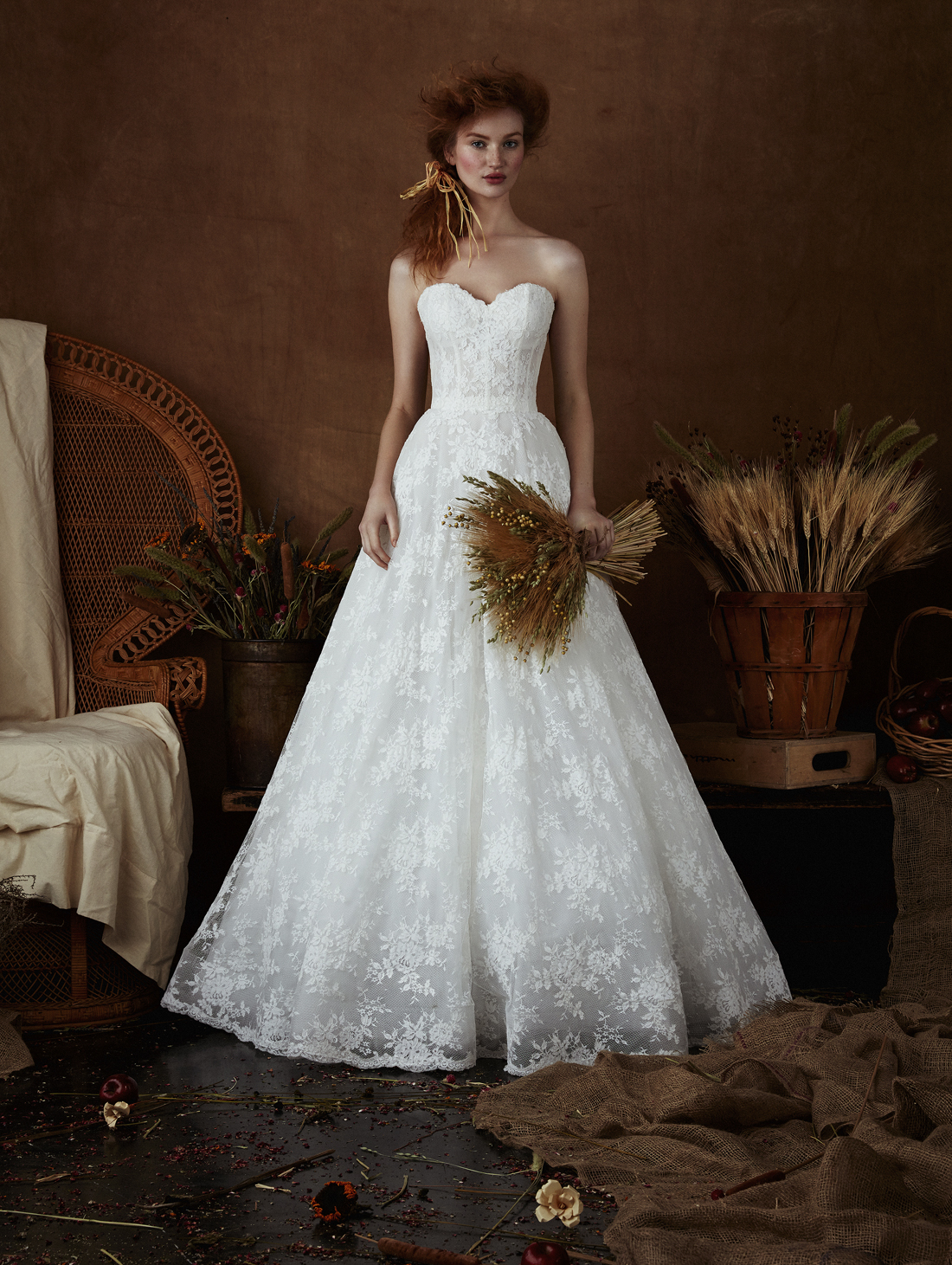 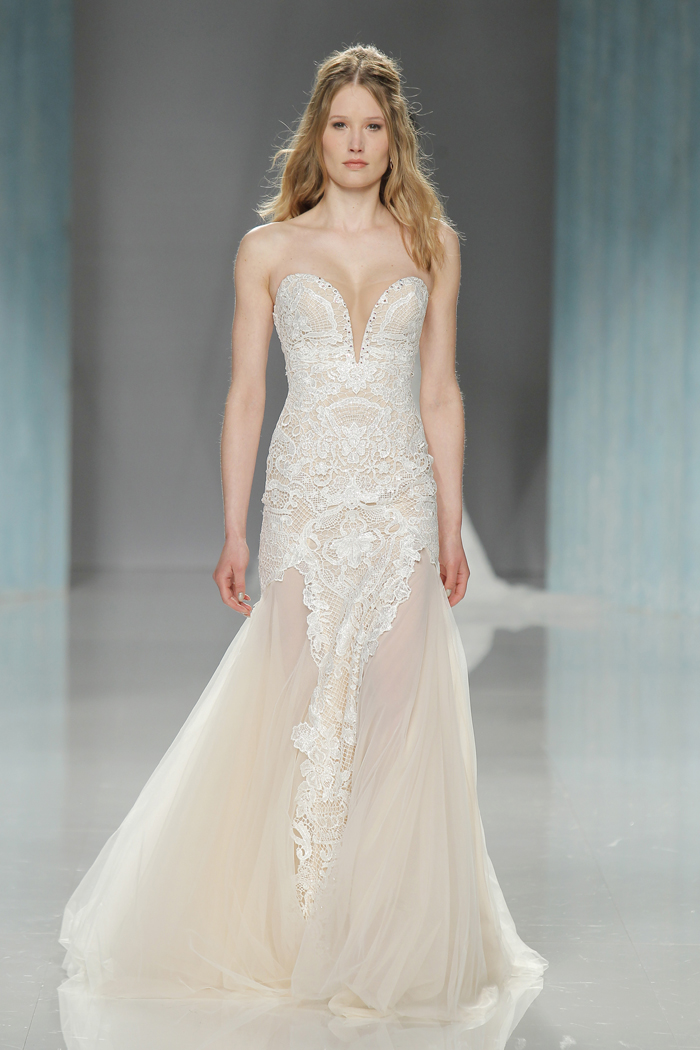 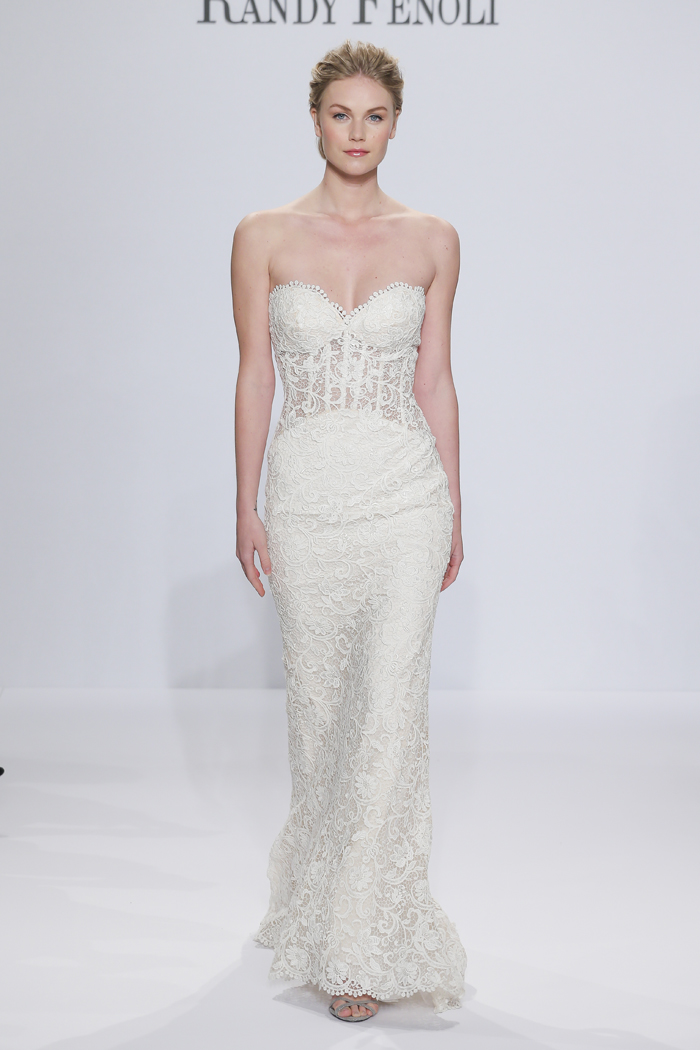 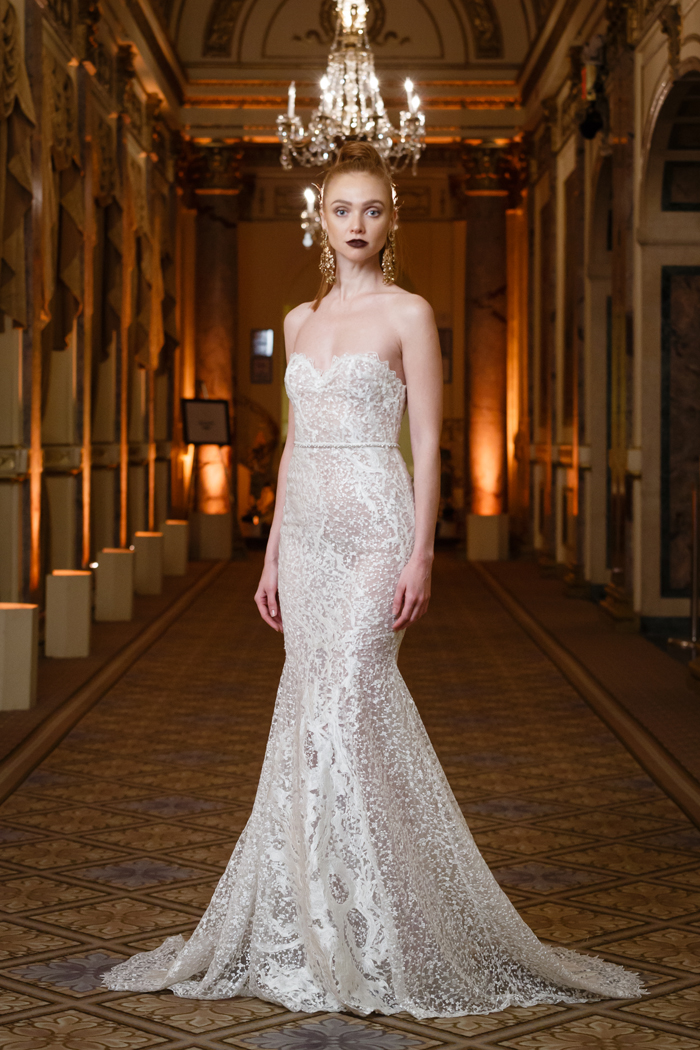 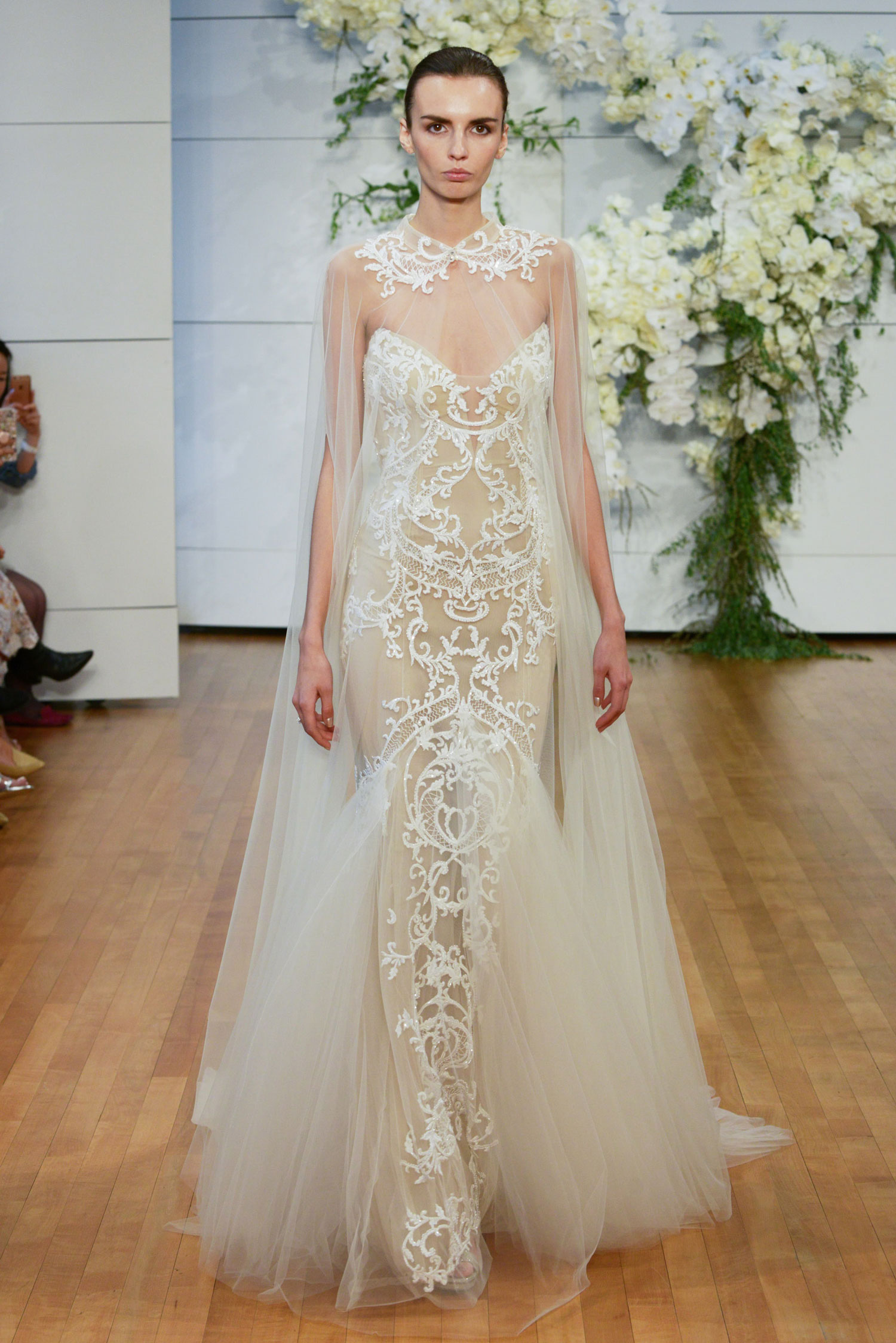 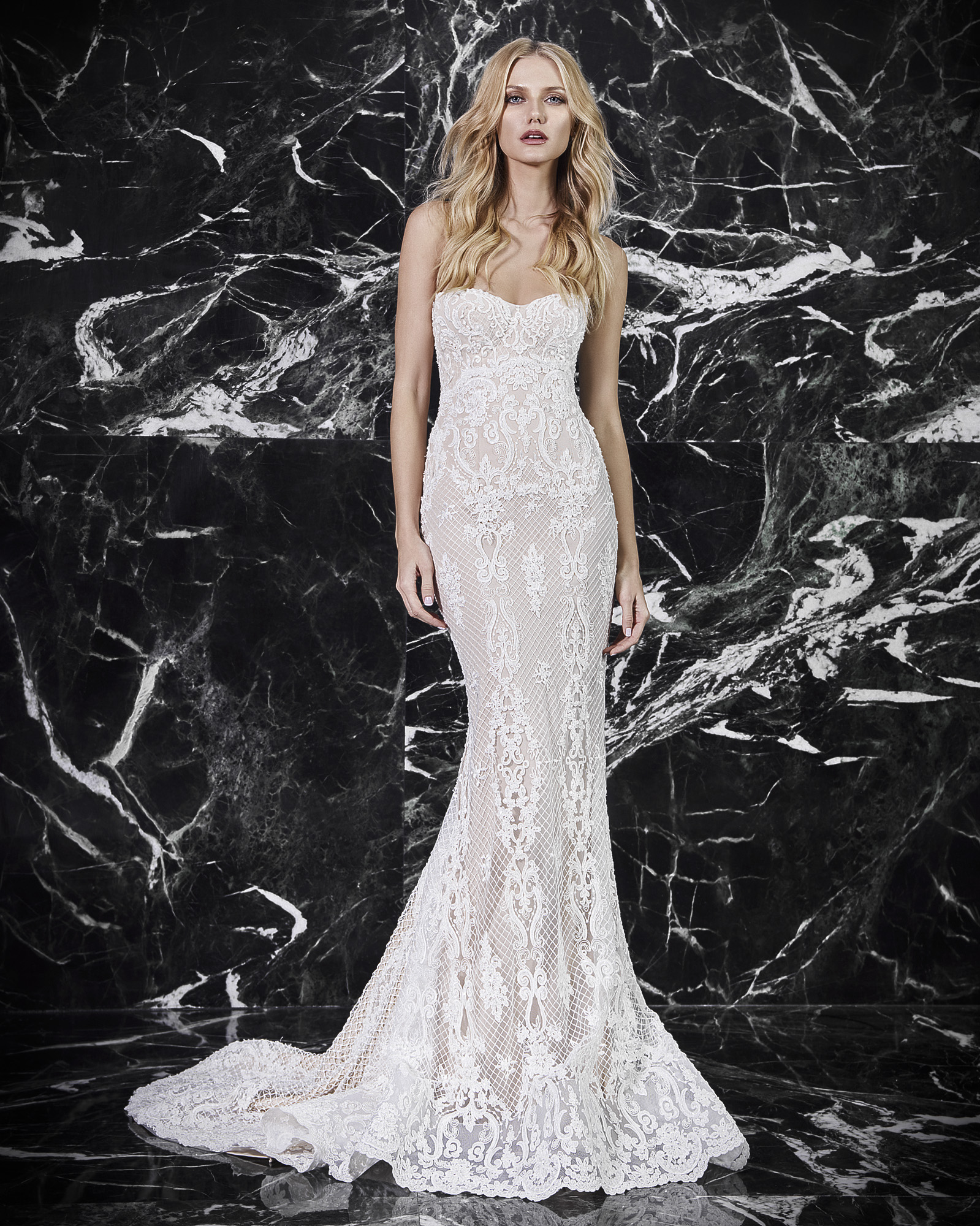 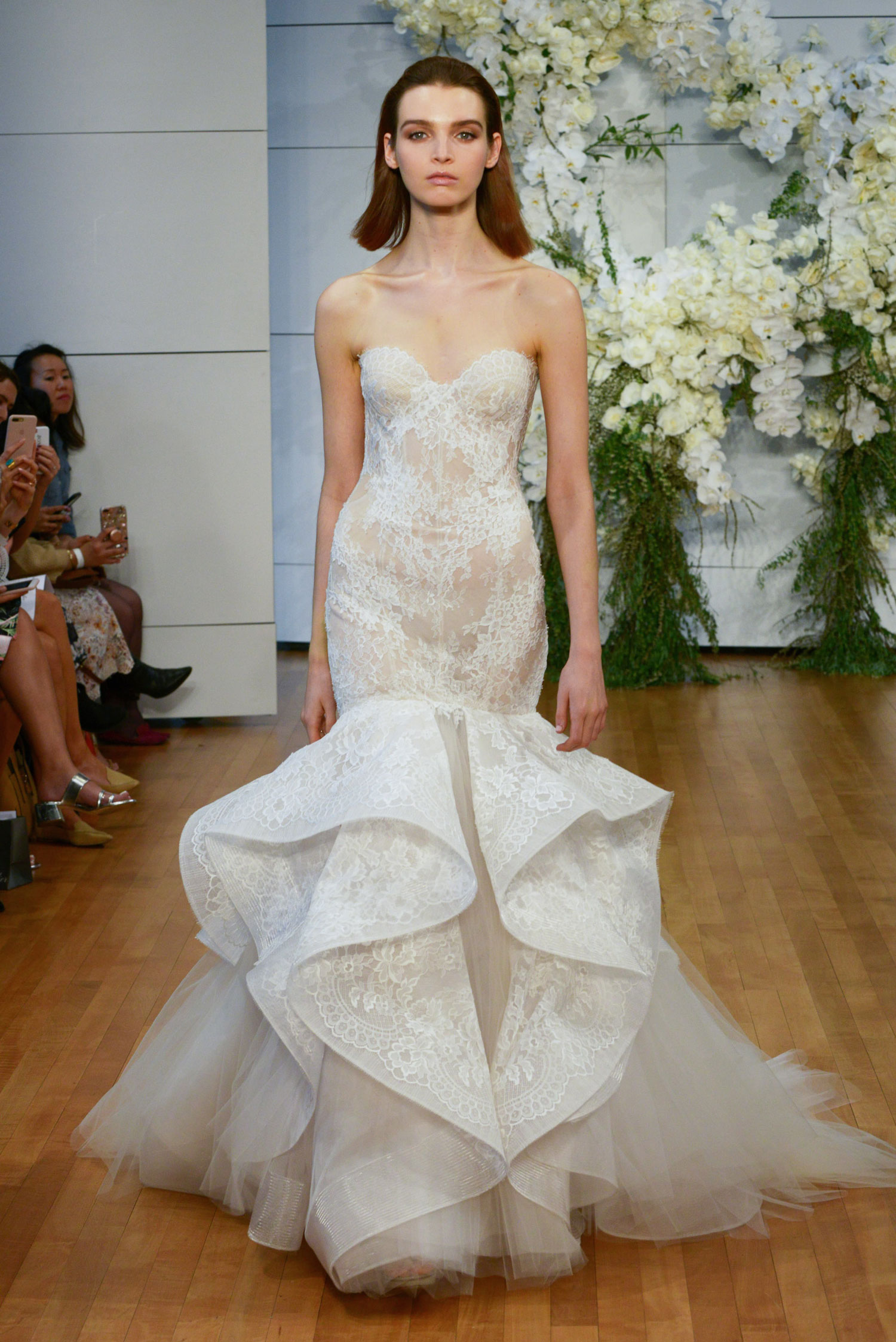 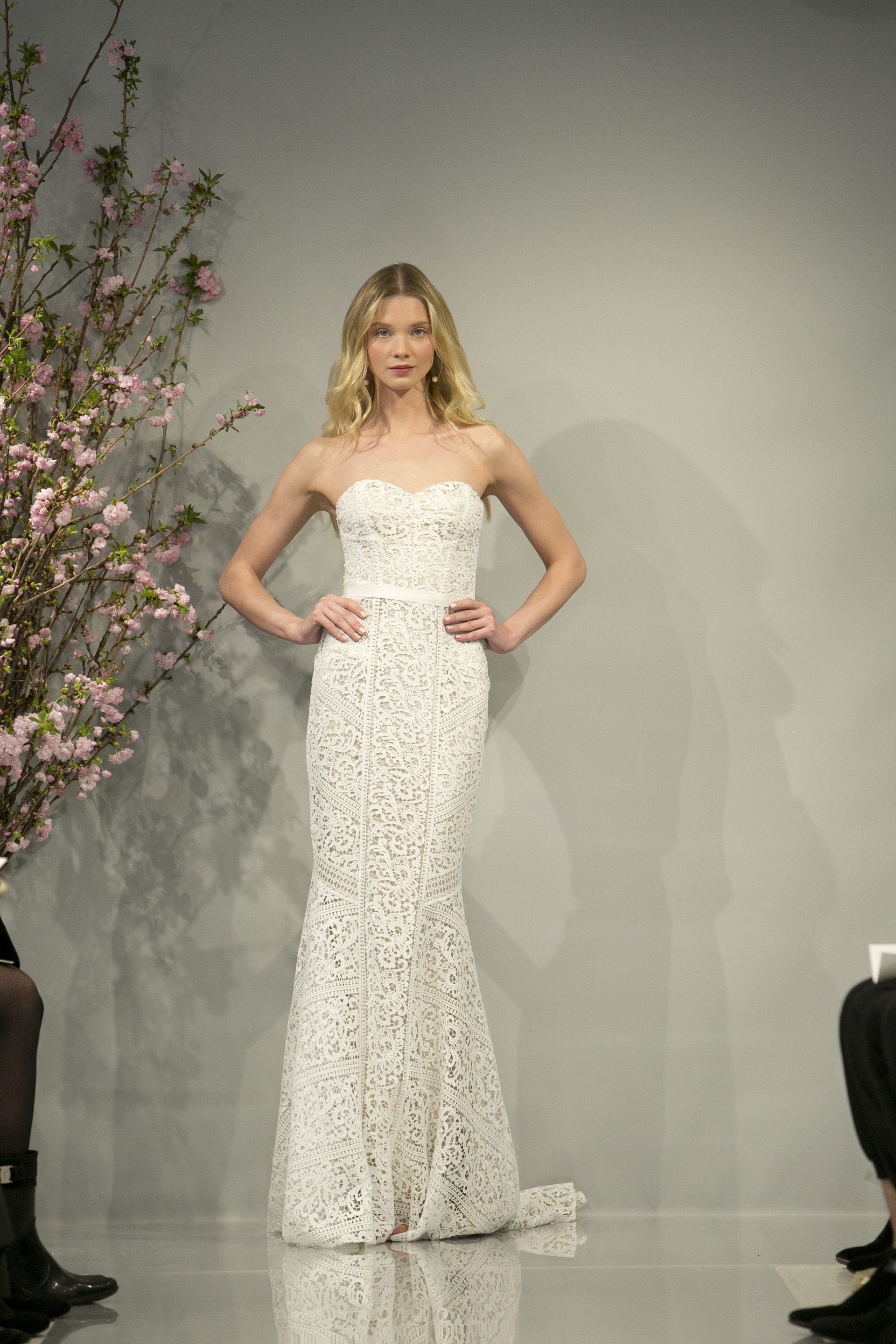 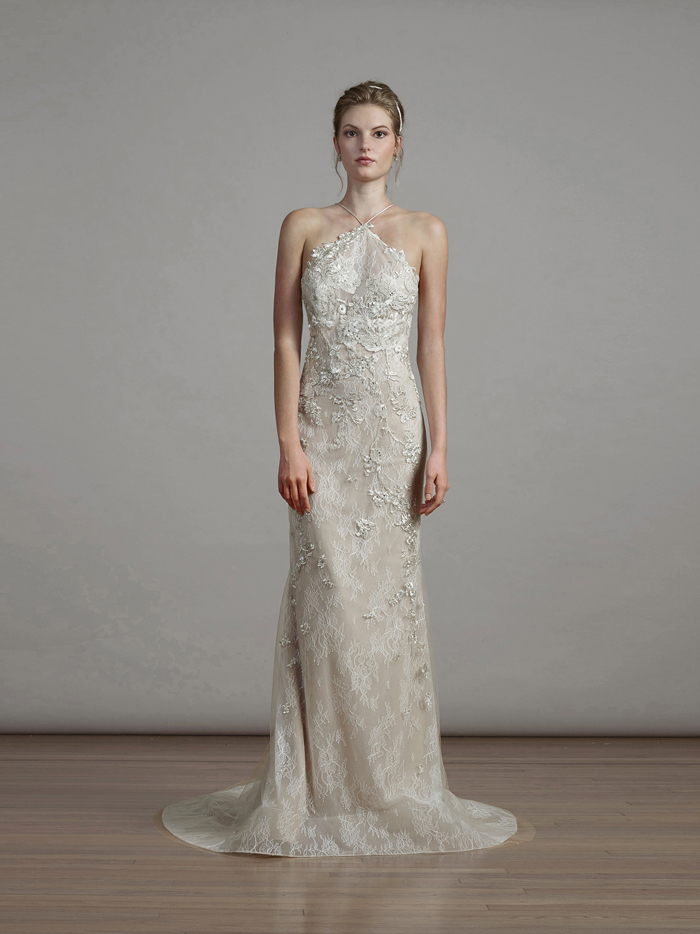