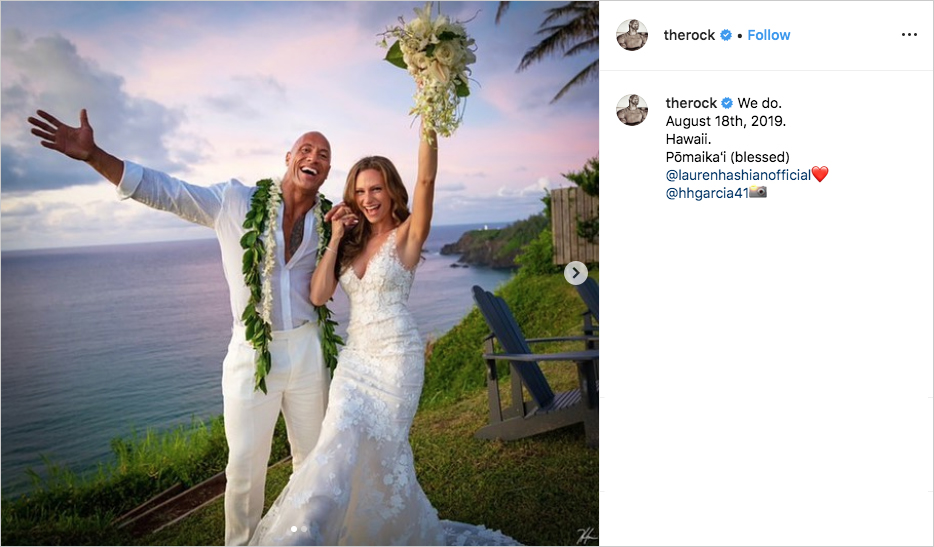 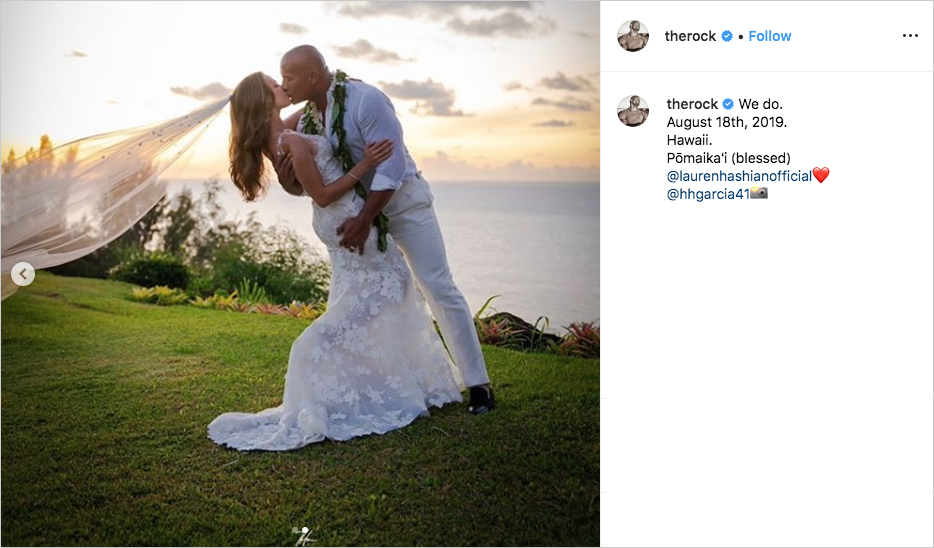 The groom kept things light with a half-unbuttoned sheer white shirt and ivory linen pants, complete with two draped leis over his shoulders – one made from leaves, the other made from orchids. The bride was stunning in a sleeveless trumpet gown with floral appliqués throughout. Her embellished cathedral veil complemented the dress, as well as her softly curled light brown hair. Her bouquet blended traditional with tropical; the arrangement featured roses, calla lilies, and orchids.

For more inspiration, get tips on planning a destination wedding from Unveiled Hawaii and learn about pro golfer Michelle Wie's wedding to baseball executive Johnnie West.