After announcing his engagement to Cherry Seaborn, we haven’t learned many details about Ed Sheeran’s upcoming nuptials. This is fairly unsurprising, considering he waited weeks after proposing to share the news. There haven’t even been clear pictures of Cherry’s engagement ring, as the general public has been forced to rely on zoomed-in images from the paparazzi. 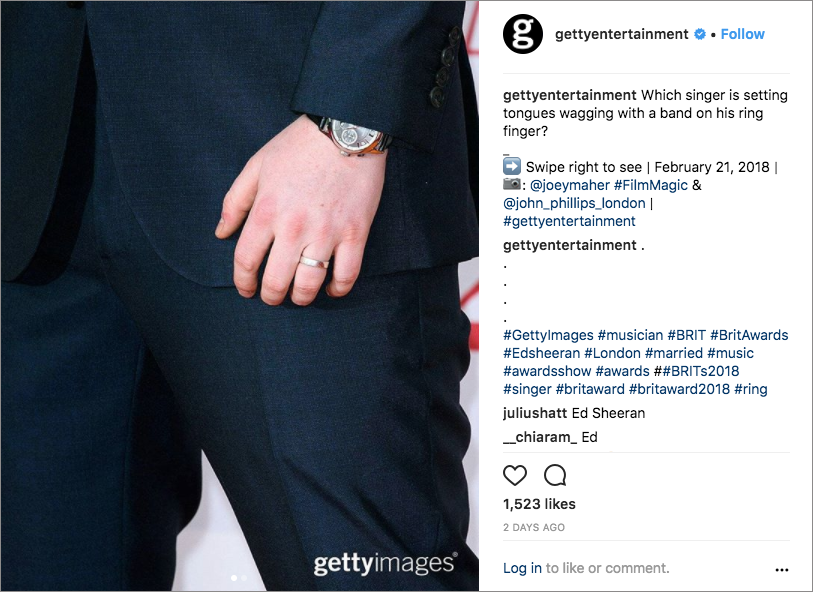 Recently, fans have been abuzz with gossip that the sweethearts – who have known each other since they were children – perhaps already tied the knot. What started these rumors? It was the fact that the pop star started wearing a band on his left ring finger. At the BRIT Awards in London on Wednesday, we finally got our answer. The “Perfect” singer is taking a modern approach and wearing an engagement ring. In a red carpet interview with the British talk show Lorraine, he revealed an even sweeter detail – his fiancée made the ring herself using silver clay. 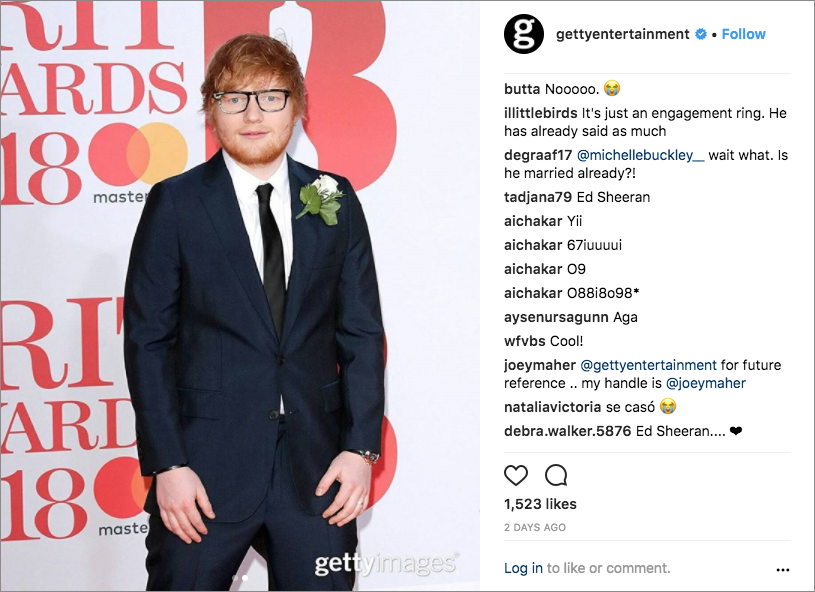 Engagement rings for men, at least in opposite-sex relationships, are still not particularly common, though Ed is not the only celebrity to sport one. After proposing to Anna Camp, Pitch Perfect’s Skylar Astin began to wear his own band. In Boy Meets World, Cory Matthews (Ben Savage) briefly wears one before deciding he feels too self-conscious as the only guy in college with a ring on his finger. As gender norms continue to soften, will male engagement rings become more common? Only time will tell. But if it’s something you and your partner both desire, there’s no reason a groom-to-be shouldn’t have his own piece of jewelry to mark your engagement.

Is this step away from tradition a sign that Ed and Cherry plan to include modern and unique elements into their big day? Perhaps there will be homemade touches, just like the groom’s ring. We can’t wait to find out!

Learn more about Ed and Cherry's relationship and discover an argument for why men should wear engagement rings too.

Dreamy Dresses from the Evolution Collection by Claire Pettibone

Why You Shouldn't Lose Weight for Your Wedding