His songs have been the soundtrack to many a wedding, and now Ed Sheeran will finally have nuptials of his own. Though only announced recently, the UK singer revealed that he became engaged to his girlfriend of three years, Cherry Seaborn. The couple actually grew up together, attending the same schools when they were children. They reconnected in the United States, as Cherry moved to New York after getting her Masters degree at Duke University in North Carolina. 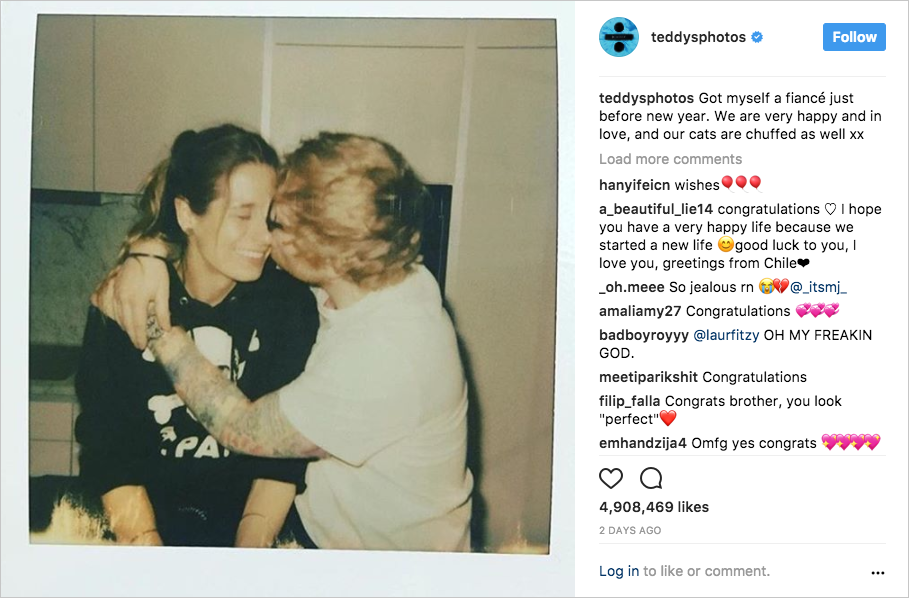 Due to their shared background, we wouldn’t be surprised if the lovebirds tied the knot near their hometown, perhaps even at Ed’s home in the countryside. Given the general low-key nature of their relationship, a grand, opulent affair seems unlikely, with an intimate, but still beautiful, celebration feeling like a better fit for the pair. As such, don’t expect a glamorous guest list full of A-list stars – though we’d certainly love to see Ed’s close pal Taylor Swift serve as a groomswoman!

Though the groom will probably choose a song by a different artist for the newlyweds’ first dance, it would not be surprising if he carved out some time during the reception to serenade his bride. For fans who want to hear the songwriter’s music on their own big day, there are plenty of options. He has multiple acoustic ballads perfect for the first dance, as well as plenty of upbeat tunes for the reception. Here are the songs we recommend including on your wedding day.

How to Include Your Baby in Your Wedding