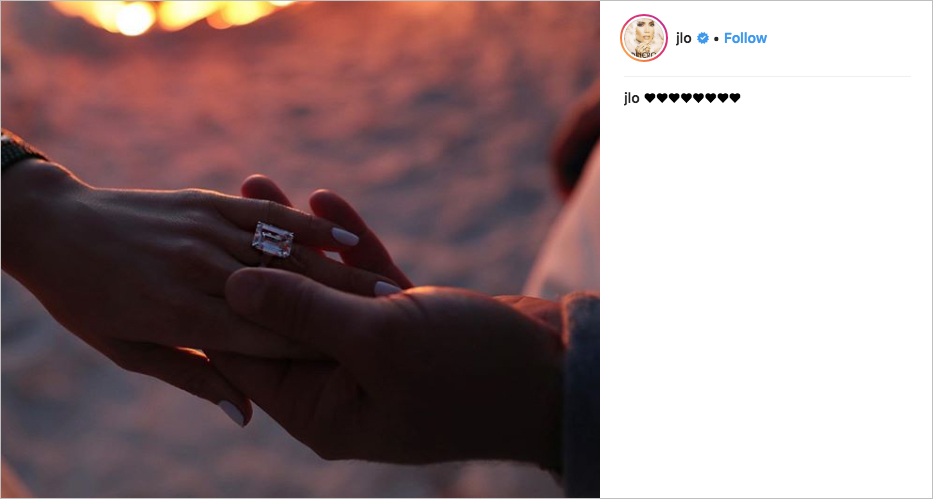 After a hit song and music video almost a year ago, Jennifer Lopez has received “El Anillo” from her boyfriend – now fiancé – baseball superstar Alex Rodriguez. Alex, known to sports fans as A-Rod, proposed during a romantic tropical vacation. When the song was released last May, A-Rod appeared on The Tonight Show with Jimmy Fallon to promote Shark Tank. Naturally, he was asked about the tune, which is about a woman in love asking, “where’s the ring?” Watch the video below!

Both the future bride and groom announced the engagement via an Instagram photo of their two hands showcasing the jaw-dropping ring. The band of the ring is plain because the stunning emerald-cut diamond does not need any distractions. Judging from the background, it appears the proposal occurred by a bonfire on the beach after sunset. 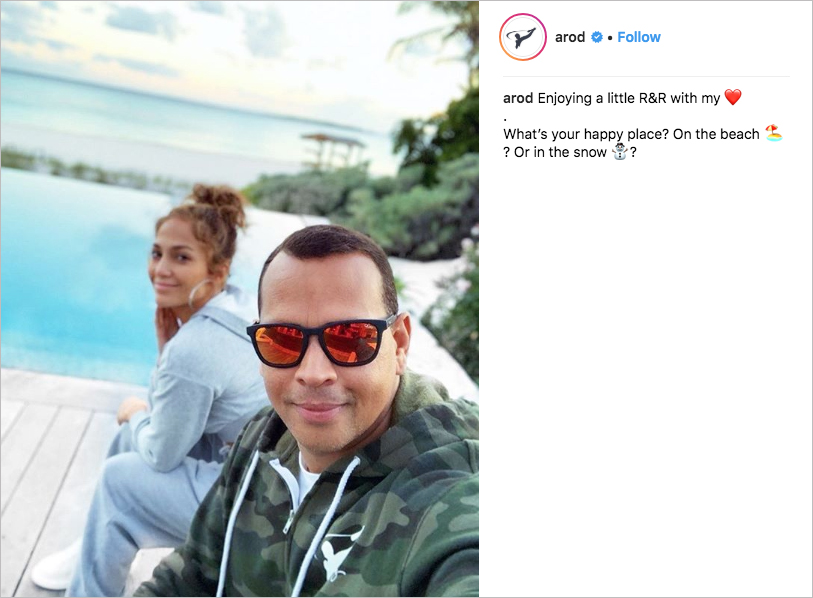 The couple has made a splash these past two years, with A-Rod joining Jennifer (aka J.Lo) on several red carpets during award seasons. Many fans and even celebrity friends commented on the Instagram posts that they had been eagerly waiting for the news to arrive. Fans also noticed that J.Lo tagged Ellen DeGeneres in the engagement announcement, and the talk show host playfully commented, “Yes, I’ll be your maid of honor.” Three months prior, the singer/actress/dancer appeared on The Ellen Show and Ellen brought up the topic of the two getting married. Though the proposal did not occur over Christmas, it didn’t take much longer. Watch the clip below!

Samira Wiley is Engaged! Be Inspired by Her Ring

Why You Should Have a Wedding Video