It’s hard to top the romance of a trip to the South of France, but art curator Ben Shattuck managed to do so by proposing to his girlfriend, comedian and actress Jenny Slate. In the caption of her Instagram post announcing the happy news, The Secret Life of Pets star shared that her sweetheart prepared a picnic before popping the question, while Ben adds in his own caption that they were in an abandoned castle. 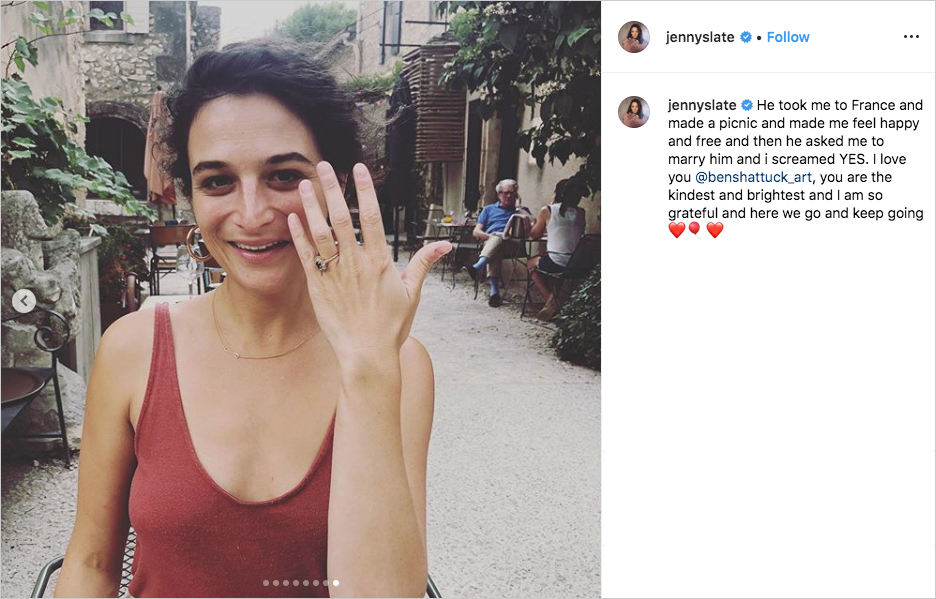 The engagement ring looks to be vintage-inspired, with a sapphire center stone and diamond halo – not unlike the ring worn by Kate Middleton, the Duchess of Cambridge and the late Princess Diana. The happy couple seems to travel a lot, so we wouldn’t be surprised to see them tie the knot abroad. However, both the bride and groom-to-be both hail from Massachusetts, and Jenny’s work of course keeps her in LA much of the time, making both these locations possible for their upcoming wedding as well.

Sapphires are in! See actress Susan Kelechi Watson's ring from her recent engagement, and learn about Miles Teller and Keileigh Sperry's Maui wedding.

Preview the Winter 2019 Issue of Inside Weddings Magazine