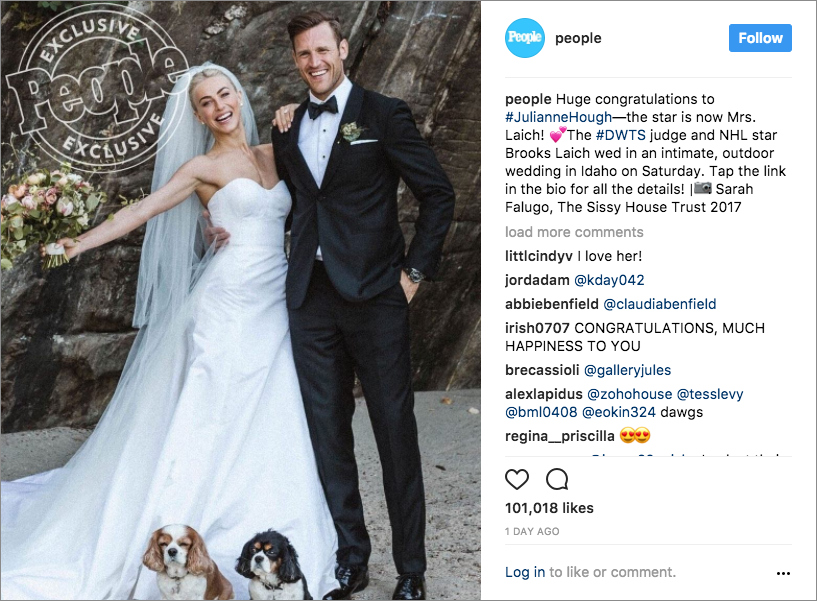 Julianne Hough, judge and former dancer on Dancing with the Stars, finally married her hockey-player beau, Brooks Laich, after a nearly two-year engagement. They exchanged vows in an alfresco lakeside ceremony in Idaho. In fact, the bride and groom arrived via boat! Unsurprisingly, her brother Derek Hough served as a groomsman, and People reports that stars Nina Dobrev and Aaron Paul were among the 200 attendees. Julianne wore a custom gown from Marchesa, featuring a modified sweetheart neckline and a trumpet silhouette. The lovebirds had their beloved Cavalier King Charles Spaniels serve as ring bearers for the big day. Following the reception, guest enjoyed a display of fireworks. 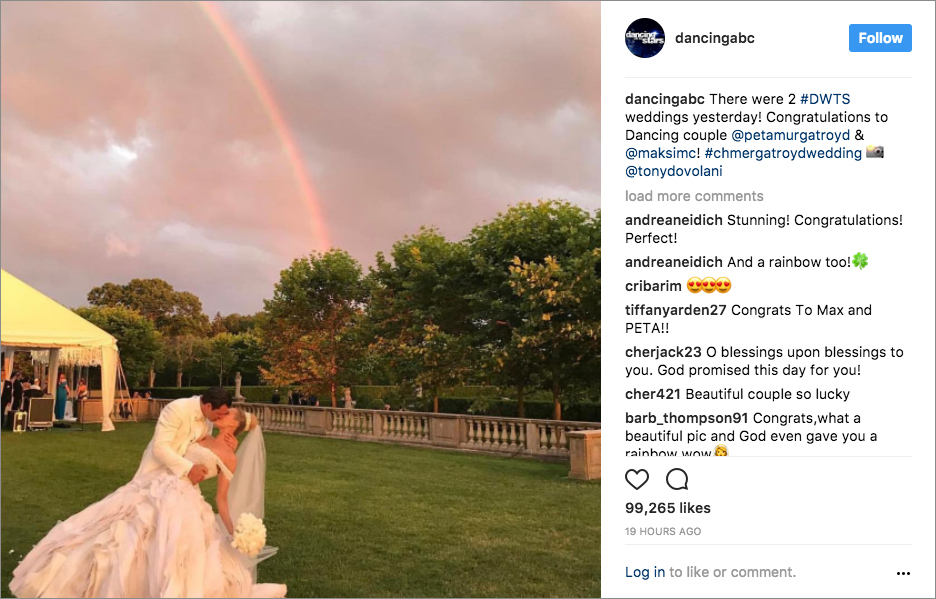 Across the country, the Dancing with the Stars family had another marriage to celebrate, as dancers Maksim Chmerkovskiy and Peta Murgatroyd tied the knot at an extravagant wedding at the beautiful Oheka Castle on Long Island, New York. The bride wore a ruffled ball gown with an off-the-shoulder neckline by Karen Sabag while her groom donned a white tuxedo. 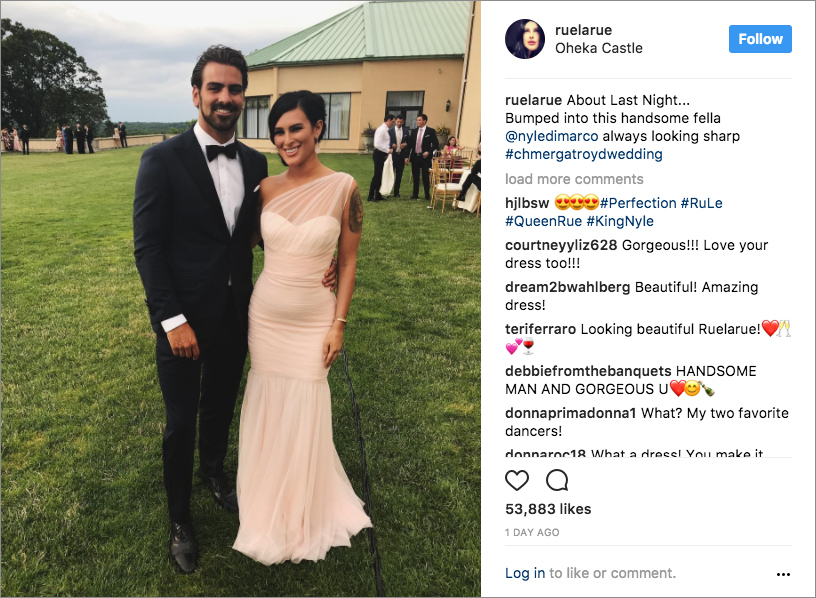 Among the 300 guests were Maks’ brother Val and fellow dancer Sharna Burgess. Former contestants who attended include Candace Cameron Bure, Nyle DiMarco – whose partnership with Peta won them the championship in season 22 – and Rumer Willis, who was paired with Maks during season 20 and stood as a bridesmaid on the wedding day.

For more celebrity wedding news, discover the details of soccer star Lionel Messi's nuptials and listen to a playlist inspired by the engagement of Michelle Branch and Patrick Carney of The Black Keys.

What You Need to Know About Using Heirloom Engagement Rings