Rumors have been swirling for a couple of days, but yesterday evening it was confirmed – Justin Bieber and Hailey Baldwin are engaged! Though photos from paparazzi and eagle-eyed fans have shown a large pear-shaped diamond ring on the model’s finger, the photos the singer shared instead show an eternity band. Perhaps she has turned the diamond inside, closer to her palm, in order to be less conspicuous? It’s also possible that the smitten Justin gave his beloved more than one ring to ask for her hand in marriage. 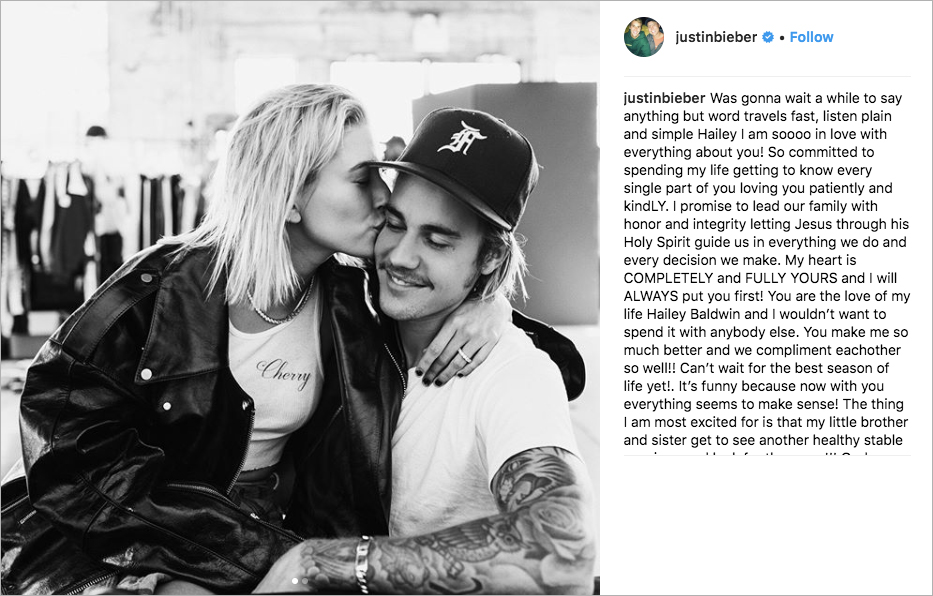 TMZ first reported the news that the “Love Yourself” singer popped the question while the couple was on vacation in the Bahamas. Though the pair previously dated in 2016, they only rekindled their romance over the past few weeks. However, they were also friends for years before they ever began a romantic relationship. Justin posted two black-and-white photos of Hailey and him, with a long caption dedicated to their engagement, stating that he was going to wait before confirming the news, but word traveled fast. He reaffirms his love for the model, who is the daughter of actor Stephen Baldwin, asserting his commitment to her and their faith. “You are the love of my life […] and I wouldn’t want to spend it with anybody else,” he confirms. Among the lengthy caption is his joy that they got engaged on the seventh day of the seventh month, which he says he did not plan, but is the number of “spiritual perfection.” 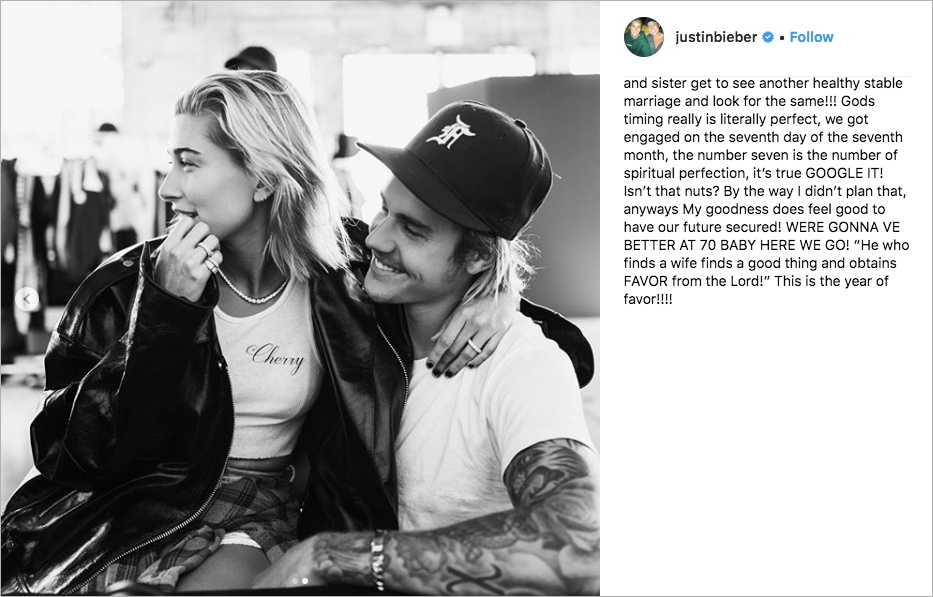 Numerous celebrities commented on the post to congratulate the couple on the big news. Ariana Grande, who is also recently engaged, shared her best wishes, as did her and Justin’s agent, Scooter Braun. Millie Bobby Brown, Normani from Fifth Harmony, Ashley Tisdale, and Jordin Sparks were among the stars that commented. Justin’s friend, actor Patrick Schwarzenegger, playfully wrote, “Am I the flower boy or…..?” before adding, “But for real this is the sweetest message [three heart emojis] love u.” Hopefully Hailey will share a better shot of that surely fabulous bling soon!

4 Must-Have Rules for Your Wedding Menu

Tips for Improving Your Wedding Video