Fans of celebrity gossip have been fascinated by the whirlwind romance of pop star Ariana Grande and comedian Pete Davidson, who is a cast member on Saturday Night Live. Both stars are 24 and got together in May, shortly after splitting from respective long-term relationships – Ariana with rapper Mac Miller and Pete with Cazzie David, daughter of Larry David. The lovebirds seem to have fallen for each other hard and fast, and thanks to the Instagram accounts of tattoo artists, we know that Pete has already gotten two small tattoos in honor of the “Into You” singer and covered up a tattoo of his ex. 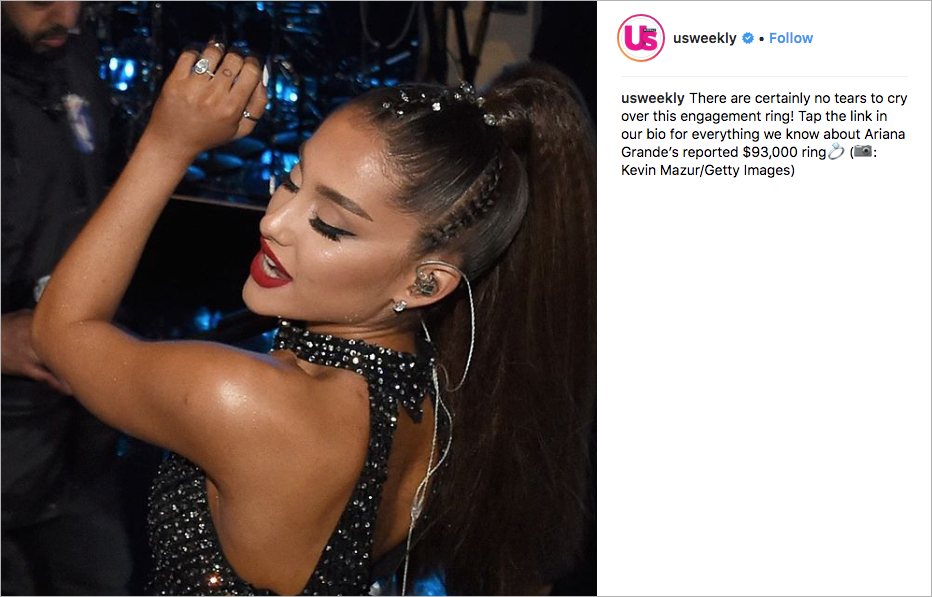 Rumors have been swirling that the two are already engaged. Though at first there were only unnamed sources claiming a proposal had occurred, Ariana’s Twitter presence heavily hints at the engagement, with replies to fans and “likes” of tweets that refer to her alleged impending nuptials. The singer has now been spotting wearing a stunning pear-shaped engagement ring, which US Weekly reports is over three carats and cost $93,000. Though neither Pete nor Ariana have posted a picture of the ring, it has been spotted in pictures taken by fans and the paparazzi. The same reports include an insider sharing that the comedian and the singer may be finally slowing down, as they supposedly hope to have a long engagement.

See details of Keegan-Michael Key's wedding as well as other recent celebrity nuptials.

White Bridesmaid Dresses: How to Embrace the Trend