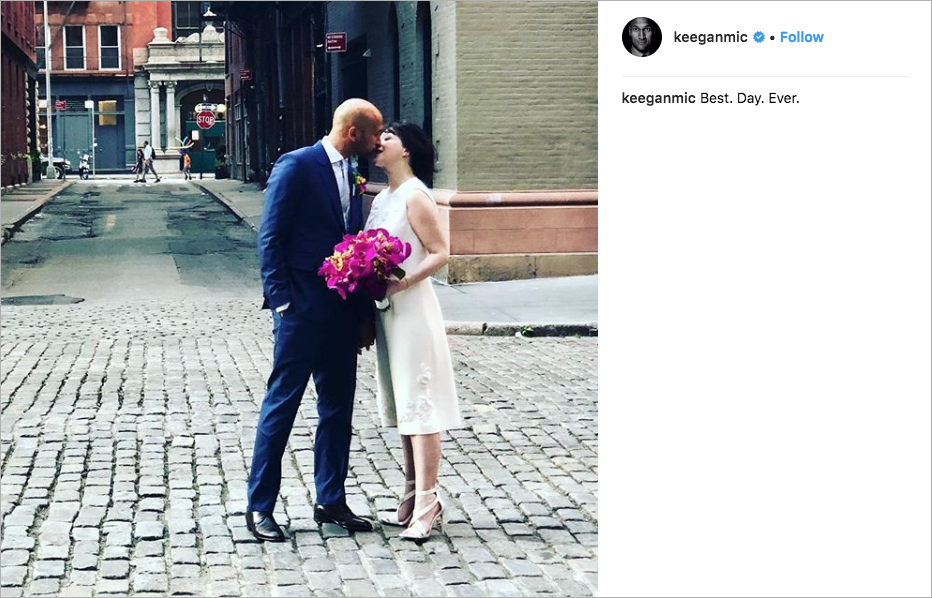 Wedding season continues! Keegan-Michael Key, star of Key & Peele, Keanu, and Don’t Think Twice, married producer and director Elisa Pugliese in New York City this weekend. The couple, who got engaged in November of 2017, tied the knot on Friday in a small intimate ceremony, according to reports by People Magazine. His comedy partner Jordan Peele, who recently won the Academy Award for Best Original Screenplay for Get Out, was in attendance. The bride wore a chic ivory frock that went just past her knees and featured embroidered flower details. She carried a vibrant bouquet of fuchsia orchids. 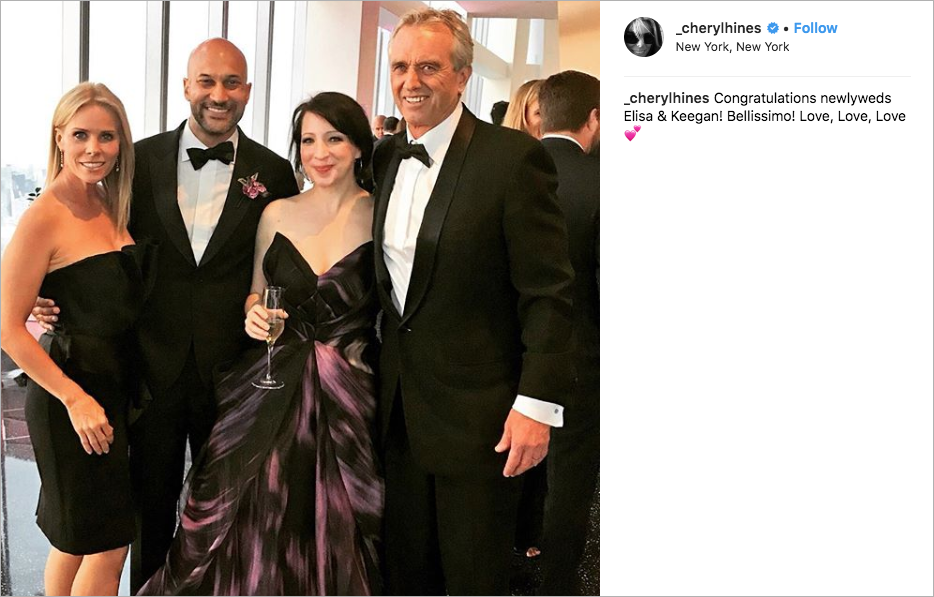 The next day, they held a fabulous star-studded reception at the One World Observatory in New York. People Magazine reports that Stephen Colbert, Taran Killam, Cobie Smulders, and Paul Rudd were all at the festivities. Cheryl Hines and her husband Robert F. Kennedy Jr. were among the attendees as well, and the Curb Your Enthusiasm actress shared a video on her Instagram account of her and the actor Richard Kind sharing a dance at the reception. 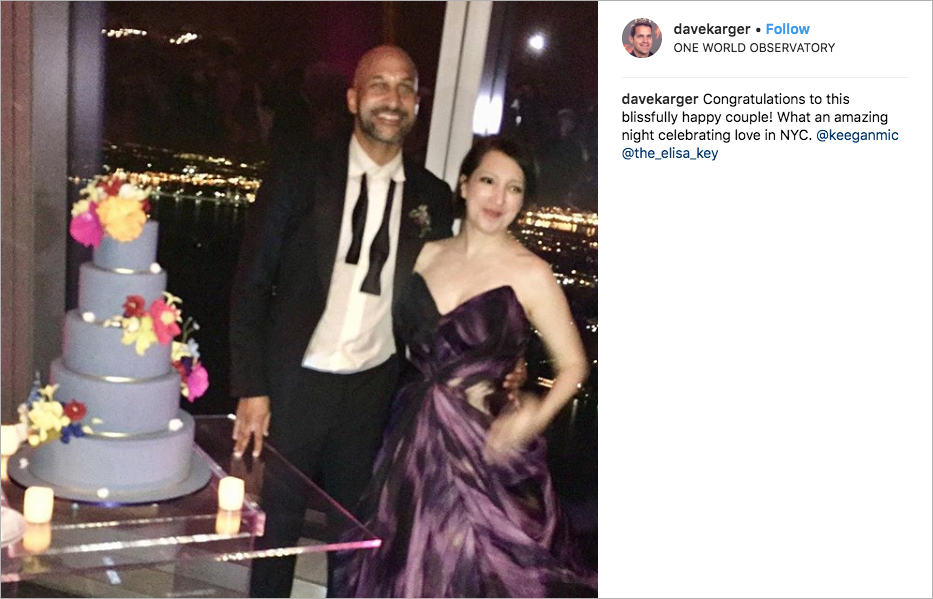 The five-tier lavender-grey cake had a silver ribbon separating each layer. Vibrant blossoms in shades of yellow, pink, blue, and red adorned the confection. Elisa donned a stunning ball gown with several shades of purple, bringing even more beautiful hues into the celebration.

Ceci New York designed the invitations for the couple, sharing her design that featured the first names of the bride and groom in a large, elegant black script while the rest of the details were printed in gold.

See a round-up of celebrity weddings from earlier this month and listen to the music from the royal wedding.