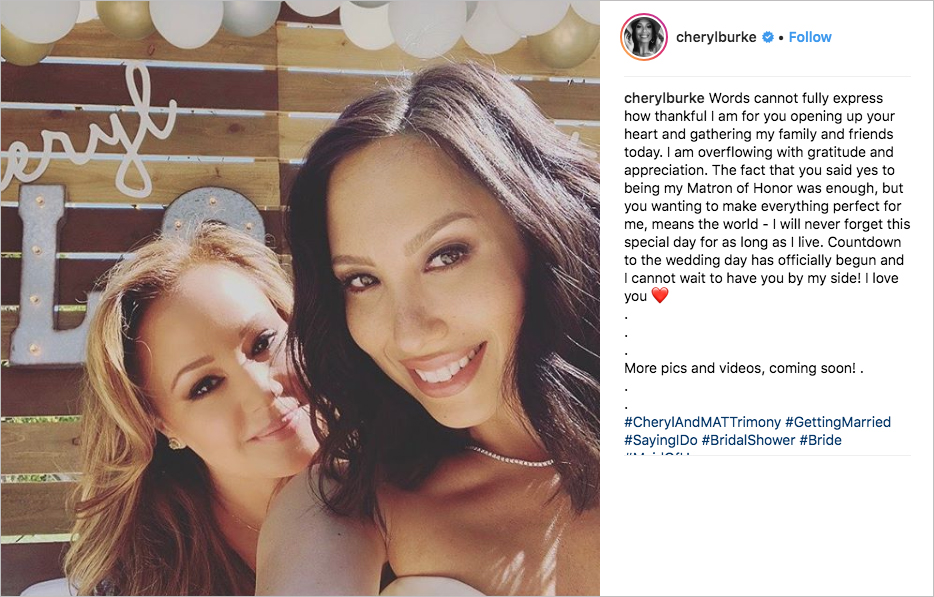 The countdown continues for Cheryl Burke and Matthew Lawrence’s wedding day! The dancer had her bridal shower this past weekend, which was thrown by close friend and matron of honor Leah Remini. It’s been just under a year since the couple got engaged, and at the start of the year we predicted a summer wedding for the duo. 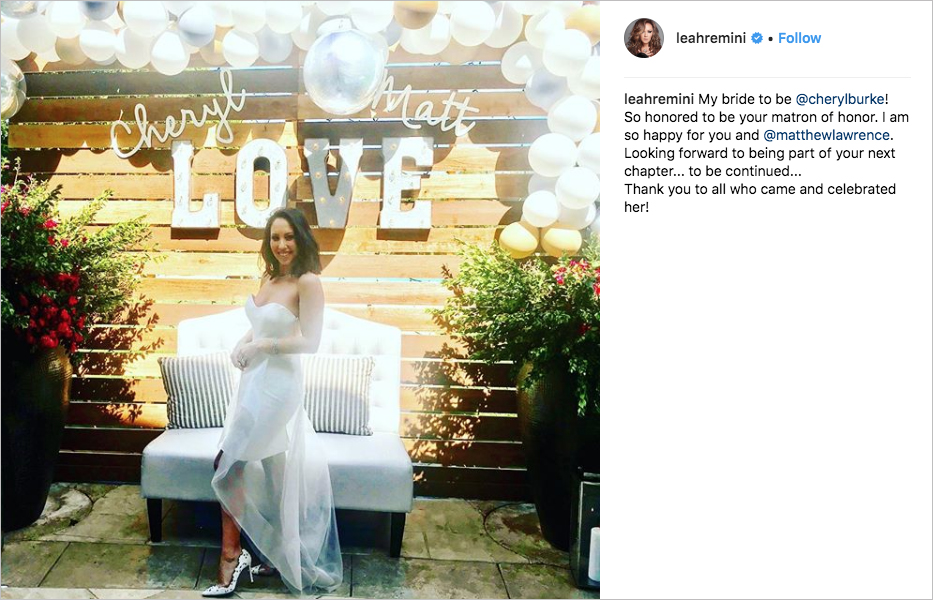 The shower looks like it was held in the backyard of the Second Act star. A charming backdrop hints at rustic-chic details. Though the wall of reclaimed wood was behind a special seat for the guest of honor, it also served as a popular photo backdrop for guests. The structure displayed Cheryl and Matt’s names in ivory script, in addition to “LOVE” in distressed metal marquee letters. Keeping with popular trends, matte balloons in white, gold, and silver framed the wall. 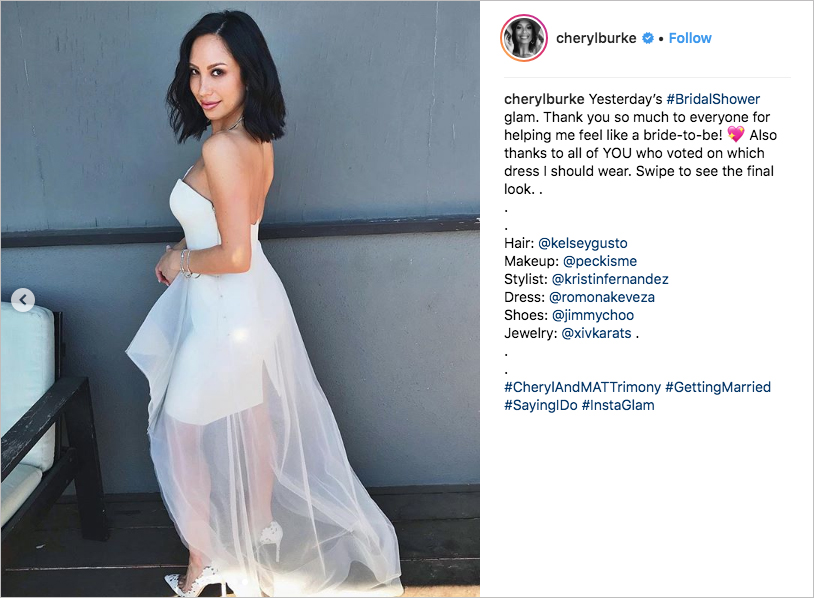 As always, the bride was looking stylish. She wore a chic white mini dress with a high-low tulle overskirt by Romona Keveža paired with designer laser-cut pumps in the same bridal hue. Her charming freckles were on display, while her eyes were played up with a natural smoky eye, and her elegant "lob" was styled with softly tousled waves. 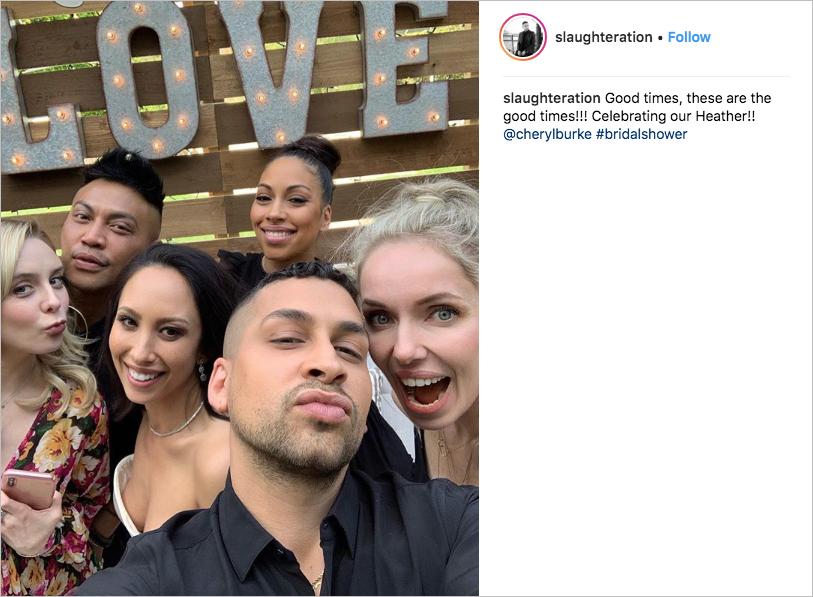 According to reports by People magazine, it was a pretty traditional bridal shower, with guests taking part in games such as making dresses out of toilet paper. Treats also included a rainbow cake, with layers in each color and coated with frosting covered with sprinkles. However, the guest list was co-ed, although it doesn’t appear that Matthew Lawrence was in attendance. 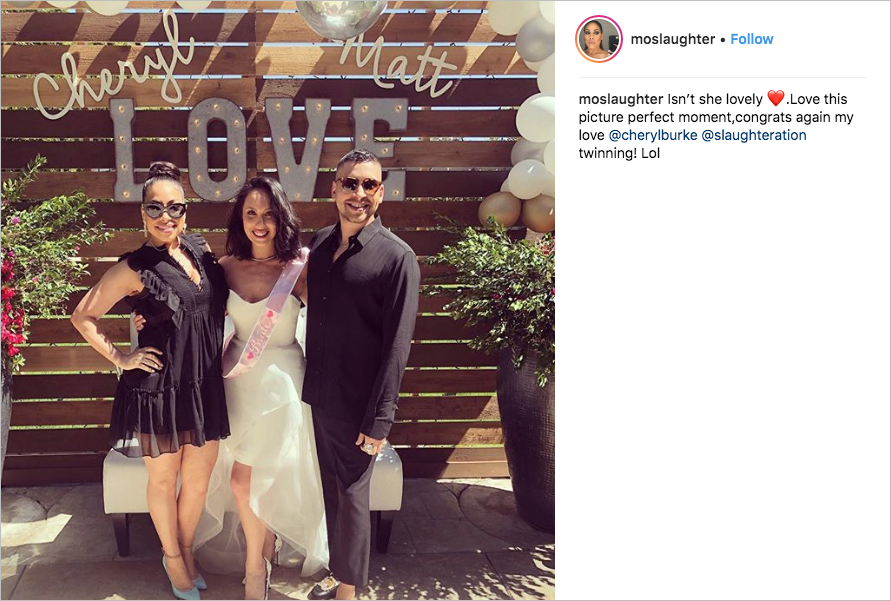 What to Do When You Have to Cancel After RSVPing