After years of “Bleeding Love,” Leona Lewis is engaged! Though rumors had been swirling since August when the singer was spotted in Puerto Rico with a diamond ring on that finger, she only just now confirmed the news to People magazine. Unlike the many whirlwind romances seen in the celebrity world this year, Leona and her fiancé Dennis Jauch have been dating since 2010. A choreographer and trainer, Dennis met Leona while working as a background dancer for her tour.

Though there are no close-ups of the ring yet, it appears to be a large round or oval diamond, likely set with a delicate halo. Despite the couple being quietly engaged for months, there has been no word about a wedding date. Considering the couple seems to like their privacy, it wouldn’t be shocking if the pair eloped and kept the news a secret until the time is right, or even threw a surprise wedding for their family and friends to celebrate their love. However, much like the engagement we’re sure no matter when Leona and Dennis tie the knot, they will share the happy news when they are ready.

On her Instagram post confirming the engagement, Leona seemed just as happy as she must have been when she accepted the proposal. The emoji-filled caption read, “My heart is singing the happiest song it’s ever sung! I’m bursting with joy and overcome with emotion that I get to embark on this new adventure with my best friend, my partner in crime, my ride or die!” before expressing her disbelief over becoming a wife, her love for her future husband, and their plans to throw a party for their nuptials. 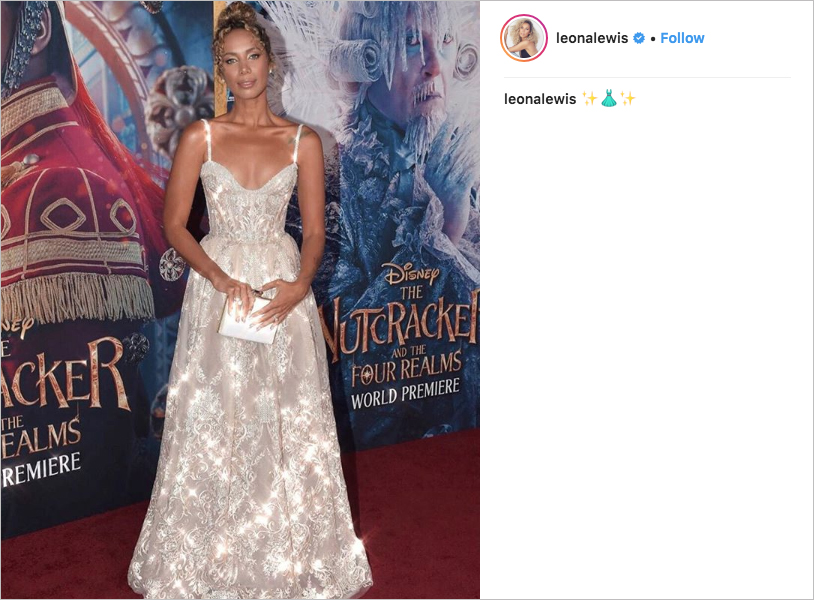 It’s anyone’s guess what Leona will choose to wear as she walks the aisle, but we have a preview of how she looks (beautiful, no surprise there) in a dress reminiscent of a bridal gown. She recently wore a stunning lace gown in ivory with a modified A-line silhouette by Michael Cinco at the premiere of The Nutcracker and the Four Realms. Will he design her wedding dress as well? Only time will tell.