Engagement season is in full swing – even for celebrities! While on vacation in Fiji, Matt Bellamy – the lead singer of the rock band Muse – proposed to model Elle Evans a few days after her birthday. Elle, who is best known for appearing in the music video for “Blurred Lines” by Robin Thicke, excitedly posted the news on her Instagram profile. Three photos were made a part of the announcement: The pair riding horses on the beach, the bride-to-be smiling widely in an adorable pink sun hat, and a picture of their hands (and that ring!) in front of an arrangement of rocks in a heart formation with petals reading “Congrats” and “Matt [heart] Elle.” 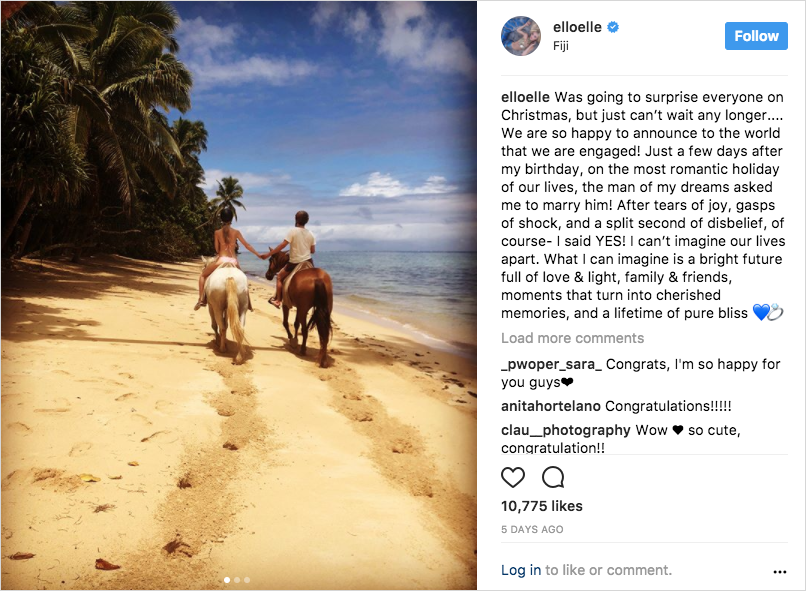 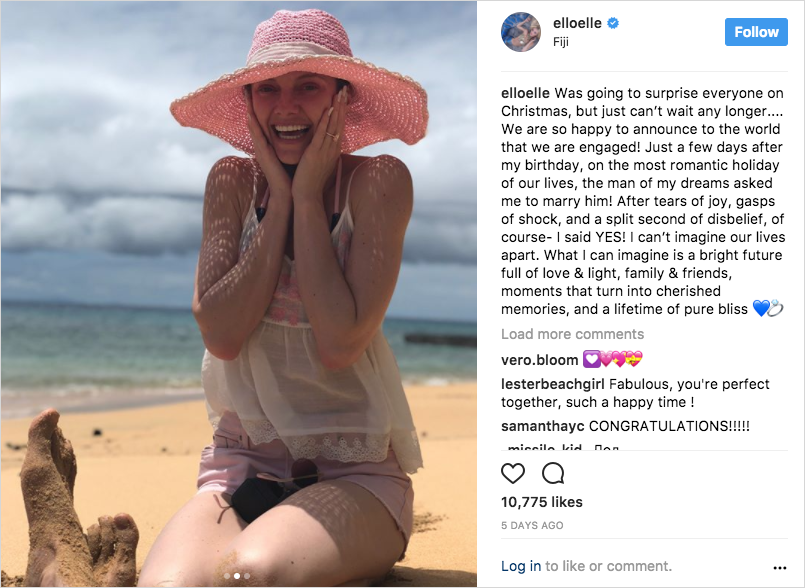 The couple has been dating for two years, having met on the set of Muse’s music video for “Mercy.” Elle has been fully embraced as part of his family, even traveling along on trips to Aspen with Matt’s ex Kate Hudson, as the former flames co-parent their son Bingham. She and Matt also took Bingham trick-or-treating this Halloween. While most songs penned by the groom are not what would come to mind when looking for a tune for the first dance or processional, we will keep our fingers crossed that Matt will write something special for Elle – perhaps even performing it at the wedding! 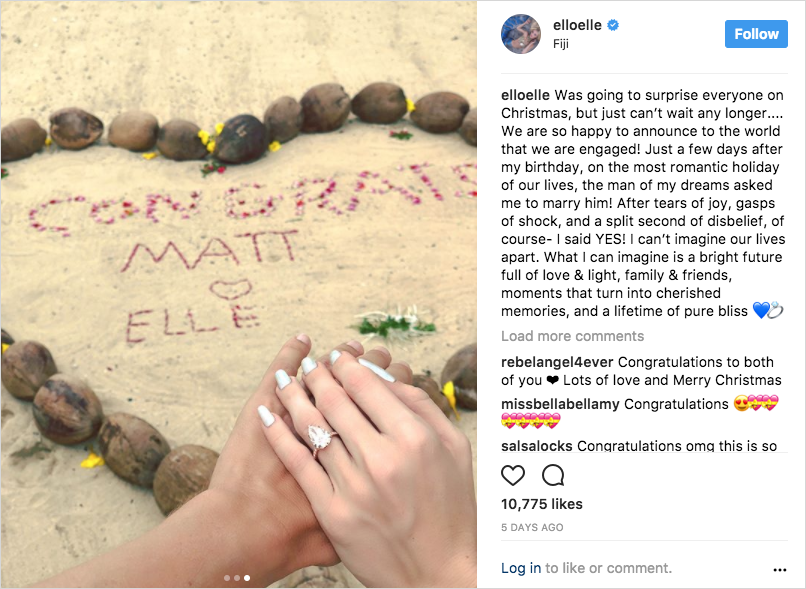 The musician certainly did a great job with the ring. The sparkler is a large pear-shaped diamond – a very on-trend shape – set on a plain rose gold band. While we don’t know if Elle was expecting a proposal, it’s not out of the question that she may have seen it coming. A romantic vacation near her birthday and the holidays? That checks off quite a few boxes! Most notable is her stunning manicure; her long nails painted in pale silver. If the model didn’t have an inkling that her beau could be popping the question, we’re certainly impressed with her nail-care routine.

How to Choose the Right Wedding Photographer