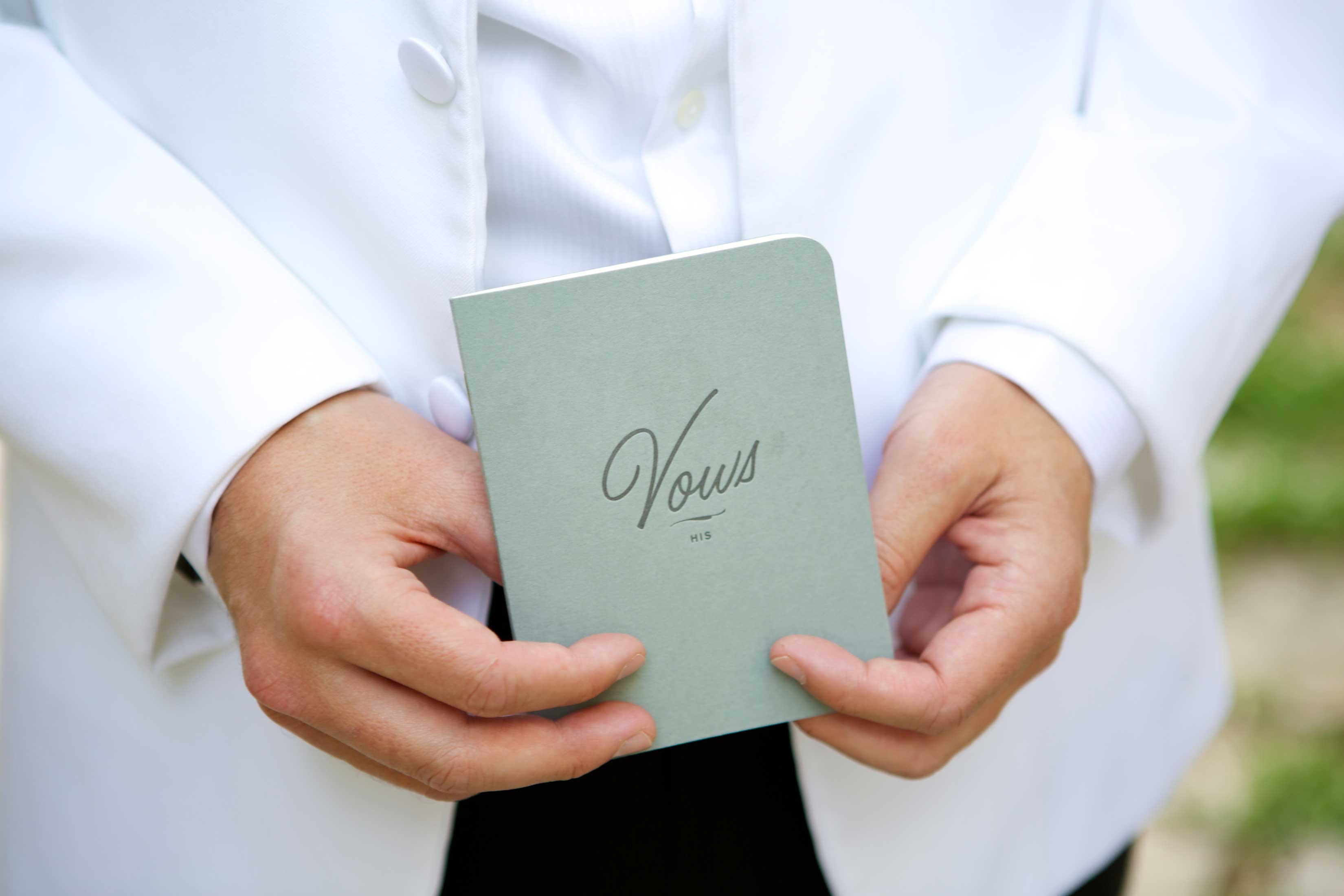 As the new year is seen as a time for starting fresh, we teamed up with celebrity planner and Editors Circle member Mindy Weiss and the team at Wedding Paper Divas to theorize about which of our favorite celebrity couples might choose to renew their vows in 2017. Vow renewals are increasing in popularity as couples embrace the idea of celebrating their lasting love in an era where it is understood that not all marriages are “’til death do us part.”

Some couples use vow renewals to commemorate a milestone anniversary, while others decide on the ceremony as a way to show their ability to stay strong together after facing a difficult time. Vow renewals are especially popular for couples that may not have had the style of wedding they wanted. As inspiration, Mindy Weiss has hand-selected celebrity couples she thinks may say “I do” to each other all over again, as well as what style of invitations from Wedding Paper Divas they might choose.

Beyoncé and Jay-Z may be larger than life, but their vow renewal would likely be a very intimate affair. Their celebration would be private but chic – just over 20 guests, mostly family – and filled with hundreds of glowing candles, all-white hanging florals that fill the ceiling, and elegant gold accents. A stunning destination location like Corsica, France would be the perfect getaway for the couple and their guests. And wouldn’t Blue make the most adorable flower girl at the ceremony? 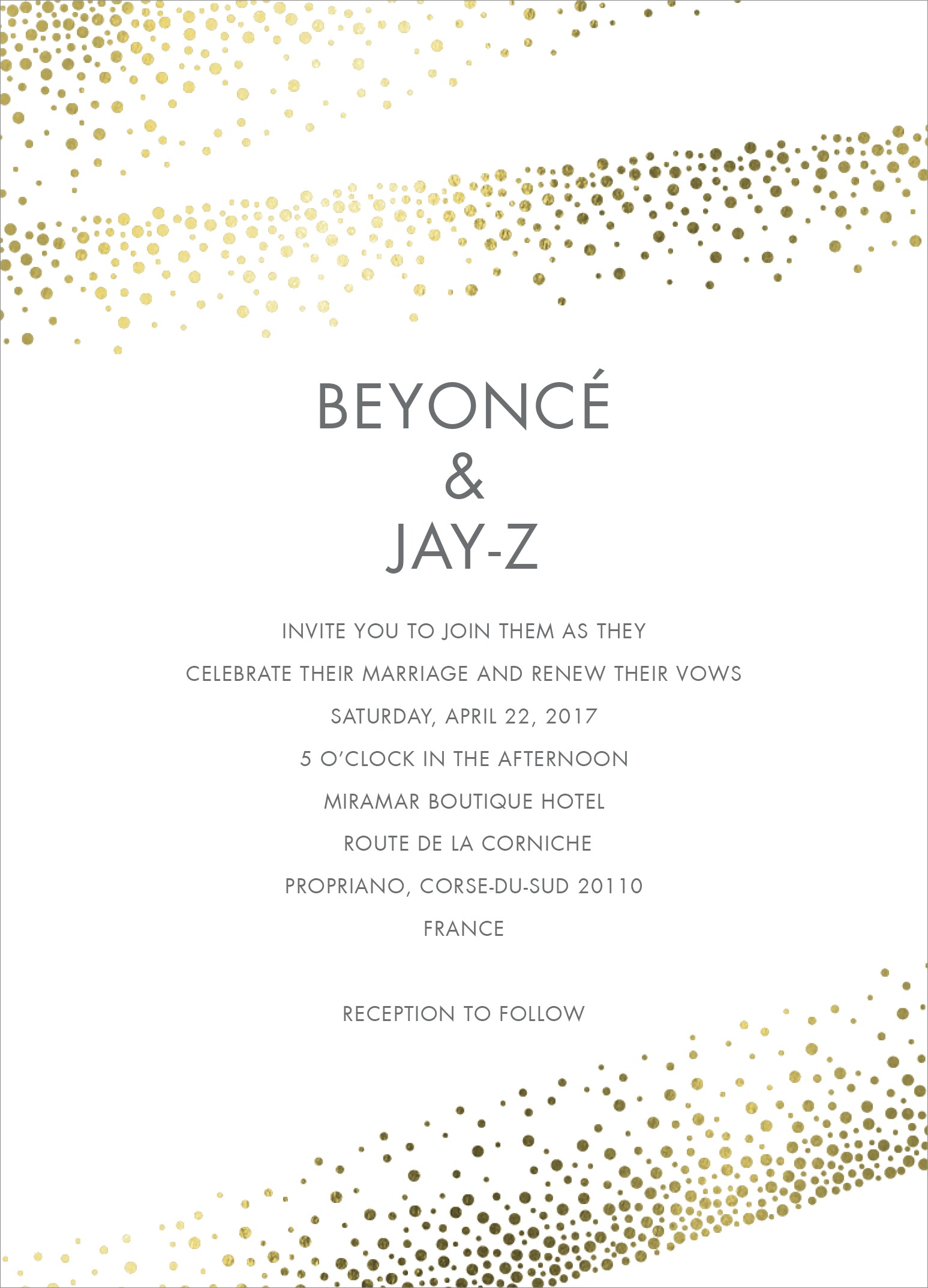 Sarah and Freddie said “I do” 15 years ago at an intimate beach wedding in Mexico. I see them heading to another tropical location for a vow renewal, but with a modern, sophisticated twist reflecting the couple they are today. Picture flowing white fabrics, cream and white florals with a hint of soft blue in the tablescapes and other décor accents. Freddie loves to cook (he just released a new cookbook, after all!), so a homespun recipe will be a key part of the menu. Their adorable kids Rocky and Charlotte would also have fun roles in the ceremony. 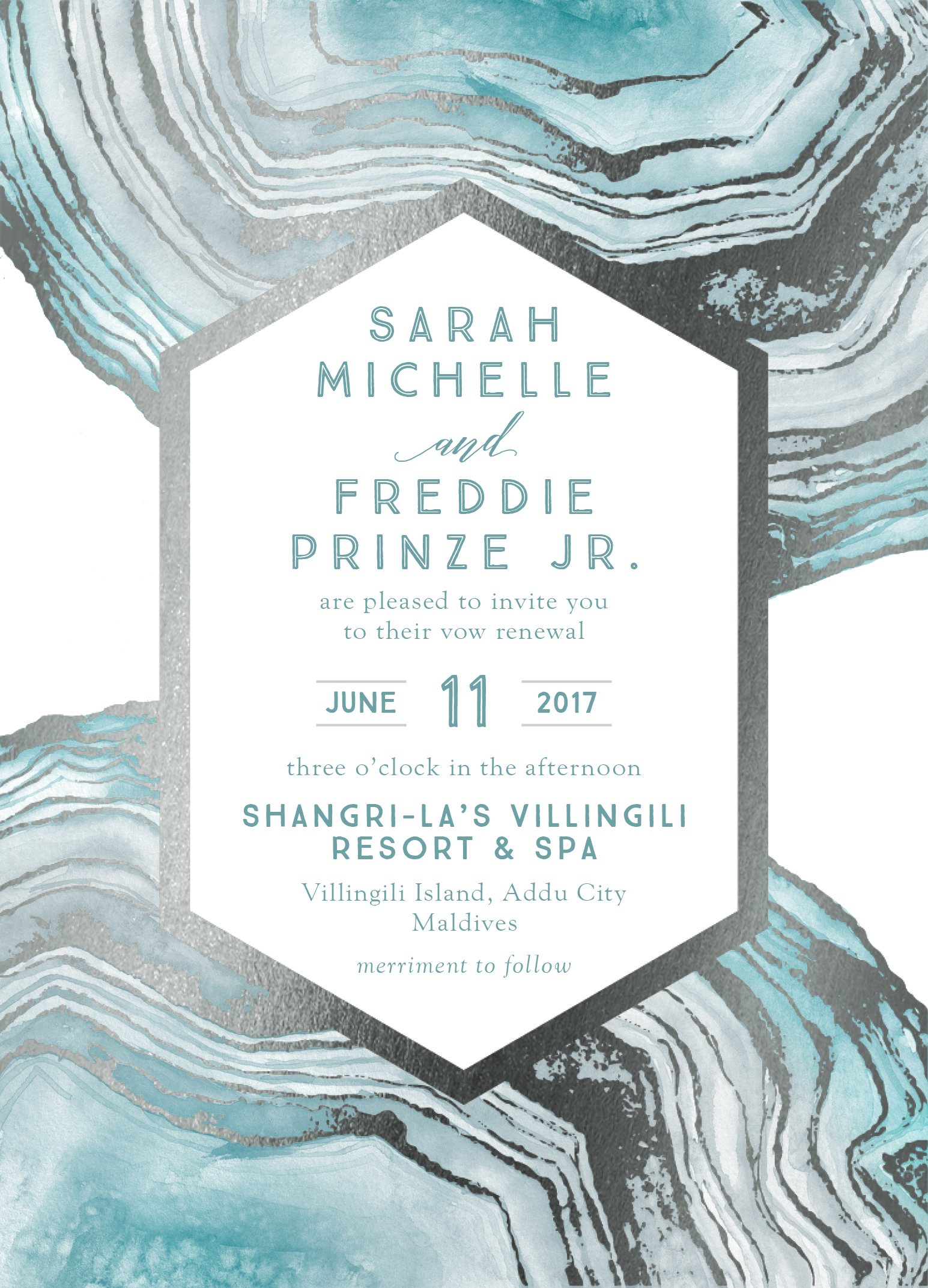 David and Victoria Beckham are coming up on their 18th wedding anniversary. Can you say relationship goals? The couple’s style has evolved significantly since their grand, over-the-top nuptials back in 1999. For a vow renewal, I think this couple will pay homage to their current modern, minimalist style with a private affair in a small, chic village in London with just their kids, close family, and a few London friends in attendance. Décor would be crisp and sleek with touches of trendy rose gold. Victoria would wear one of her pleated silk organza gowns in blue (my favorite color on her!) and her handsome husband would don a classic black tux. 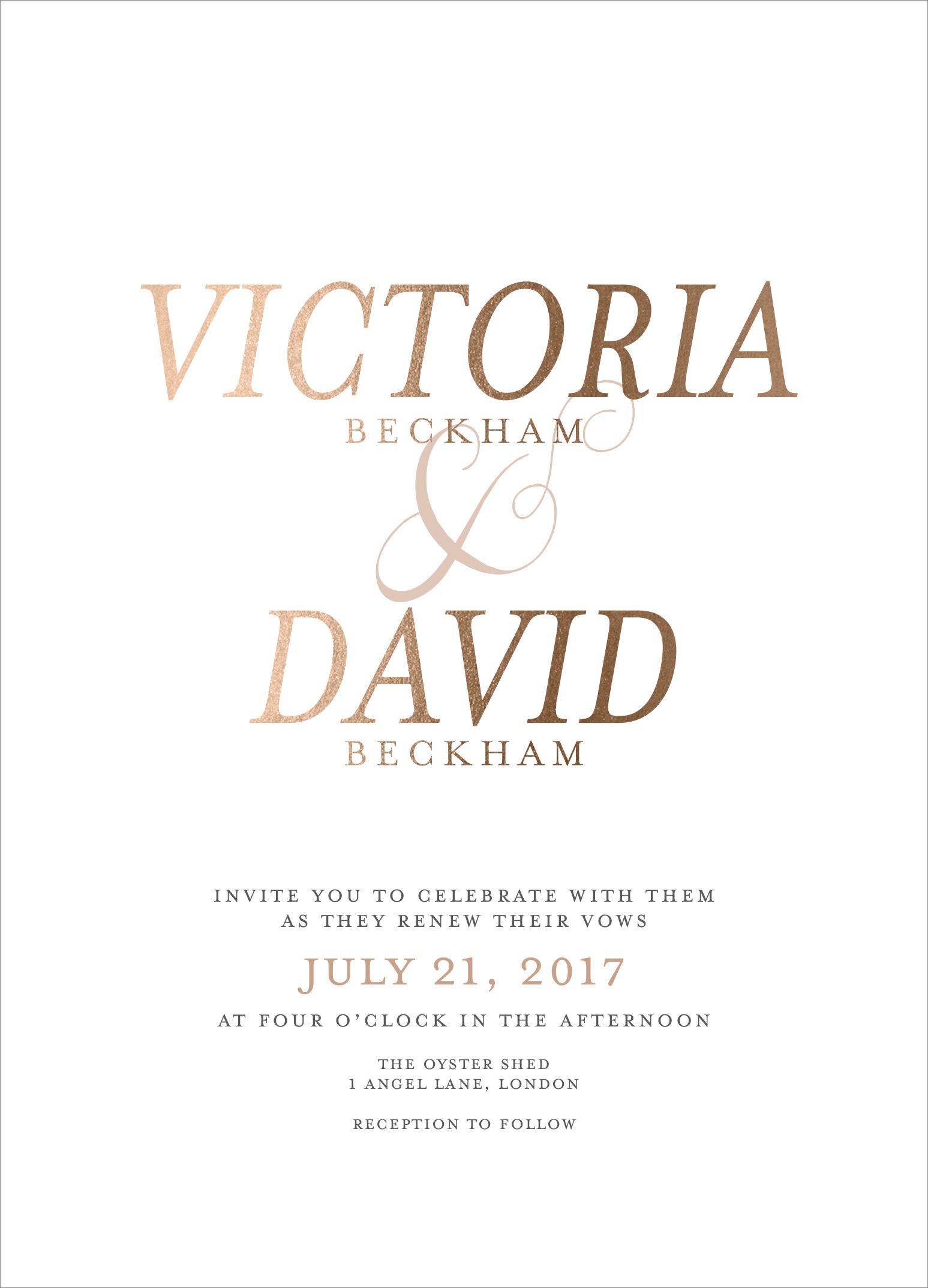 This couple is the definition of New York City chic. SJP and her Broadway beau will bring old-timey glitz and glam into this black-tie affair. I envision a nighttime renewal ceremony in an iconic New York City location like the Rainbow Room, with hints of metallics and glimmer throughout the décor. For music, jazz musicians would fill the room with classic standards. SJP recently noted that she regrets wearing a non-traditional black dress for the couple’s wedding in 1997. This time around, we’d certainly see her in a more classic white gown. 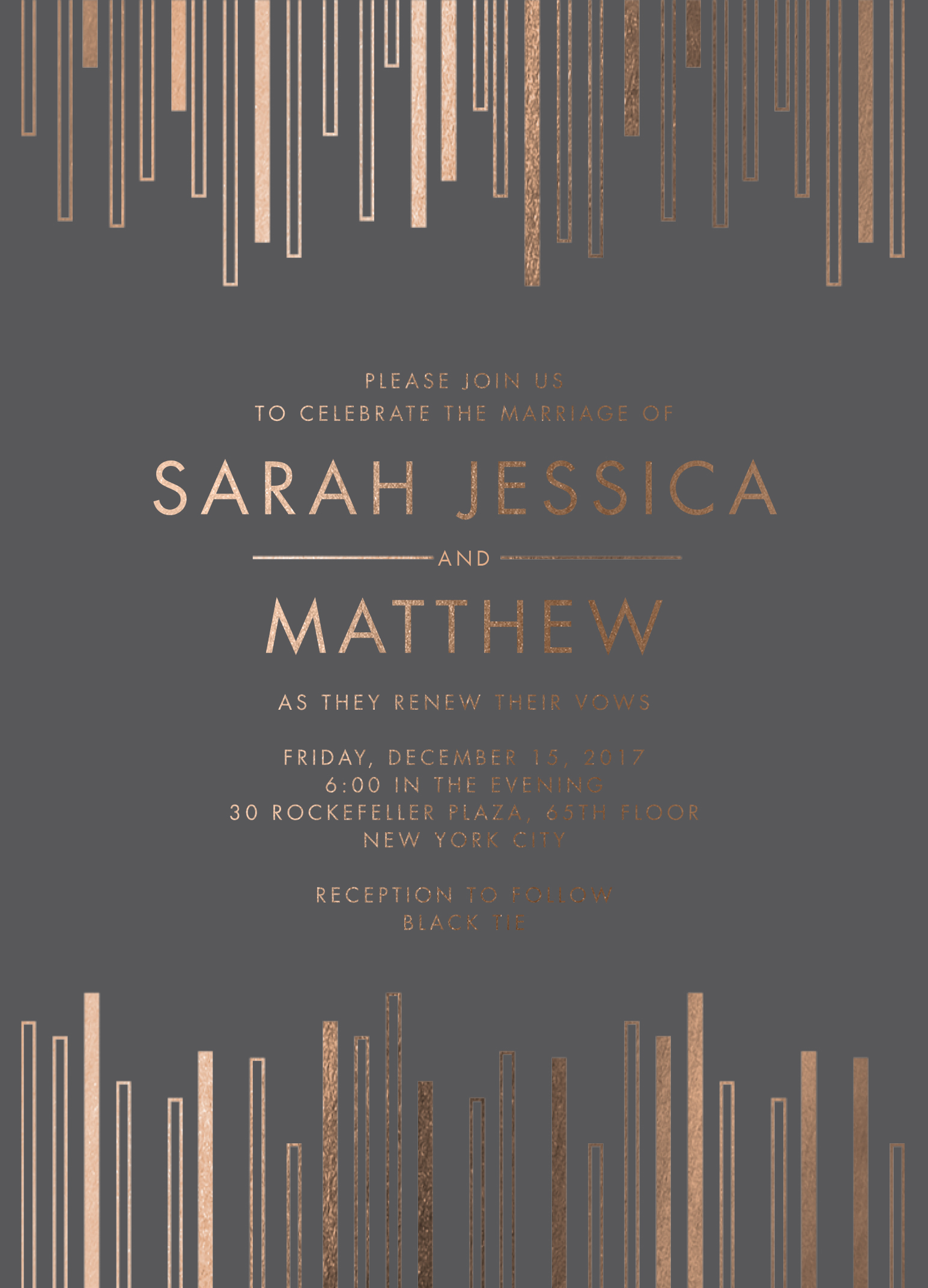 Tom and Rita break the Hollywood curse with their 28-year-long relationship. I envision an outdoor rustic celebration for these two. A spring ceremony at the Central Park Boathouse is the perfect location for these New Yorkers (Tom is seen running there every day!). Overlooking the park, picture dark woods, bright florals, and Edison lights strung up and reflecting over the water. This classy and traditional couple would limit the event to close family and friends. 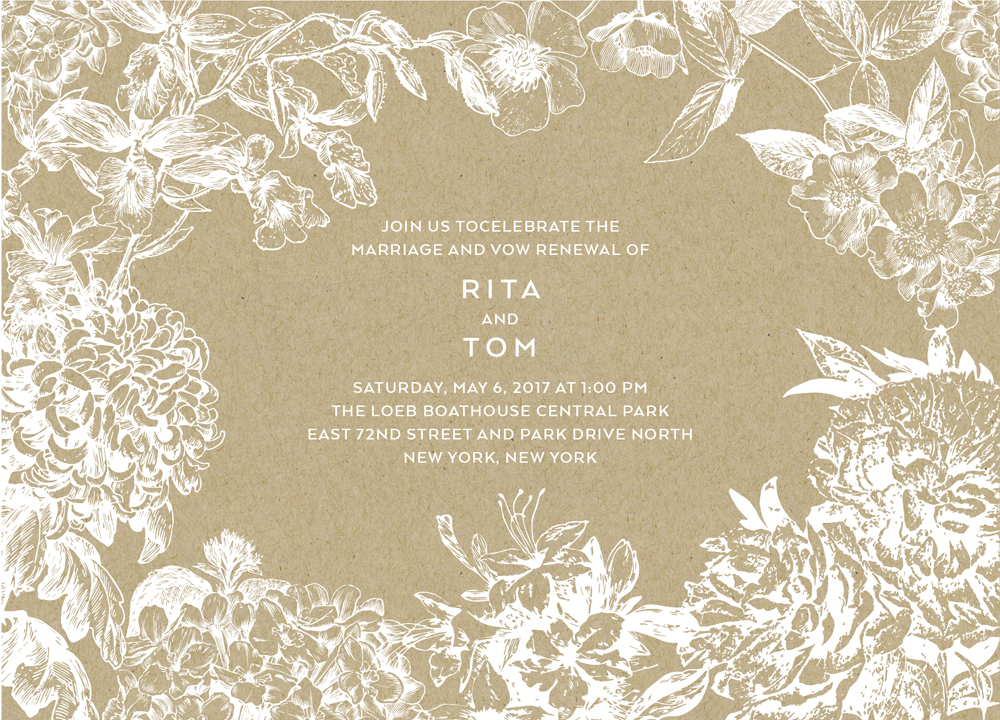 View designer dresses that would be perfect for a vow renewal and read more planning advice from Mindy Weiss.

9 Beautiful Pairs of Bridal Shoes in Shades of Blue