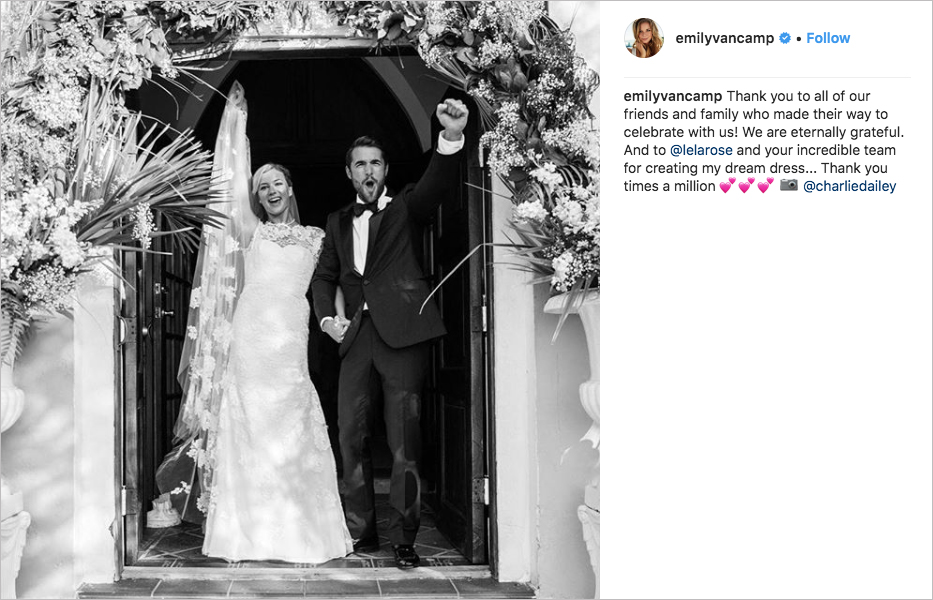 After having an onscreen wedding on Revenge, actors Emily VanCamp and Josh Bowman at last got to have their own nuptials. They have been dating since the first season of the show in 2011 and continued their relationship after the show wrapped in 2015. They were engaged in 2017, and judging by the photo Emily posted on Instagram, it appears that Josh proposed either on a hike or a camping trip. The charming picture features Emily covering her face with her hands – putting her engagement ring on full display – while wearing a wool beanie and a vest over a sweatshirt. The backdrop is a forest filled with fog.

After a little more than a year and a half, during which Emily began starring on The Resident, the couple finally tied the knot on Harbour Island in the Bahamas. The bride shared two black-and-white photos of the nuptials, showcasing the lace details of her dress and veil as she and her new husband raise their arms in celebration outside of the church. In the second photo, the newlyweds are seen walking down the street with a band performing behind them, à la the “second line” tradition that is particularly popular in New Orleans.

Your Guide to Luxury Concierge Services on Your Honeymoon