Have you ever wished your favorite celebrity could be at your wedding? Surely, we’ve all daydreamed about certain heartthrobs being the groom, but there are also the stars who just seem like they would be a great pal. Back in January, a bride-to-be named Ericka tweeted on a whim, wondering what it would take for David Harbour, who stars as Sheriff Hopper on the hit Netflix series Stranger Things, to officiate her upcoming September wedding. 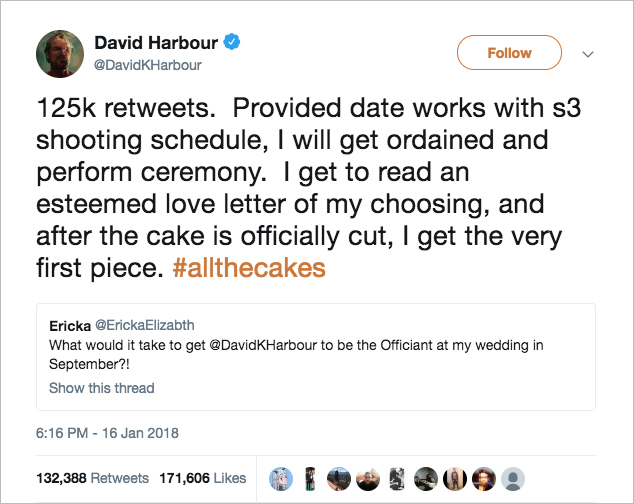 Surprisingly, he actually replied! He said if his response was retweeted 125,000 times (a goal it quickly reached), if the wedding didn’t conflict with his shooting schedule, and if he was able to have the first piece of cake, he would get ordained and preside over Ericka and her future husband’s nuptials. 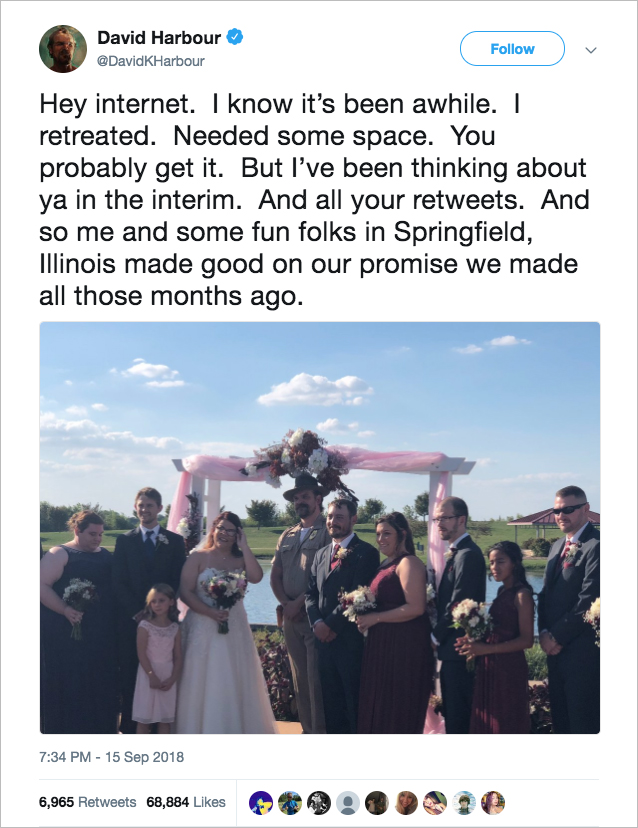 As things often go on the Internet, most people enjoyed the story for a few days and then promptly forgot about it, especially as the actor took a break from social media. However, David resurfaced on Twitter, complete with a photo from the ceremony of the happy couple. Not only did he keep his promise to officiate the wedding, he even did it in his Sheriff Hopper uniform. Luckily, reports seem to indicate that there were no monsters at the reception, so the Sheriff did not have to rely on his experience from Hawkins, Indiana.

Friends, family, and even the photographer replied to the tweet thanking him for taking the time out of his schedule to make the occasion even more unforgettable than it would have been already. One guest even shared that he had the opportunity to take a photo with the star, revealing that the new officiant may have even stuck around for the reception or cocktail hour. 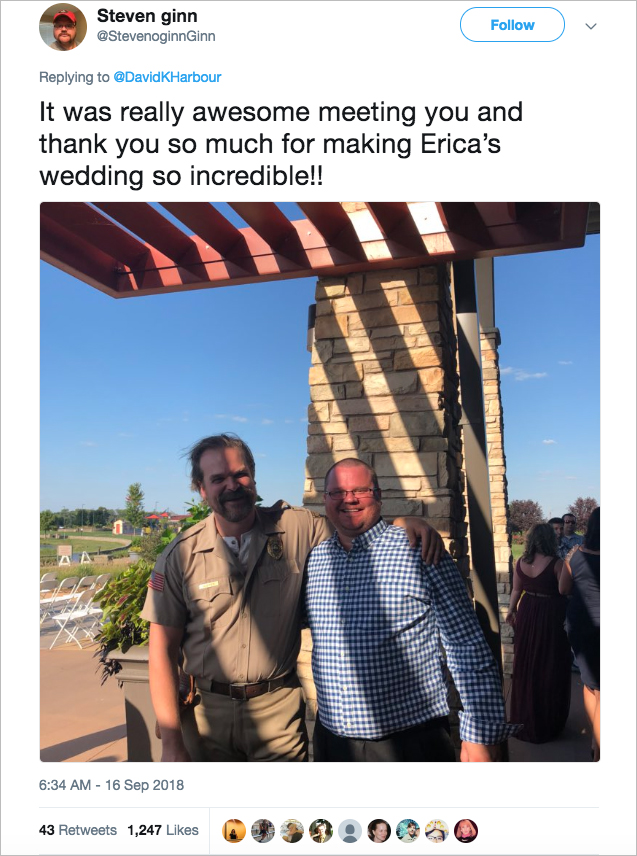 What celebrity would you like to officiate your wedding? Read our ideas here, and then watch Kesha's msuic video where she presides over a same-sex ceremony.

What to Do at a Coed Wedding Shower