Recently the actor David Harbour, best known for portraying Sheriff Hopper on the hit show Stranger Things, responded to a fan on Twitter about officiating her upcoming wedding. After stating the number of retweets needed for him to do so, the actor then shared his requirements – some serious (must fit with his shooting schedule for the show) and some playful (must allow him the first piece of wedding cake). 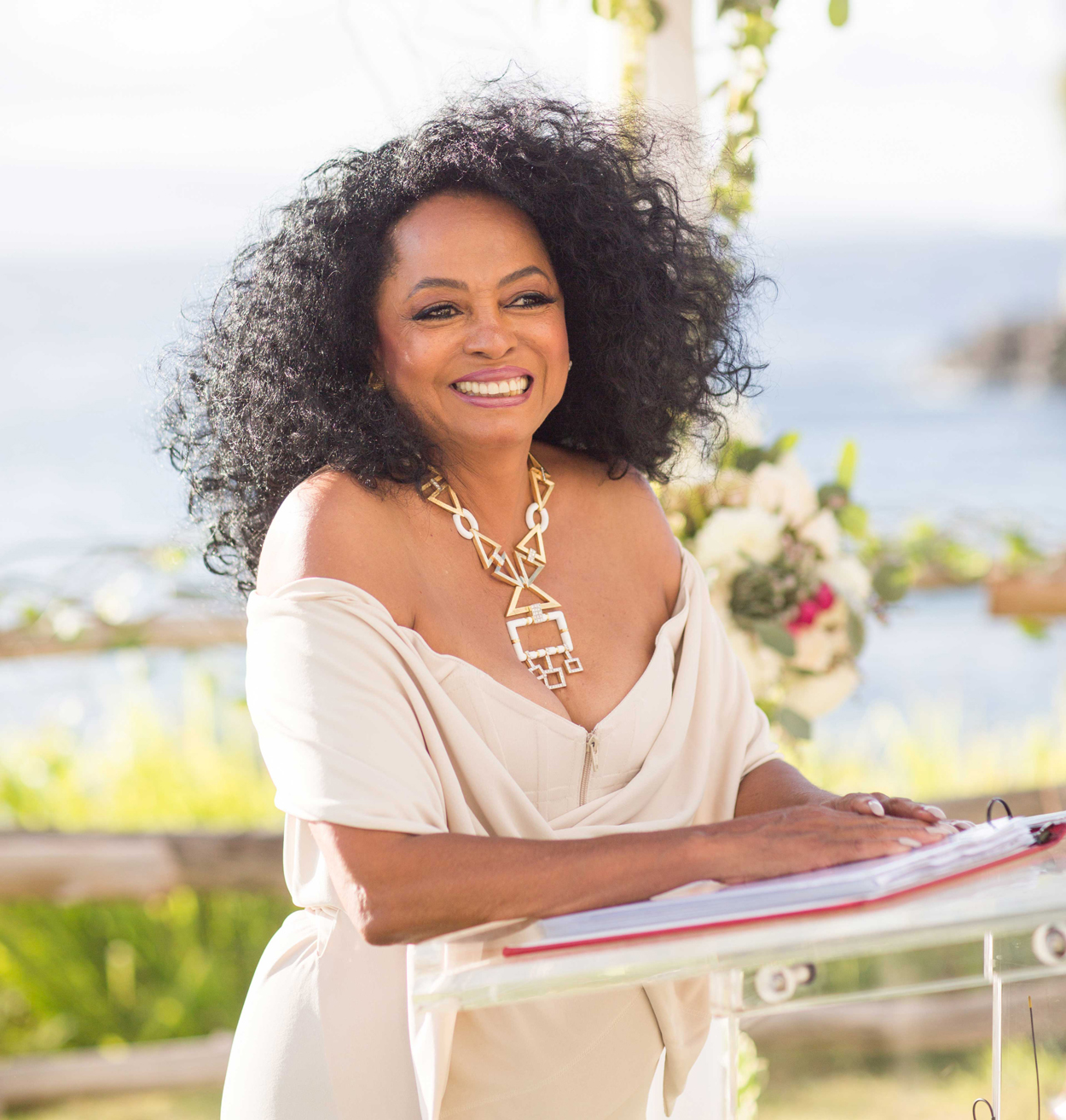 Photo by The Day 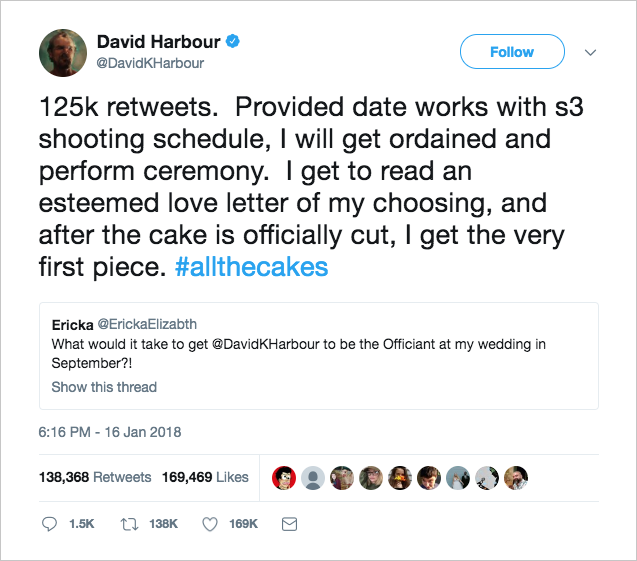 The tweet quickly got us thinking about what celebrities would make great wedding officiants. It’s certainly been done before, though usually with a personal connection. For example, Diana Ross presided over the ceremony for her daughter Chudney’s nuptials. Ian Somerhalder of The Vampire Diaries led the wedding service for his close friends, and you can even watch the highlight video below!

Of course, not all of us are lucky enough to be related to or personally know a celebrity, but that doesn’t mean we can’t fantasize about our favorite stars blessing our marriage. Here are some of our top choices:

Oprah Winfrey
If you weren’t already confident in her public speaking ability, the 2018 Golden Globes would put any doubts to rest. Sure, she’s chosen not to marry in her own life, but the icon would be sure to deliver powerful words.

Tom Hanks
Has anyone ever had anything bad to say about Tom Hanks? The universally beloved actor is affable enough to put everyone at ease. Fun fact: he officiated Allison Williams' wedding to Ricky Van Veen.

Ellen Degeneres
While just about anyone would be honored to have Ellen preside over their ceremony, the talk show host and comedian would be an especially touching choice for same-sex couples due to her advocacy for LGBT issues and her long-term marriage to Portia de Rossi.

Sterling K. Brown
The Emmy- and Golden Globe-winning actor has skyrocketed to fame thanks to his talent and charisma. He would be able to pull inspiration from his loving marriages in both This is Us and real life, delivering an address that would top any of his excellent acceptance speeches.

Jimmy Kimmel
As with Tom Hanks, the late-night host has experience in this field. He officiated the weddings of Matt Damon and Luciana Barroso, as well as Jennifer Aniston and Justin Theroux. Though there would be sure to be jokes throughout the service, his recent appeals regarding health care for children show that he’s not afraid to get emotional.

Tim McGraw & Faith Hill
The first couple of country recently put out a joint album, so they would certainly be able to work together to deliver a beautiful ceremony, especially as they have over 20 years of their own marriage to draw from. You could probably even get a live performance for your first dance as a bonus!

Learn how to be a great wedding officiant and discover the dos and don'ts of writing your own vows.

What Conversations to Have with Your Future Spouse