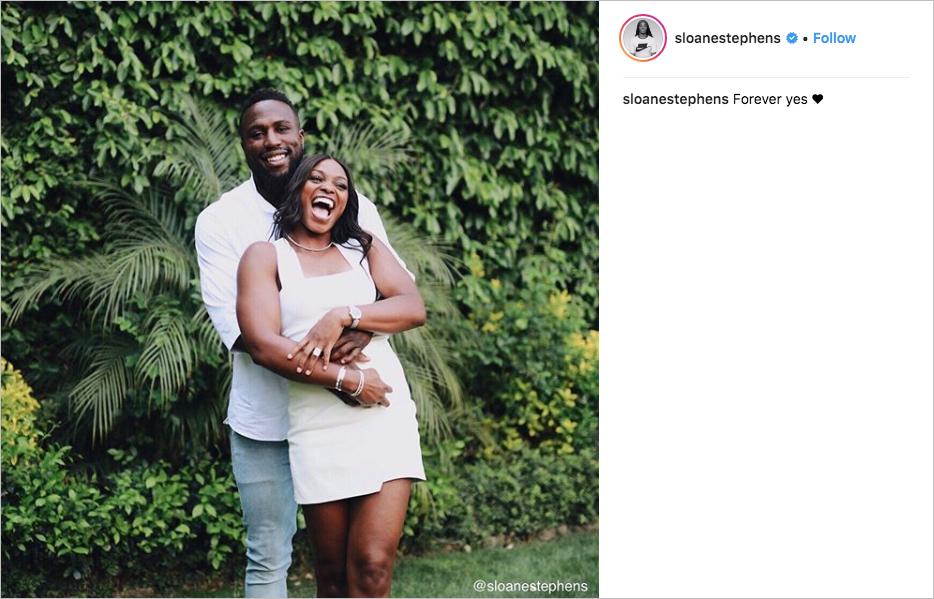 After nearly two years of dating (possibly more, the pair is fairly private), tennis pro Sloane Stephens and soccer player Jozy Altidore are engaged! Sloane has had lots of success in the tennis world, having won the US Open in 2017, and Jozy Altidor plays as a forward for both Toronto FC and the United States national team. In a 2017 profile with The New York Times, it is revealed that the pair has actually known each other since the fifth grade! 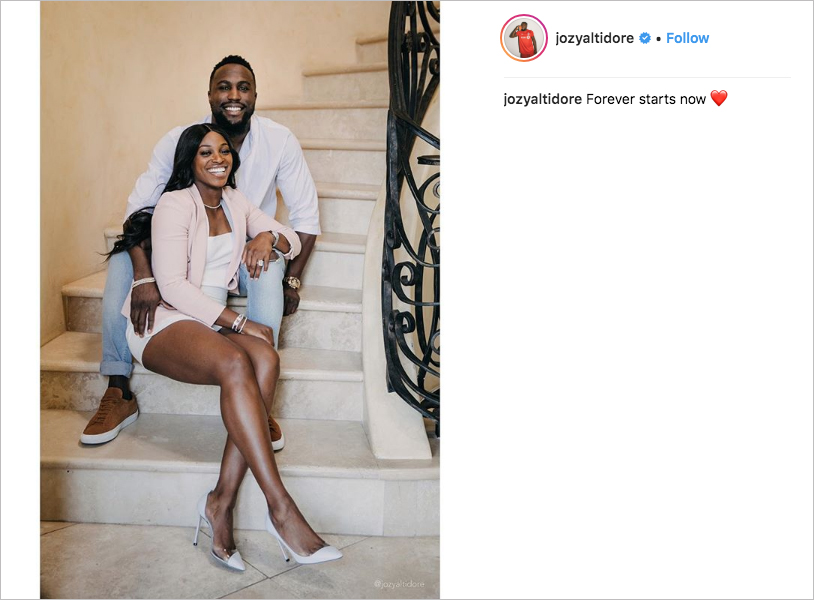 Though both the bride- and groom-to-be posted adorable couple portraits on their respective Instagram accounts, we were not blessed with a close-up shot of the stunning ring. We can infer that whether or not there is a halo, it is a very large diamond – the ring covered the entire width of Sloane’s finger! The stone has a rectangular shape, and our instinct leans more towards it being a radiant cut rather than emerald, due to the sparkle that shows in both pictures. If the ring is any indication, the wedding should be absolutely beautiful!

Build Your Bar: 7 Designs for Your Reception Drink Station

What to Do After the Wedding