Fans of The Bachelorette, rejoice! On Monday, former bachelorette on the hit ABC show Andi Dorfman hosted a viewing party for this season’s finale episode – which, as you know, was quite the television event. With the help of Wedding Paper Divas, Andi enlisted the skills (and the apartment!) of celebrity event planner Mindy Weiss – who most recently planned the lavish wedding of singer Ciara and NFL star quarterback Russell Wilson – to create the perfect atmosphere for her nearest and dearest to enjoy the show. 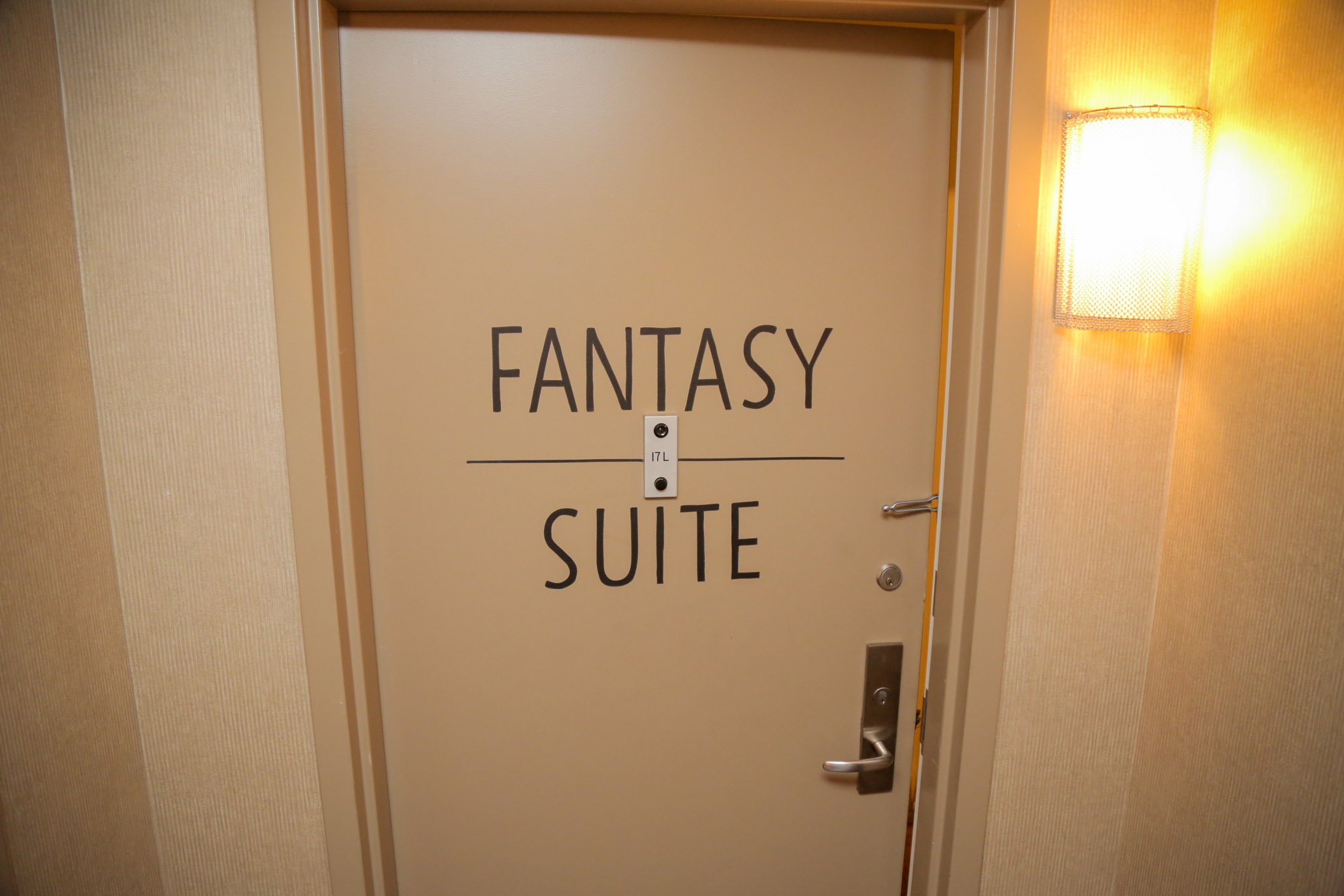 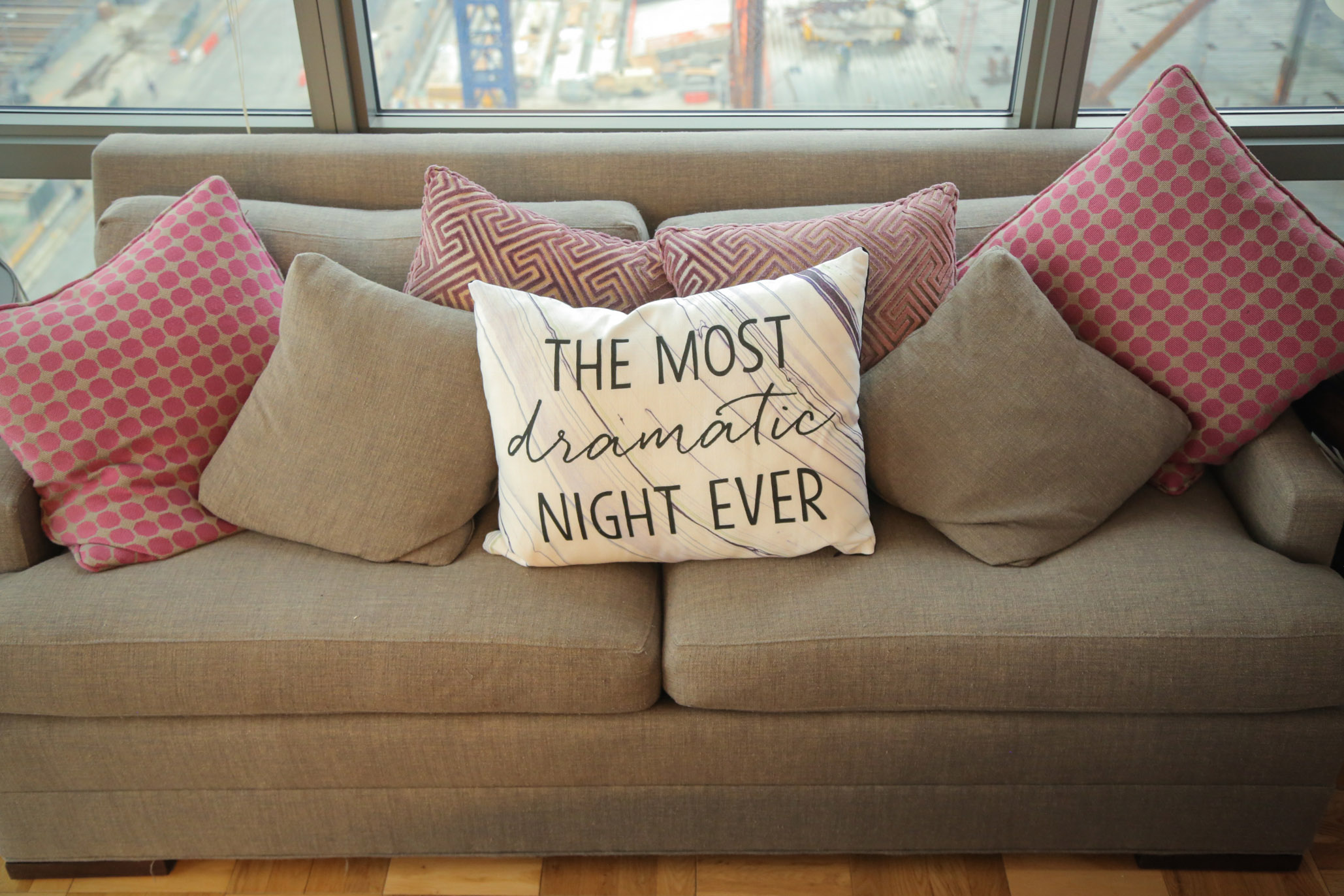 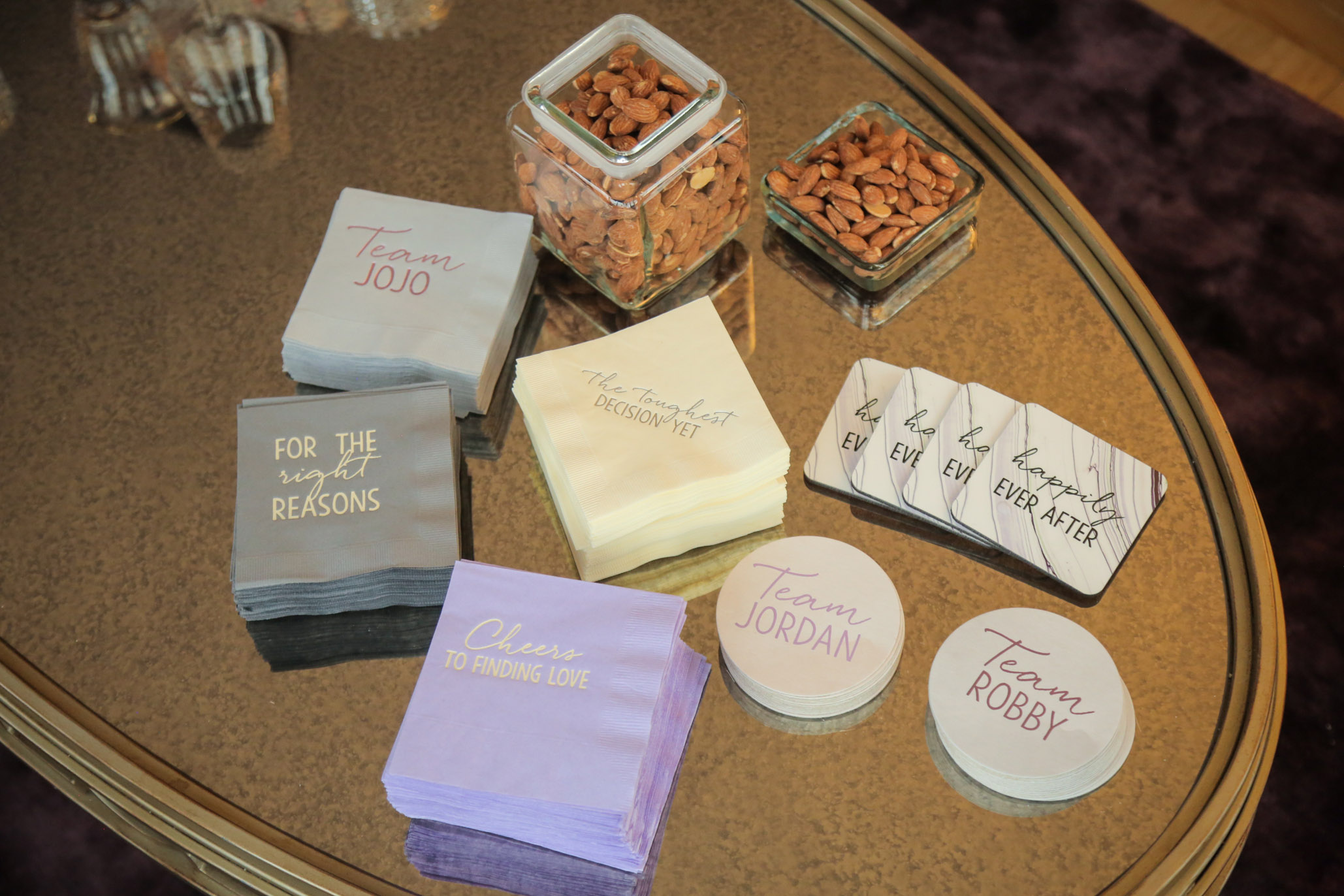 In addition to embellishing the space with fun quotes pertaining to the series – including “For the Right Reasons,” “The Toughest Decision Yet,” and “I Love You Like Chad Loves Food” – Mindy designed two fun mock-up styles of wedding invitations with the help of Wedding Paper Divas based on the two finalists. One style was for the Bachelorette, Joelle “Jojo” Fletcher, and Robby Hayes, and the other was for Jojo and Jordan Rodgers (who Jojo ended up with at the end). Jojo and Robby’s invitation sported an Art Deco vibe with geometric shapes, while Jojo and Jordan’s invite evoked a vintage romance with its laid-back California style. The invitations were place on two separate tables that displayed coordinating themes. 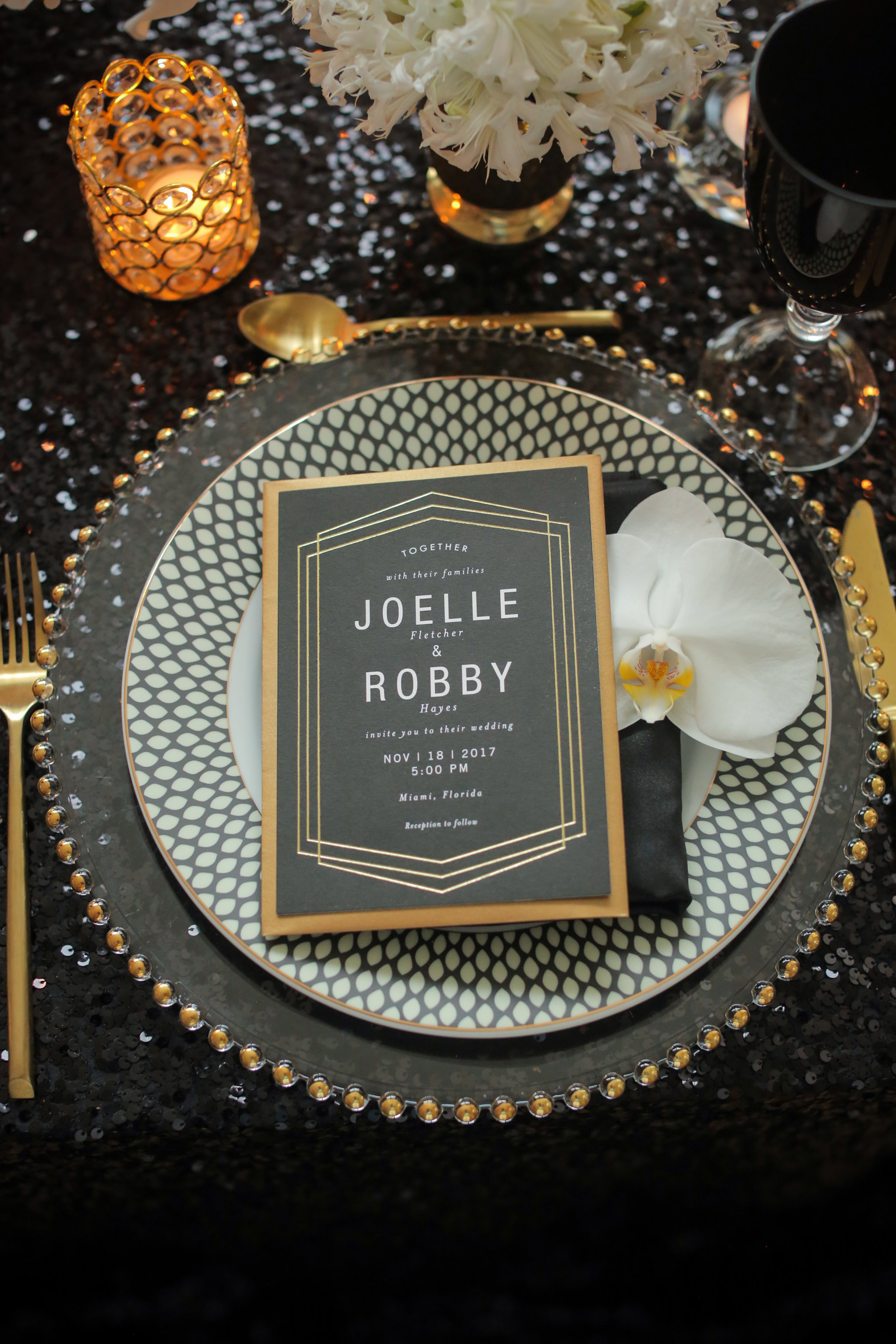 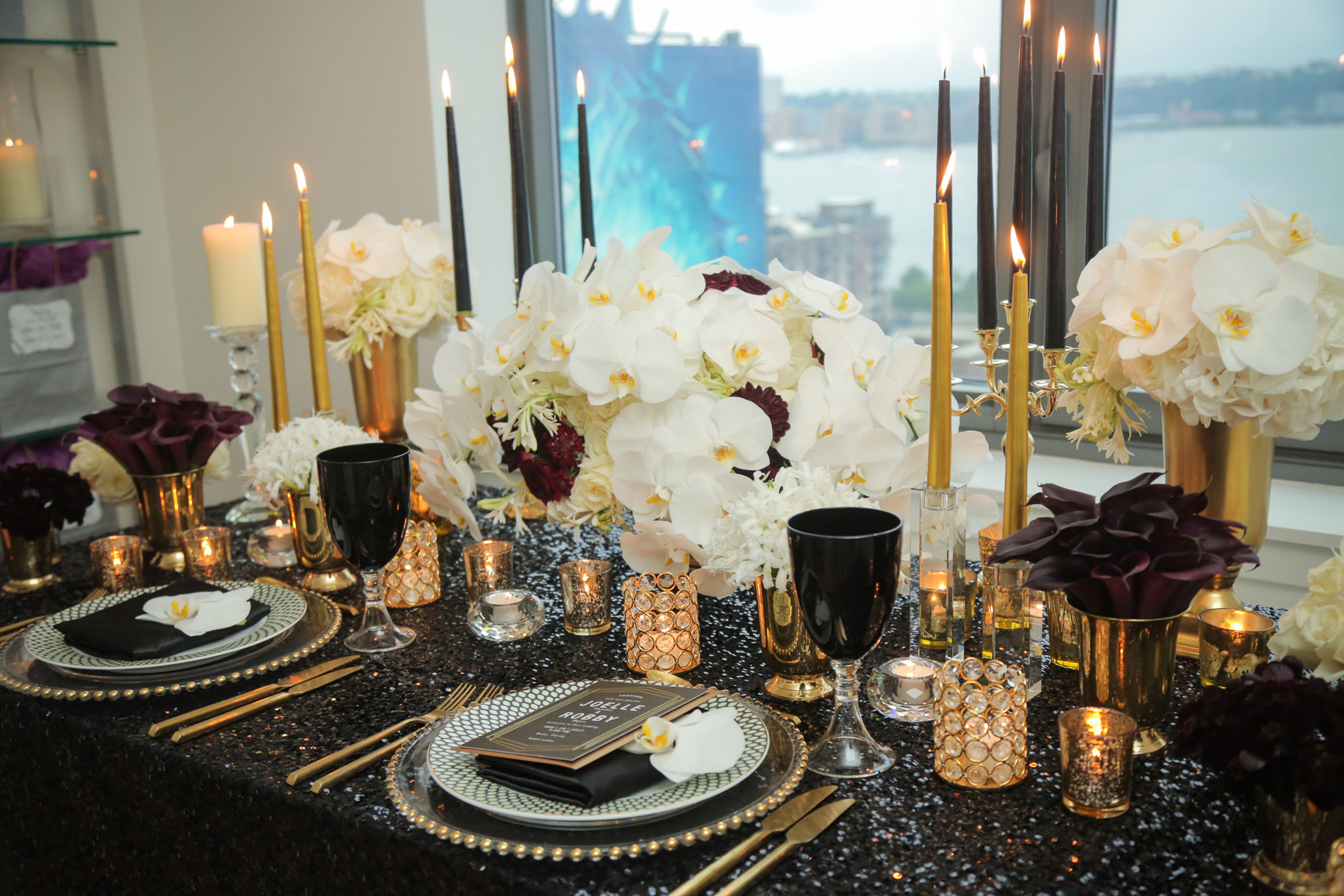 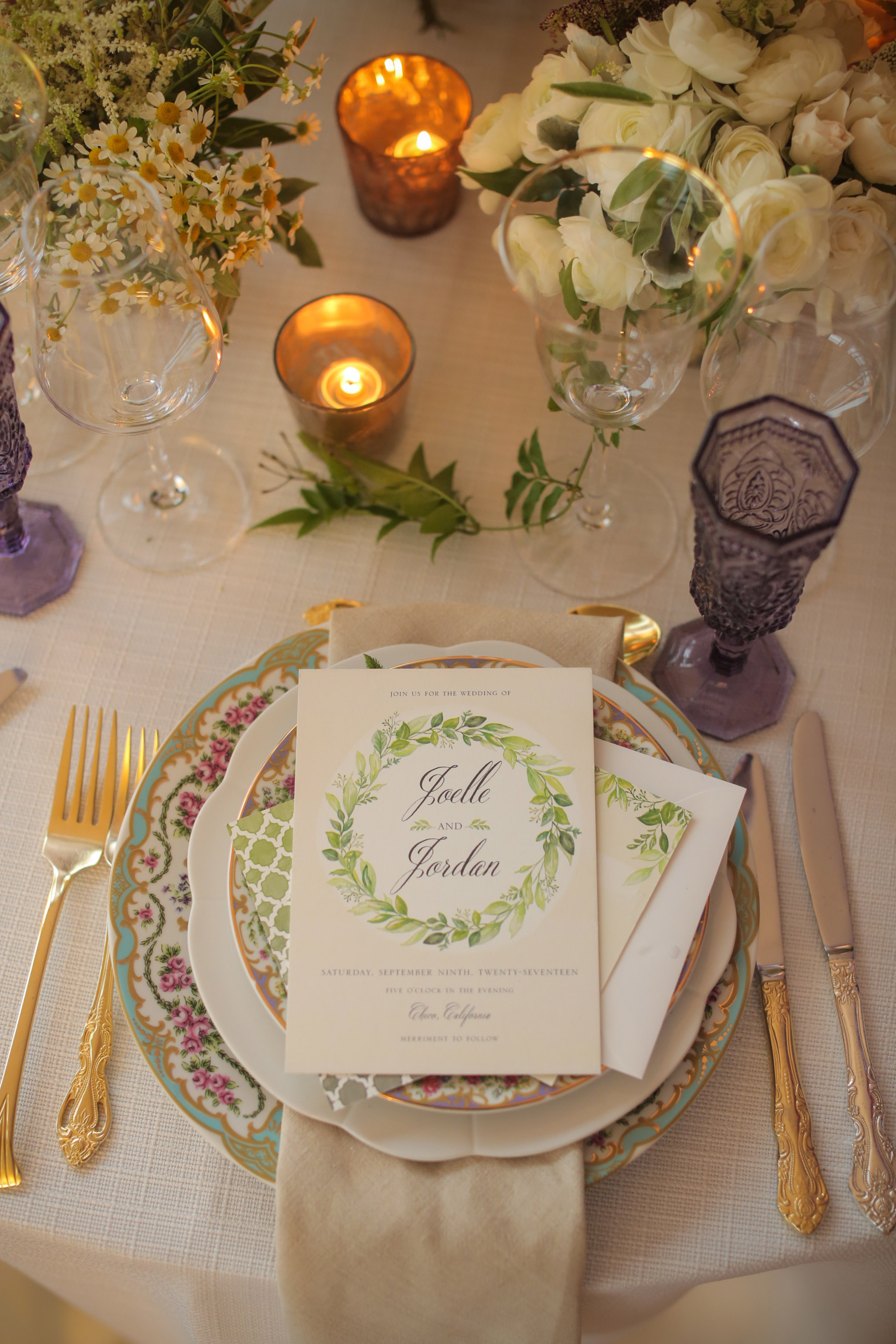 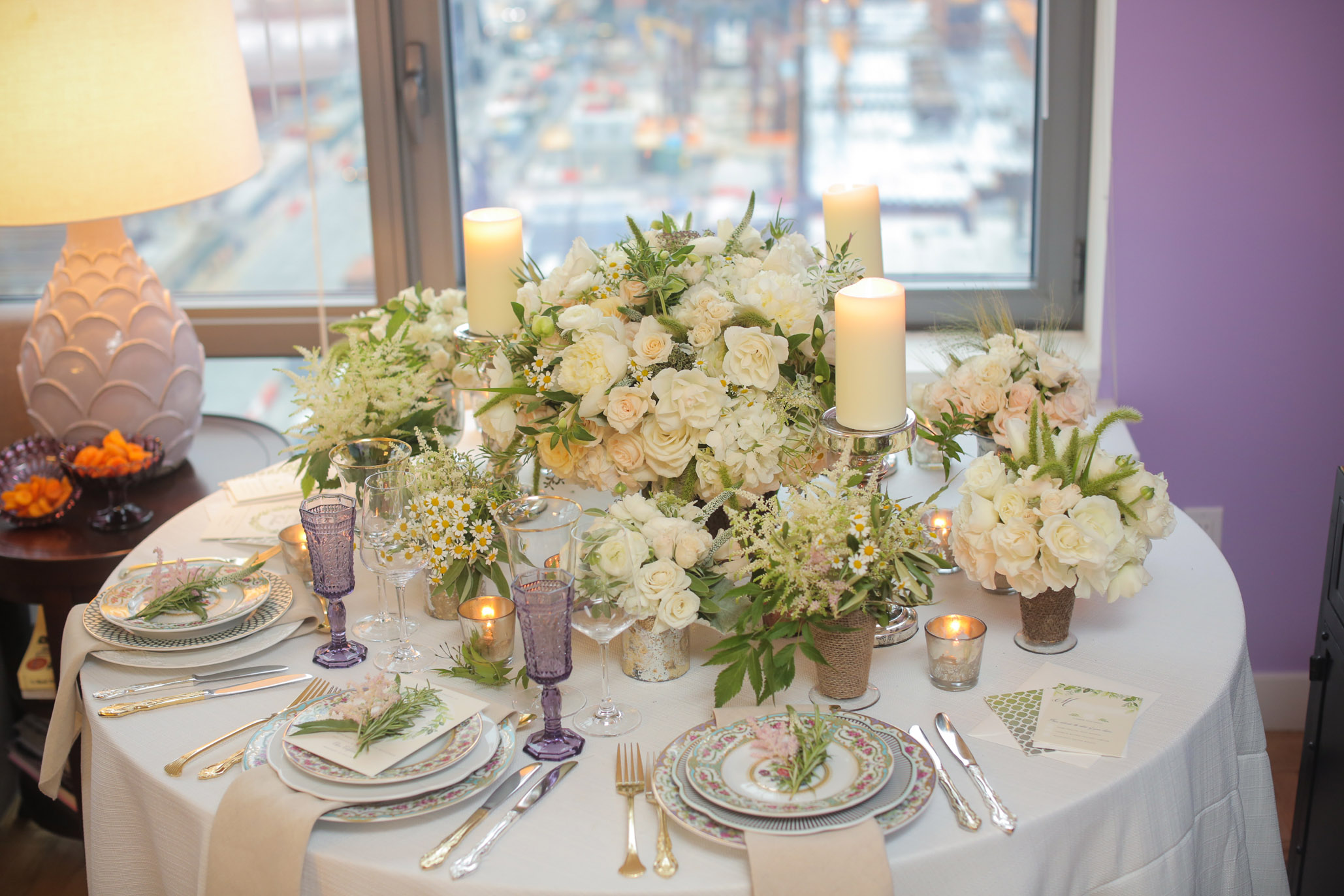 As for the end result, Andi reveals that she knew all along that Jojo would pick Jordan – she could tell by the way she looked at him. Incidentally, Andi is a huge fan of Jojo, noting that she’s a fun “girl’s girl” at the end of the day. 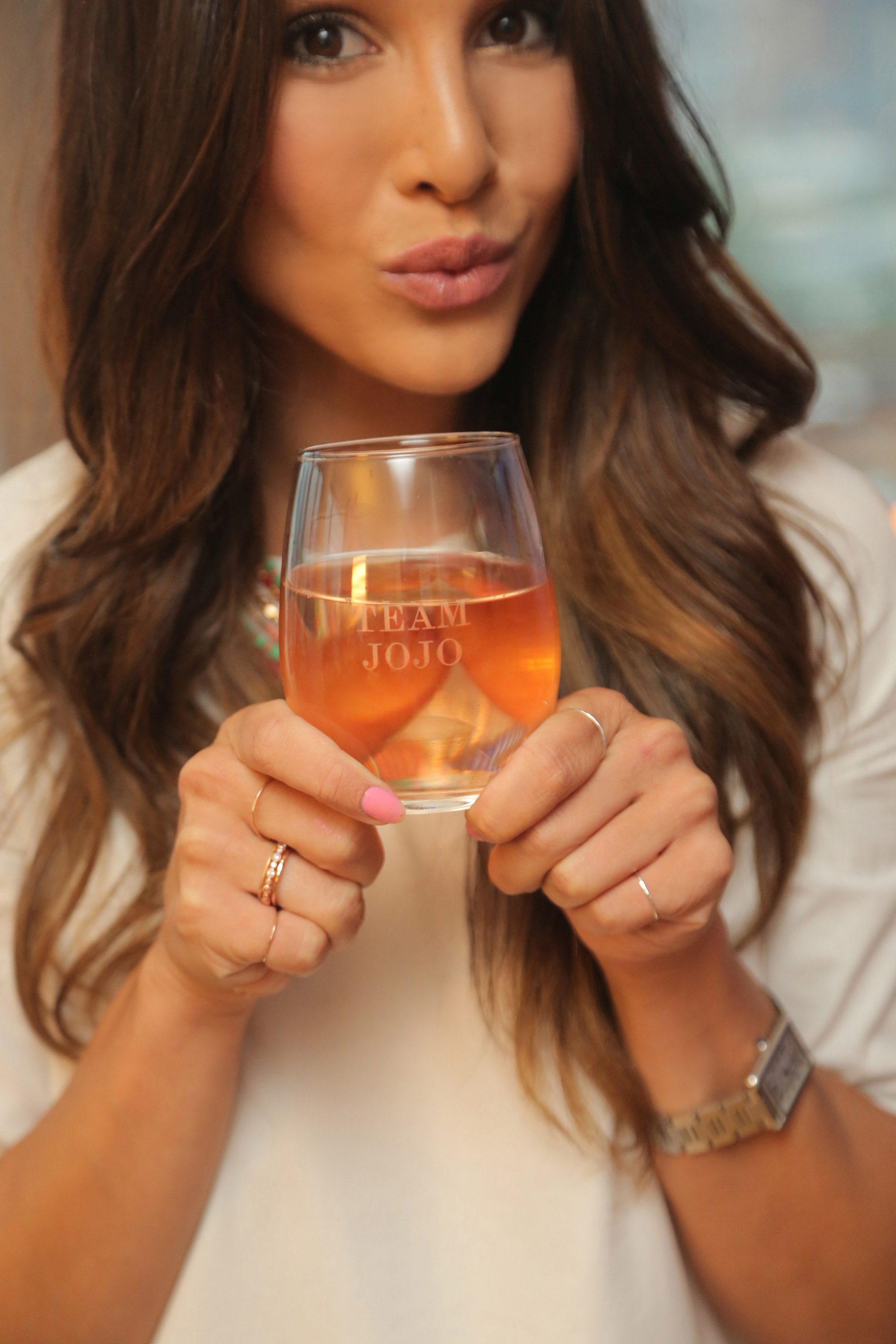 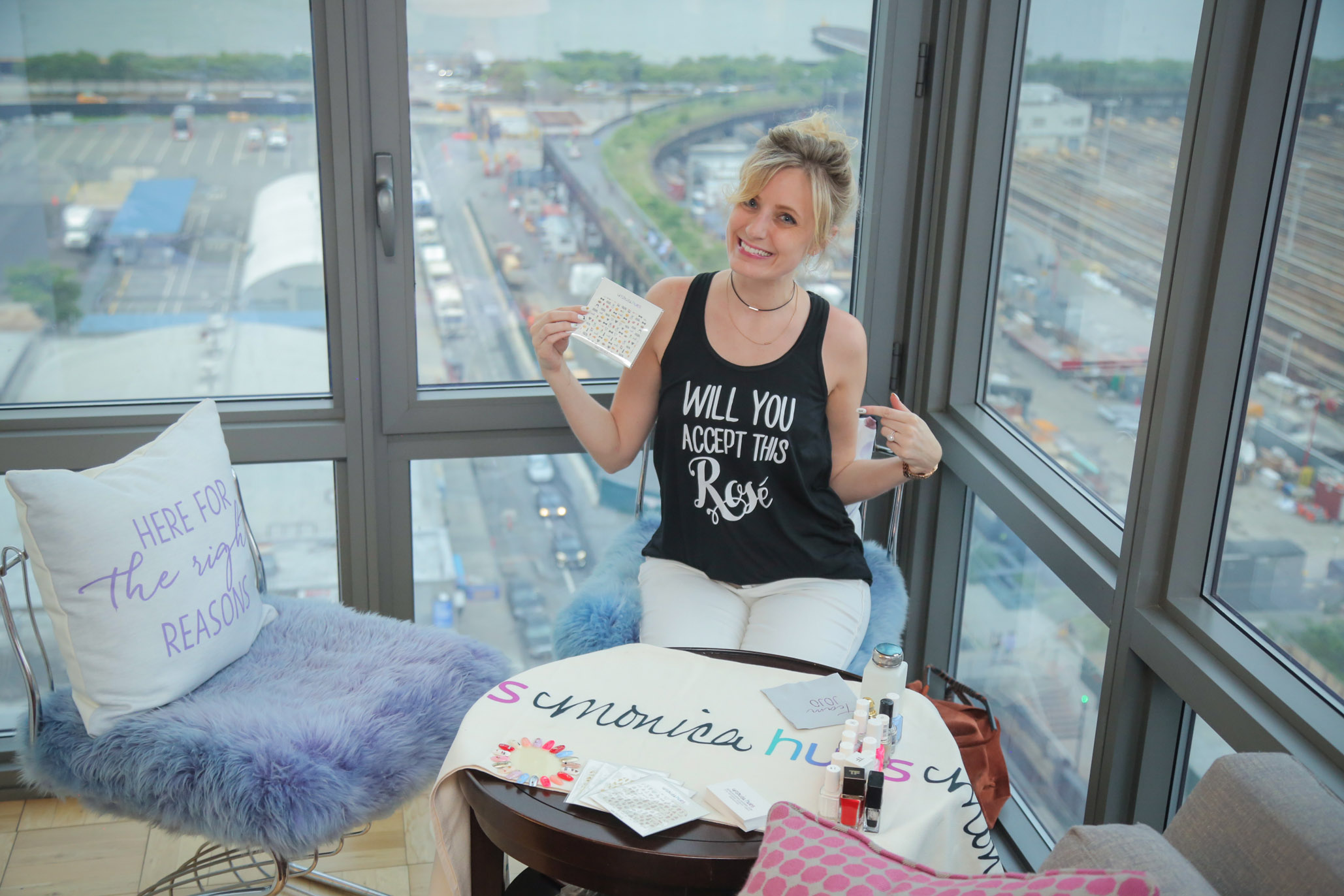 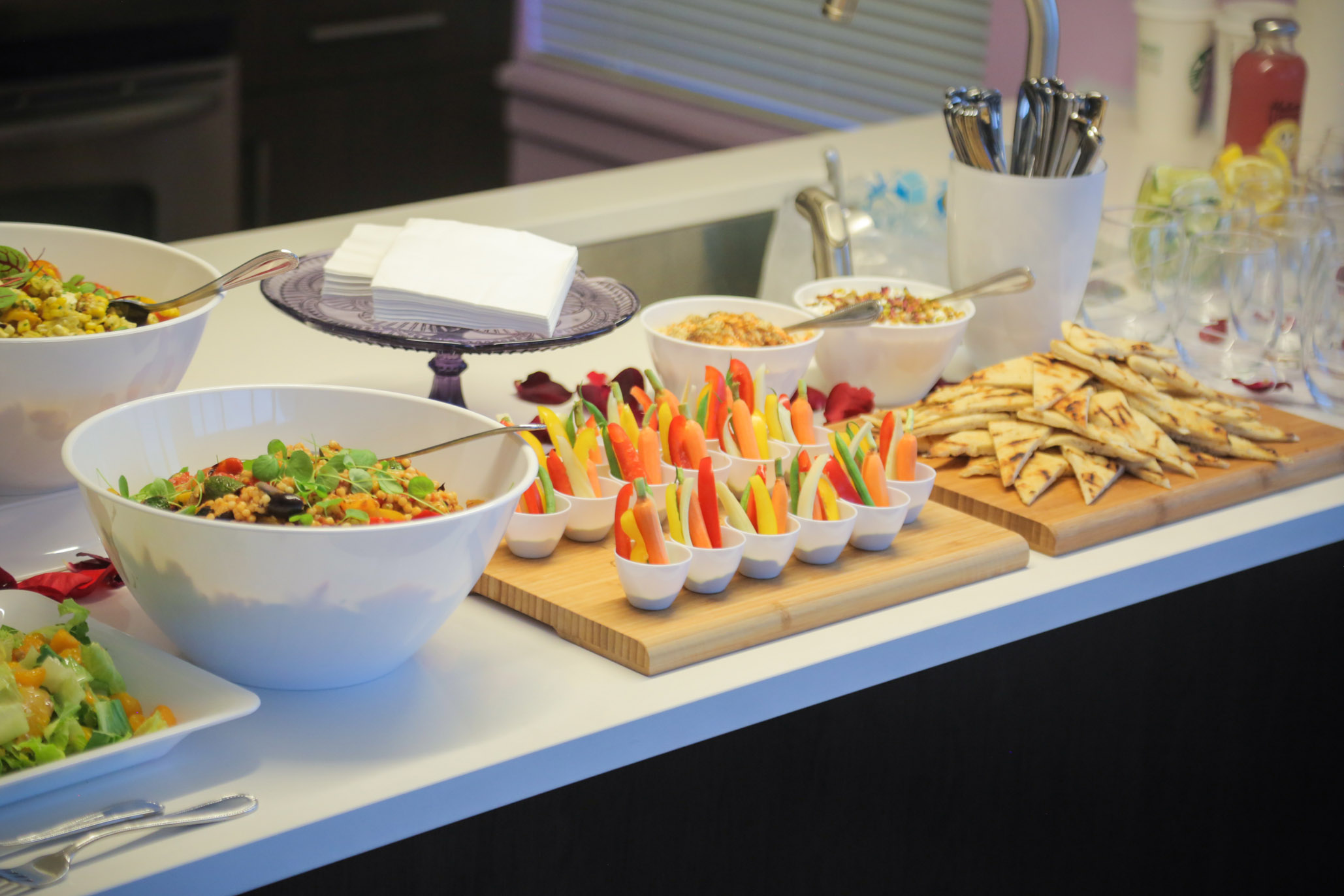 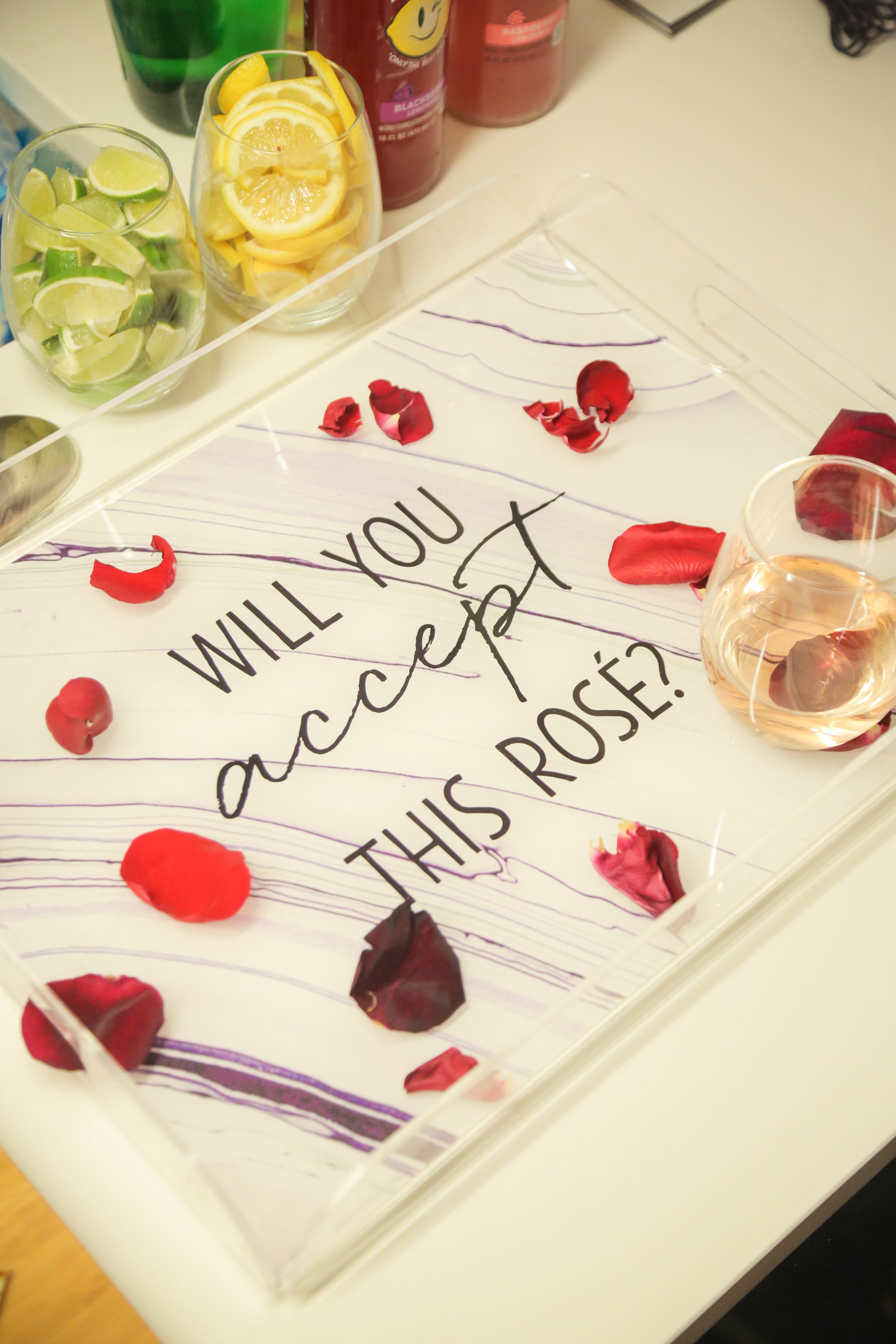 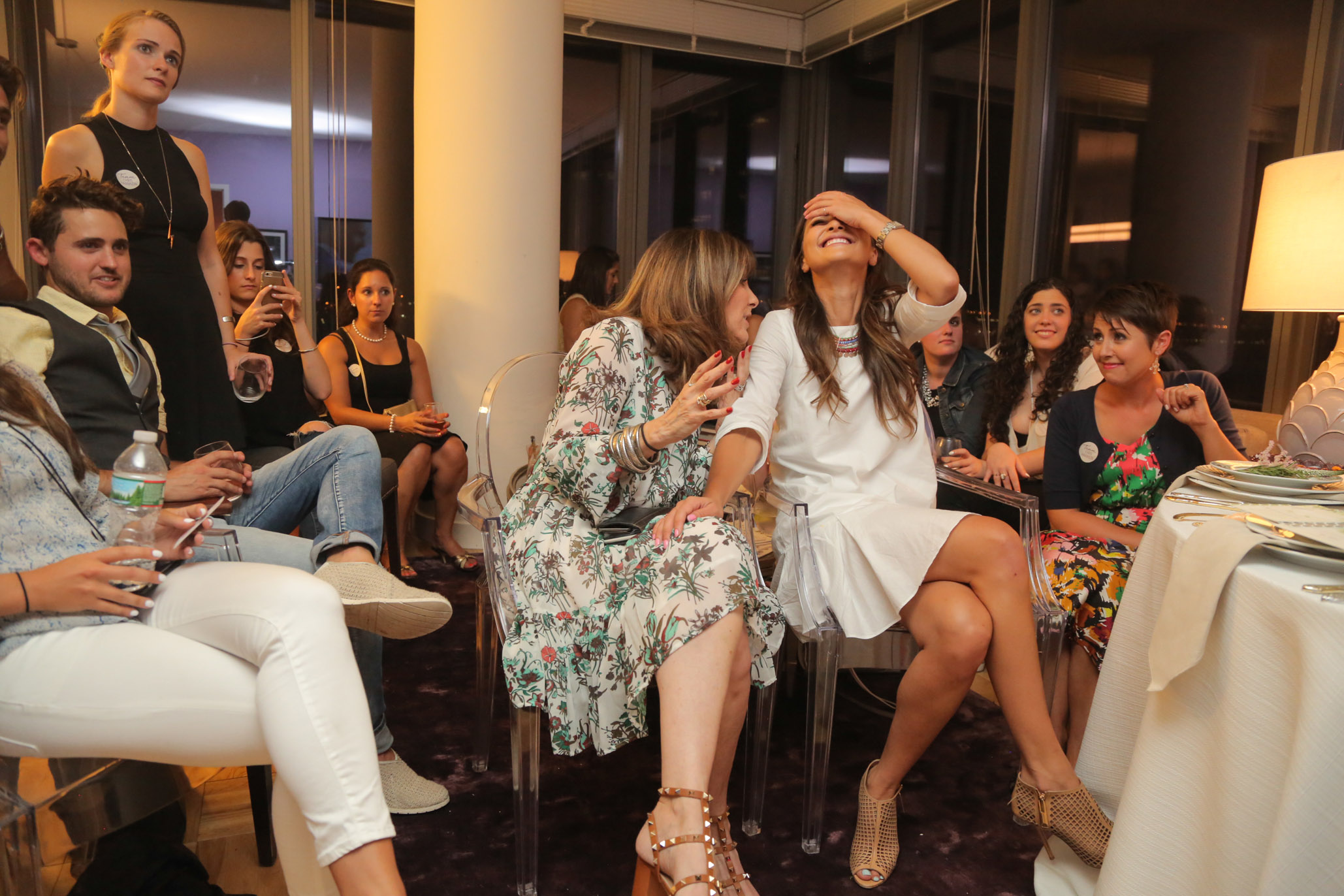 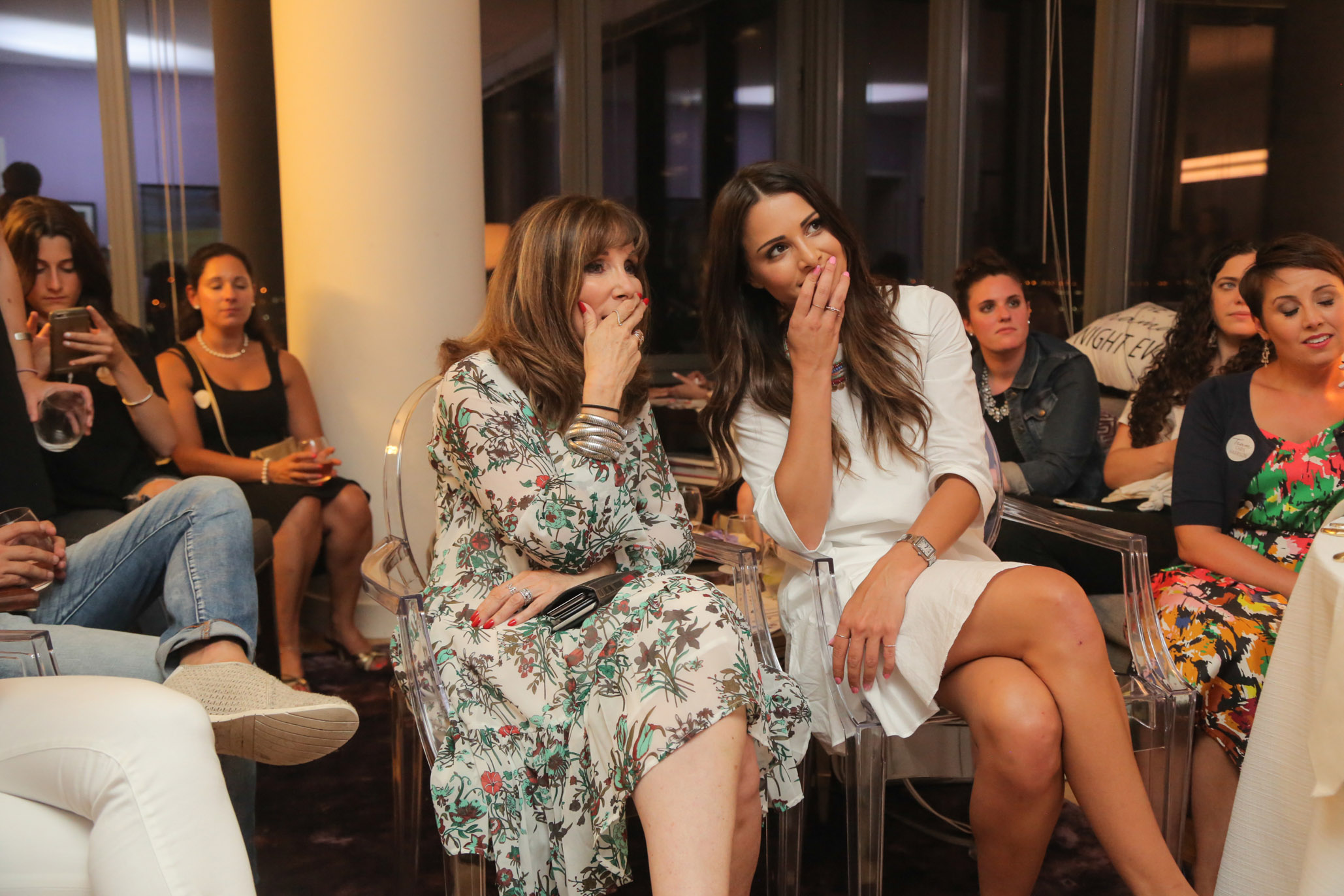 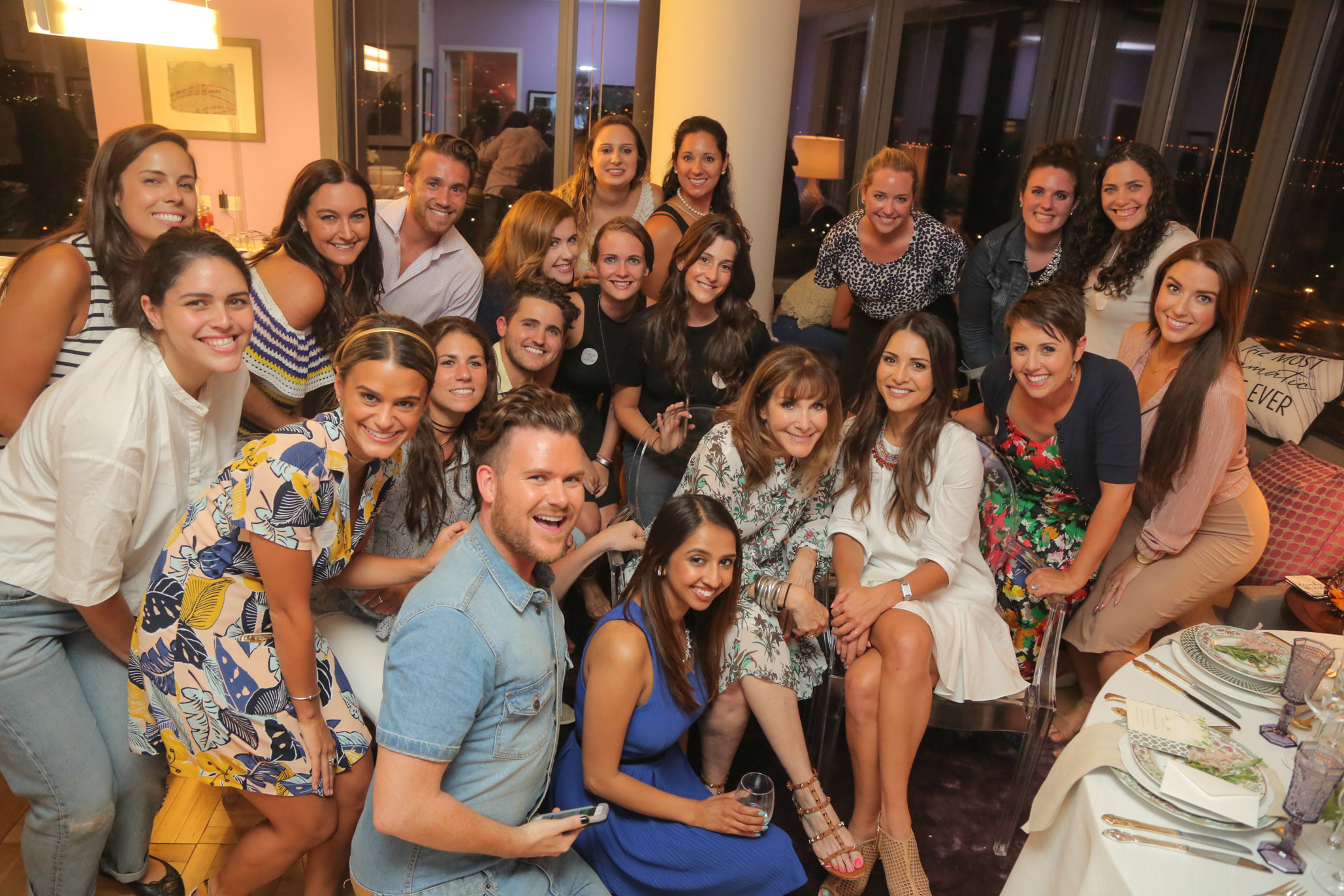 From large and opulent weddings to intimate dinner parties, Mindy Weiss is definitely an expert in coordinating an event. Here are her tips on throwing a great watch party in your own home:

-  Complement your current space. Watch parties are best held in the comfort of your home (where there’s also, you know, a TV). Choose décor that really works with your current style and color scheme. My apartment has a purple-and-grey motif, so I chose to go with lavenders, creams, and a touch of grey for the watch party. It’s fun and feminine like The Bachelorette but totally enhances my current space.

-  Choose easygoing food. A viewing party is not the time to break out your fine china and serve a four course meal… you have a show to watch, after all! Opt for easier foods that you don’t need to warm up or tend to very often like dips, light pasta salads, veggie platters, cupcakes, etc. Your liquid libations should also be in theme – which is why we have lots of wine flowing!

-  It’s all about the small touches. Little details are fun, inexpensive (and Instagram-worthy) ways to amp up your viewing party. We had adorable cocktail napkins and coasters made from Wedding Paper Divas, for example, with cheeky phrases from the show.

Get the Look of Kate Moss' Vintage-Inspired English Wedding

How to Achieve a Perfect Smile for Your Wedding Day