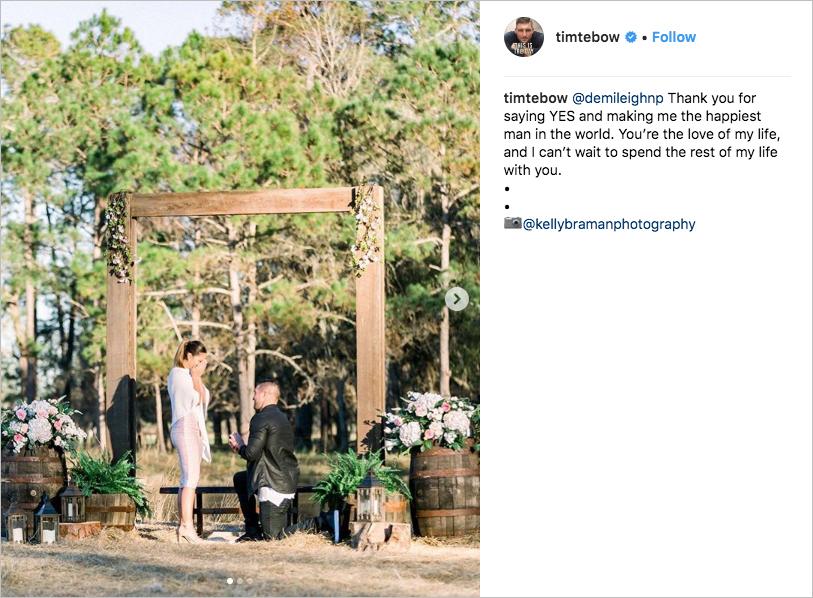 Engagement season isn’t over yet! Former NFL quarterback and current minor league baseball player has proposed to his girlfriend Demi-Leigh Nel-Peters. Until last month when a new pageant queen was crowned, Demi-Leigh was the reigning Miss Universe. She was previously Miss South Africa, representing her home country where she was born and raised. The couple started dating during her tenure as Miss Universe. 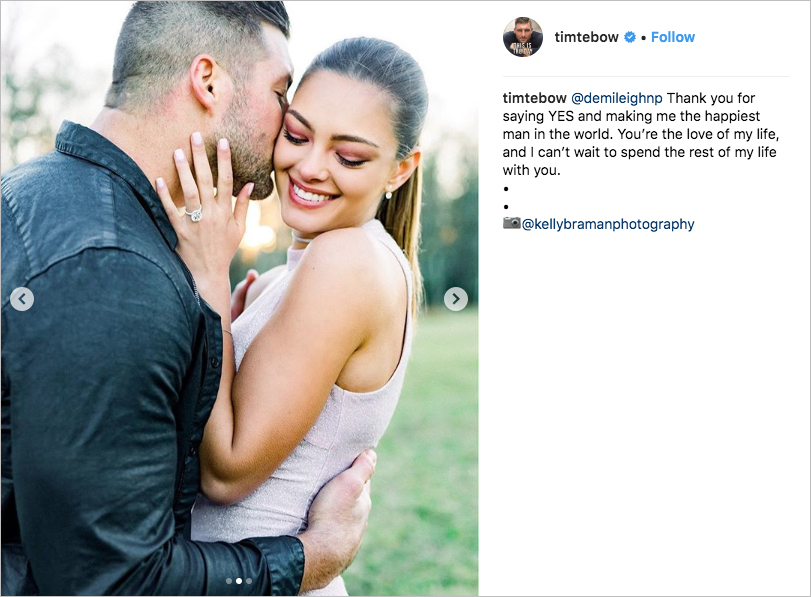 Though it’s almost certain that the couple will settle down in the United States, the groom-to-be made sure to honor his wife’s homeland for the big moment. People reports that South African singer Matthew Mole was brought out to perform his tune “The Wedding Song” – a favorite of the couple – after Tim popped the question. Additionally, he flew out her parents, siblings, and closest friends from South Africa so they could hide and watch as he asked Demi-Leigh to marry him. After the engagement, both families surprised the new bride-to-be and everyone shared a dinner together. 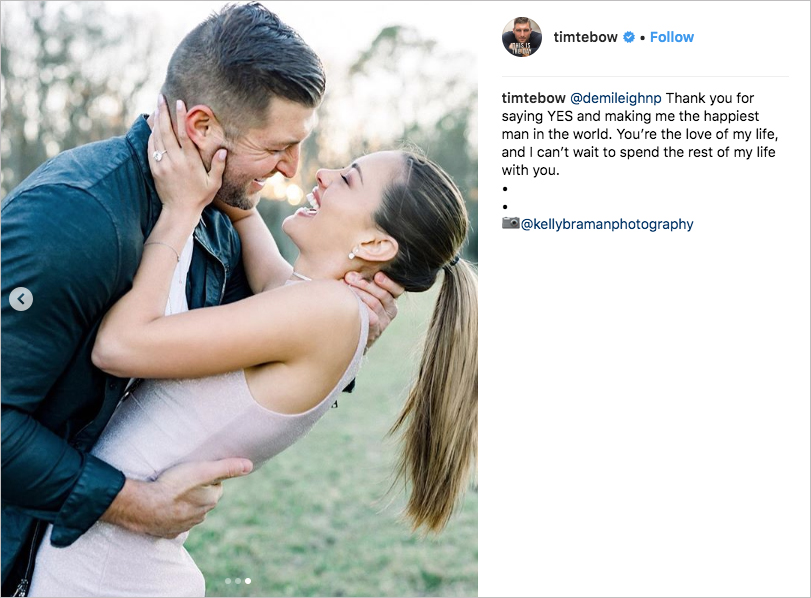 The proposal may also indicate what kind of wedding the couple may have. The setup Tim created to pop the question would fit with any rustic-chic ceremony. An arbor of wood adorned with florals was accented with barrels featuring more flowers and ferns, along with lanterns. This all took place on the Tebow family’s farm. Could that be where the couple will tie the knot, or will they select something closer to the bride’s hometown?

See our favorite celebrity weddings of 2018, find out who we expect to tie the knot in 2019, and view real weddings with a rustic theme here.

Mistakes to Avoid with Your Wedding Timeline

Our Predictions for New First Dance Songs in 2018