Usually at award shows, all the talk is about what the women are wearing. This is certainly understandable, and we will be sure to discus what all of the fabulous women at the 2017 Emmy Awards wore. More often than not, the men tend to play it safe, with a classic black tuxedo. While a well-fit tux always looks great, it doesn’t provide us with much to talk about. This year, however, a good number of men embraced bolder looks. These ensembles could be a preview for more fashion-forward grooms in 2018 weddings. 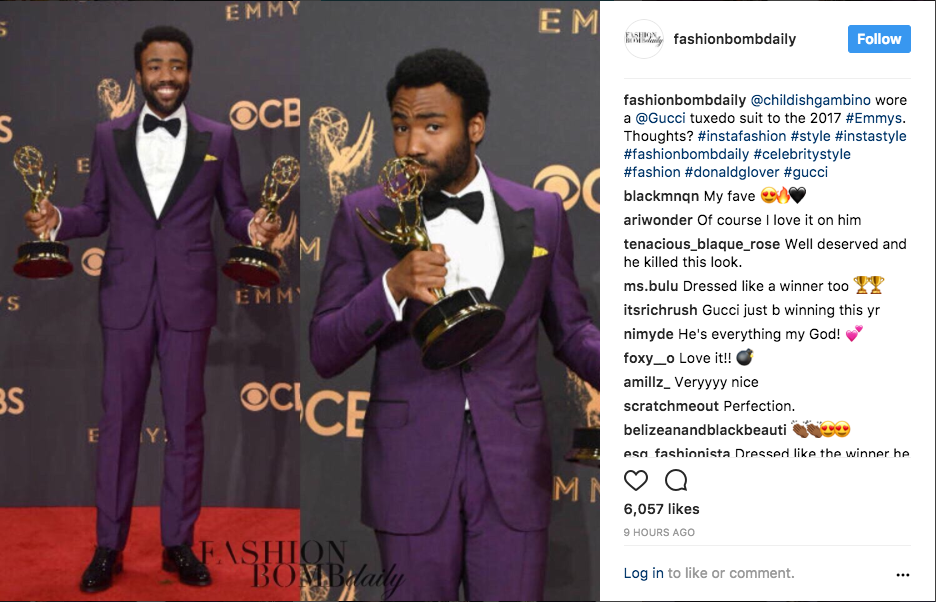 Donald Glover was clearly the star of the night. Not only did the multi-talented genius win two awards – for acting and directing in Atlanta – but he was also the talk of the town thanks to his stylish purple tuxedo. The risk paid off in a big way, as the actor/writer/director appeared on many a “best dressed” list. Perhaps we’ll start seeing grooms don the hue for their nuptials. Donald wasn’t the only one to embrace the bold hue. Young Caleb McLaughlin of Stranger Things continues to be the most stylish teenage boy in the world, this time wearing a stunning silk jacket with a pattern of fuchsia and violet flowers. The jacket was perfectly paired with cropped black pants and velvet slippers. Though Sterling K. Brown celebrated his second Emmy win in a classic tuxedo, he also had a sneaky pop of color with royal purple socks. 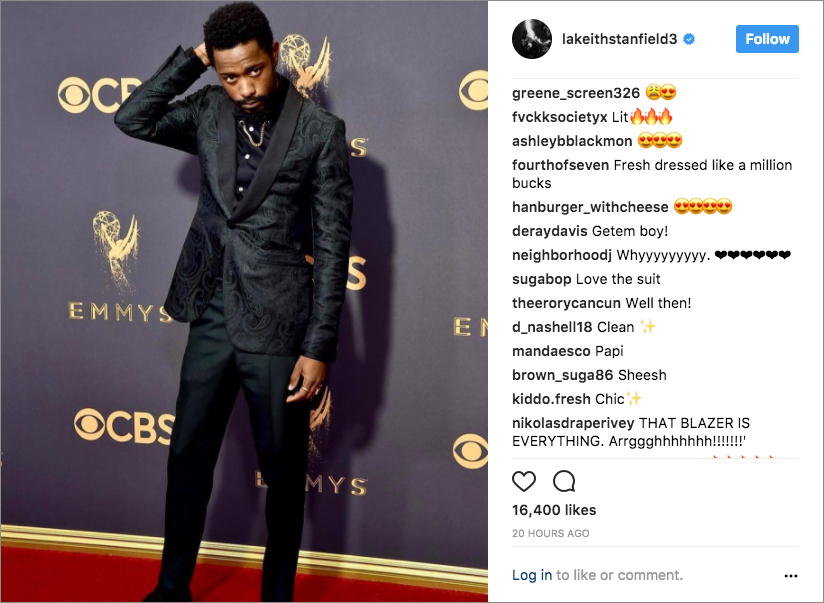 Donald’s costars embraced bold fashion as well. Brian Tyree Henry may have been nominated for his guest role on the hit This is Us, but his white jacket and black hat scream Atlanta. Lakeith Stanfield (pictured above) made a huge impression on the red carpet, sporting a couture brocade jacket and accessorizing with a gold chain attached to his bow tie. 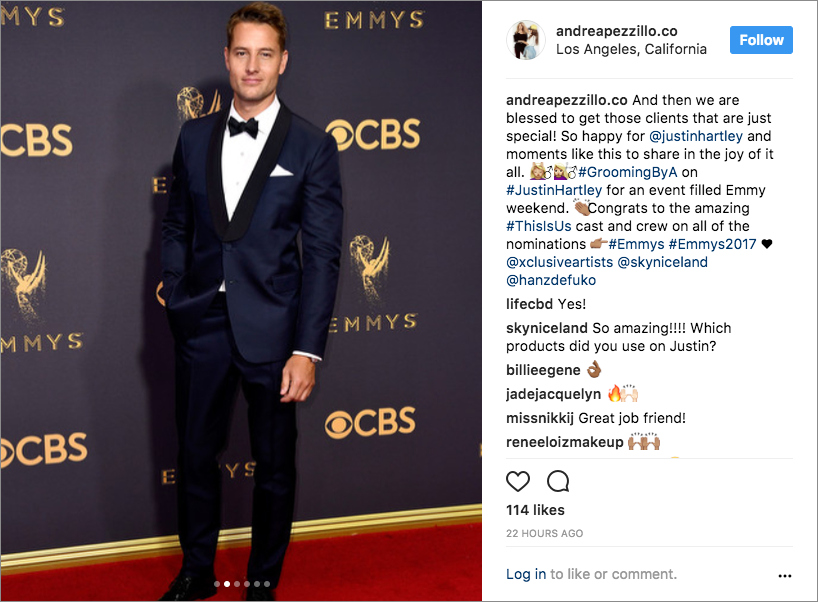 Just as in the wedding world, navy had a moment at the Emmy Awards. Adam Scott wore a brighter shade that has proven trendy with grooms, while Justin Hartley (pictured above), Seth Meyers, and Bob Odenkirk went with the safer, but still fashionable, darker shades. 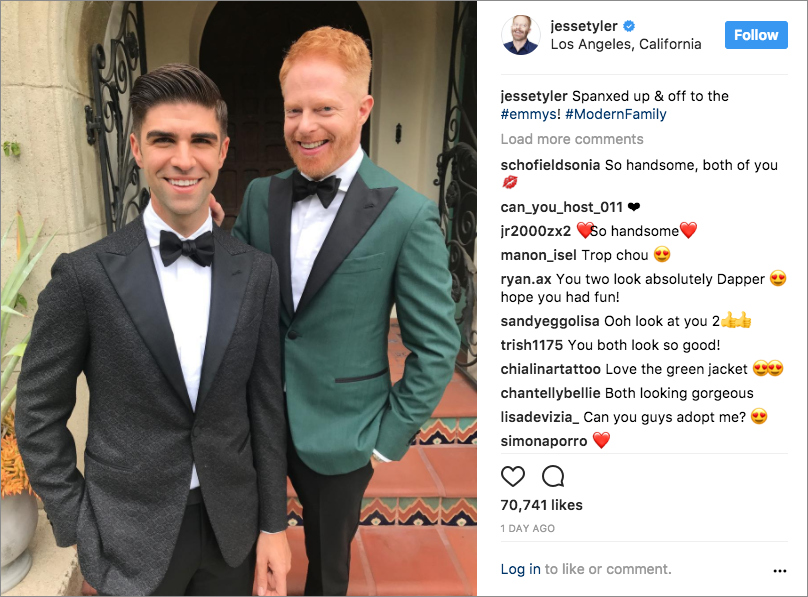 For a twist on the popular navy blue, Modern Family’s Jesse Tyler Ferguson instead donned a jacket in an of-the-moment forest green. BD Wong also wore blue, but his modern take on plaid had him standing out from the crowd.

Inside The Vineyard Collection by Claire Pettibone Romantique