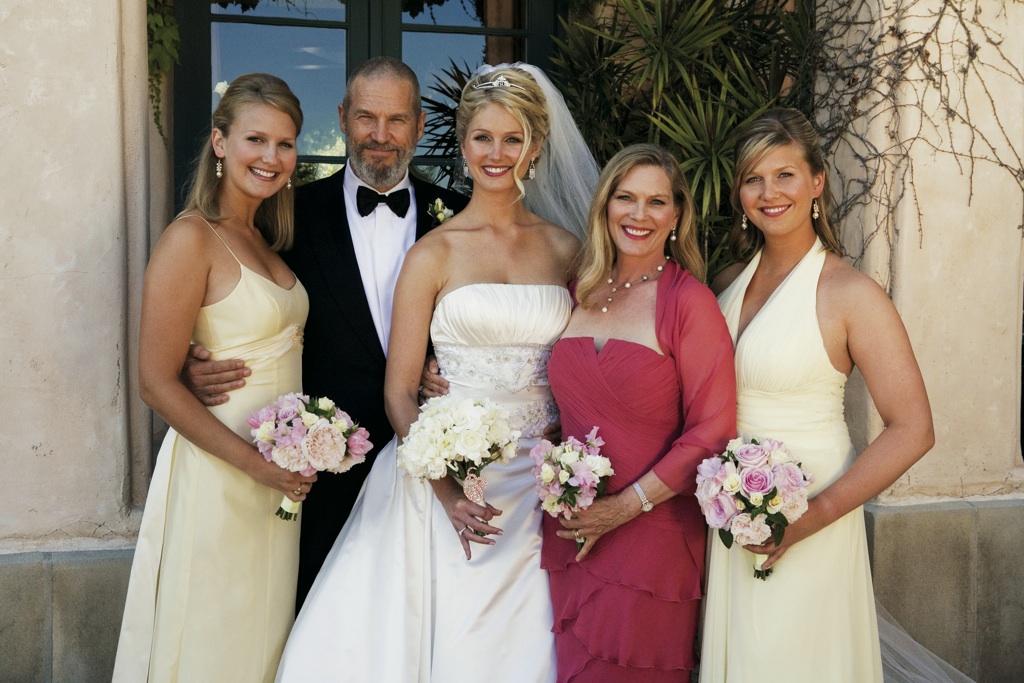 The royal wedding of Prince William and Kate Middleton showed us that modern weddings can take from tradition (who better than the Brits to show us that?) while still authentically representing the state of modern families: complex, loving, and honestly portrayed. The take away for parents of the bride and groom as they help the couple to the altar is to be open and flexible as your child brings their spouse-to-be, and their family, into yours.

Reaching Out
Traditionally, once the couple has told their respective parents of their engagement, the groom’s mother calls the bride’s family to express happiness about the engagement and arrange to get together. Nowadays, it really doesn’t matter who makes the call, but it’s a good idea for the parents of the bride to wait a few days to give the groom’s family the opportunity to honor tradition. However, if the groom’s family doesn’t reach out, then the bride’s mother should go ahead and call. If the mothers aren’t living or a part of couple’s lives, then a father or a step-mother would make the call instead. The important thing is that contact be made, and that parents act with spontaneity and in the spirit of friendship, regardless of who calls whom first. If no one is taking initiative, then the bride and groom should take the reigns and make plans for everyone to meet. In fact, as couples are generally more independent when marrying these days, it wouldn’t be unusual for them to arrange a first meeting – usually a dinner – between the two families. Again, it’s more important that the families are introduced and welcome one another than to stand on protocol.

Money Matters
Traditionally, the bride’s parents paid for an engagement party, all costs of the wedding ceremony and the reception (including invitations, flowers, music, and food), along with the bride’s dress, bridesmaids’ flowers, and groom’s ring. The groom’s parents paid for the rehearsal dinner, the bride’s engagement and wedding rings, the marriage license, and officiant’s fee, accommodations for the groomsmen, and the flowers (boutonnieres for the groomsmen, the bride’s going-away corsage, and in some regions, the bride’s bouquet). Today, finances can be divided however best suits the couple and their parents. It’s best to talk about who can or would like to contribute what. Any conversation about money should be respectful and candid – and given with notice. Even though many families are willing to share the cost of a wedding, it should never be assumed that they are expected to do so. When parents are willing to contribute, the bride and groom should consider the range of possibilities ahead of time and be sure they agree on what they would prefer before they sit down with their parents to discuss the costs. If the couple wants financial help, they need to be willing to compromise on some of their wishes, and if parents offer help, they need to remember that in the end, it’s the couple’s day, and they can’t hold the couple hostage with their checkbook.

Lines of Communication
While some sticky questions may need to be communicated through the bride and groom, couples should encourage parents to communicate directly whenever possible, either via phone or email, or even Facebook! This is made easier if they have already met in person.

Proper Attire
Ideally, the mother of the groom checks in with the mother of the bride to see what she plans to wear. Although both mothers should choose their outfits based on their personal taste and colors that flatter them best, it’s traditional for the bride’s mother to choose first. It’s a plus if the mothers try to complement (but not match) each other’s look.

Role Play on the Big Day
On the day of the wedding, parents of the couple act as hosts, either literally or figuratively, so make sure they are prepared for their roles. All parents are part of the processional, with the father or stepfather of the bride walking her down the aisle. The parents participate in the receiving line, if there is one (hint: more than 75 guests and it’s a good idea), and they also take part in any father-daughter or mother-son dances that have been arranged. Parents of both the bride and the groom (especially fathers, though by no means excluding mothers) should plan whether they will make a toast, and agree in advance on when and in what order. Finally, make sure they enjoy themselves! The stress and expense of planning can distract from the joy of the big day, so encourage them to take a deep breath, have a sip of Champagne, a bite of cake, and hit that dance floor! They’ve earned it!

15 Detail Shots to Include in Your Wedding Album

15 Detail Shots to Include in Your Wedding Album