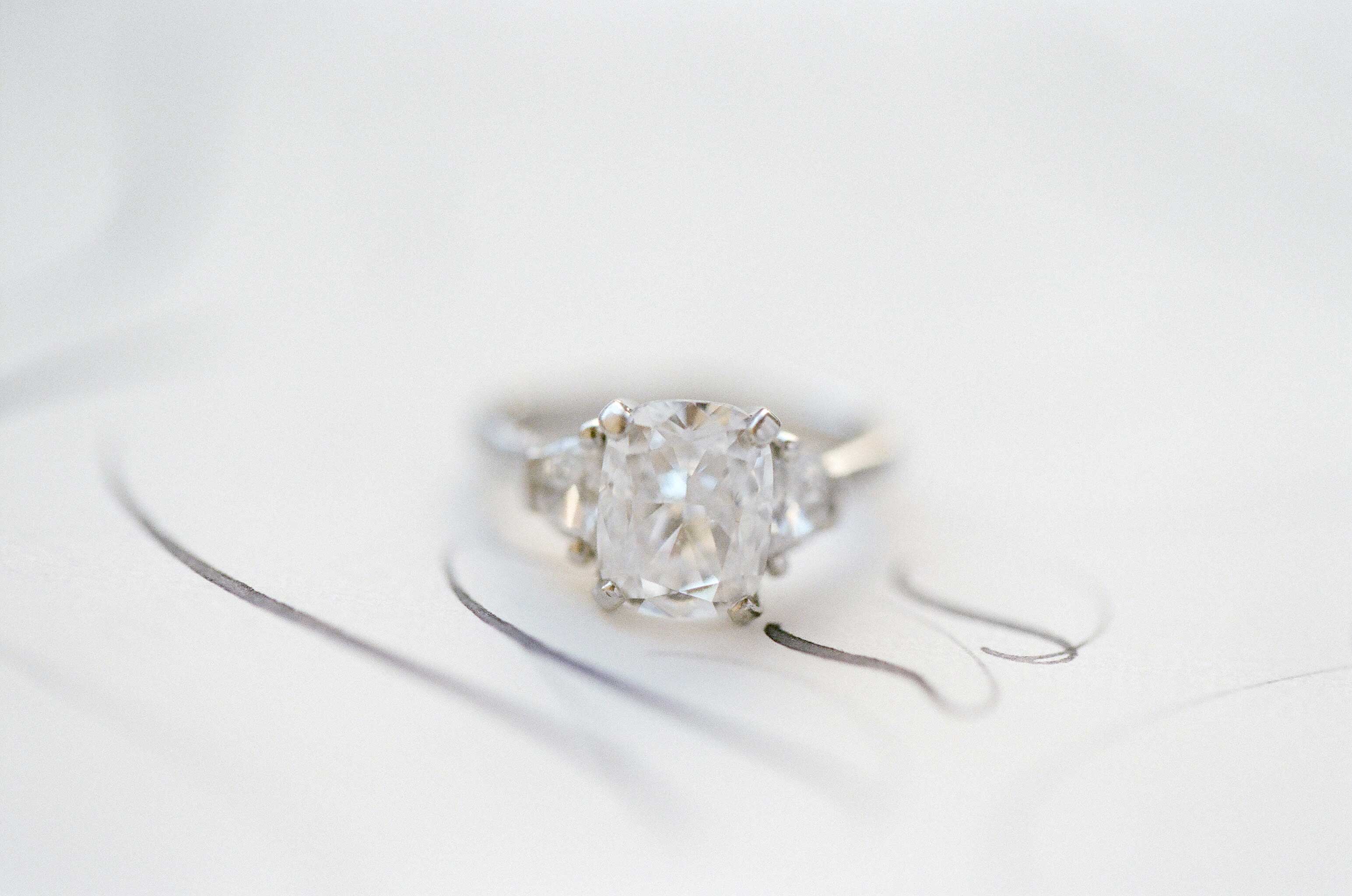 While being engaged is an exciting time for couples, the few months just beforehand can be tricky. Nowadays, most sweethearts discuss marriage prior to officially popping the question; so many women often end up on high alert when they think a proposal may be coming. This can lead to getting carried away and snooping, to the point of finding the ring. Although sometimes – especially if the hiding spot isn’t so great – your discovery of the engagement ring may occur by complete accident. Whether you stumbled upon the sparkler or went searching for it in a moment of weakness, the next steps you take are important.

First things first: do not try it on. This will be very hard to resist, but what if it's too small and gets stuck? There also probably isn't an insurance policy out yet, and you don't want to risk anything happening to it. Better yet, avoid even opening the box if you can manage it. If you do go that route and choose not to take a peek, try not to get your hopes up too much. Maybe they’re earrings! Also, make sure you put it back exactly where it was found.

Do not tell anyone about your discovery, even your sister or best friend. They might be in on the secret and ruin the plan. Alternately, there might not be a proposal for several months, and then you have to deal with your friend thinking every phone call is to share the big news. Though keeping the secret may feel like lying, your partner will also probably be disappointed that the surprise was ruined.

If you saw the ring and don't like it, don't say so. It can be addressed after the proposal. Plus, you don't know for sure the ring is what you think it is. It could be stored for a friend or brother, maybe it's an heirloom or estate piece that will be repurposed, it could even be a stand-in ring so the two of you can later pick something out together. If you really hate the style, you could start dropping hints about your preference – maybe there's still time to return it! Plus, you might end up loving the ring after wearing it for a few weeks.

No matter what, try your best to put the thought of what you found out of your mind. You have no idea when a proposal will actually happen, and you’ll drive yourself crazy obsessing over it.

Find out the pros and cons of picking out your own engagement ring, what do do if you don't like the ring gifted to you, and what your setting says about you.