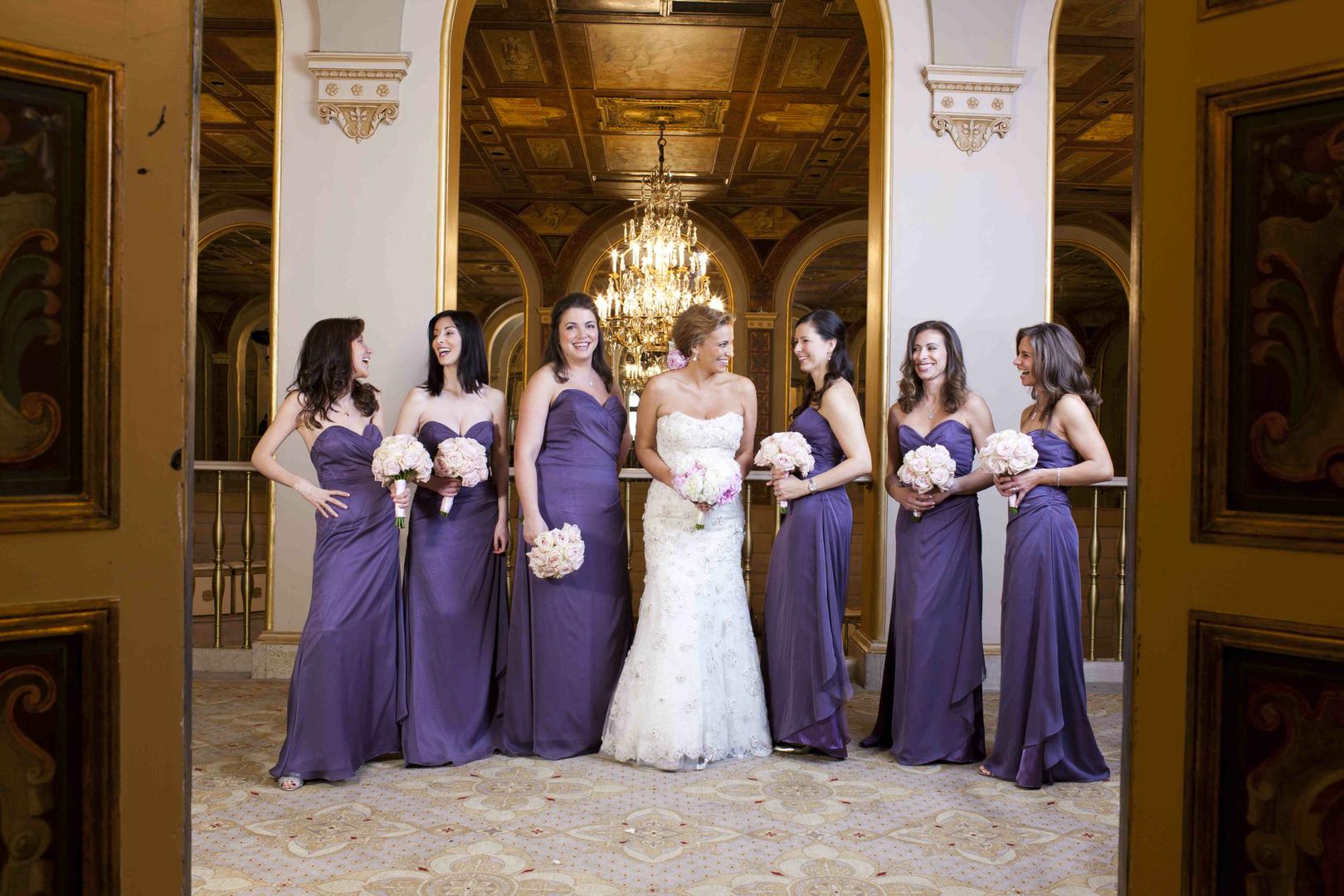 Getting great wedding images is not just the responsibility of your photographer. There are several factors that determine the outcome of your images, such as a bride who is not ready on time. Nothing hampers creativity more than lack of time, and when a bride runs late, the photographer can only work with the time he is given. Other than being on time, the best way to end up with all the pictures you want from your wedding is to make sure you communicate your thoughts to your photographer before your event. Whether you give your photographer a list of family you want photographed or trust that you have hired a professional who knows what family members to capture, it is always best to go over all your shot requests ahead of time, so as not to be disappointed later.

Your Immediate Shot List
For organizing your thoughts ahead of time and making sure all those important to you end up in a family portrait, a shot list is a great idea. If you have hired an experienced and reputable photographer, he or she should not need to be told to get basic pictures such as your immediate family and bridal party, however it’s always a good idea to discuss ahead of time which pictures he or she will take. Together you can determine which family groups you would like, based on your individual tastes.

The following shot list includes everyone in the immediate family and bridal party and streamlines the portrait process. This list may be trimmed down by eliminating some of the individual shots if you choose.

This same list of shots would be applicable for the groom’s side as well.

Your Extended Shot List
The extended-family shots should include the following people, but is up to each family whom they would like to include in these larger groups. Again, there are many different pictures you could shoot during the extended family session. This list includes everyone and keeps the shots to a minimum. The following groups include the bride and groom, in every combination.

Let’s start with the bride’s side with the largest group first. With each subsequent photo, some family members exit.

Now do exactly the same for the groom’s side of the family. Right after the shot with the groom’s parents, put her parents back in for a nice shot of both sets of parents. Finally, call up the bridal party, bridesmaids and groomsmen, take a couple of fun pictures and you are done. You have included everyone, and kept your groups to a minimum.

Tricky Combinations
If you have divorces on one or both sides of your family it can get a little tricky, and you will have a few more combinations to shoot, just remember to have patience. You don’t have to follow this exact order, but it does help to start with the largest groups first, and then break them down, gradually shooting smaller groups; it’s faster and less confusing. With some methodical planning you won’t have the same people getting up and down multiple times and you will get through your pictures faster. If you have other special people in your life that you would like to get portraits of, such as godparents or sorority sisters for example, invite them to have their pictures taken with you right after you finish your extended family photographs.

Assisting Your Photographer
Even after you have put your shot list in writing, your job is still not done. Keep in mind that your photographer does not know your family so he won’t be able to put faces to the names you have on your list. Just because your list says “Uncle Dave, Aunt Sue, Kelly, and Cindy” doesn’t mean that your photographer will know who those people are without some help. You thought that by making a list you would be free from responsibility, but now you’ve ended up yelling out names and getting frustrated in the same breath because Uncle Dave is nowhere to be seen and you just want to get through all these family photos done so you can get to your reception and have a great time. Avoid this situation by putting someone else in charge of the list, like an aunt, a sibling or anyone else in the family who knows all the faces that match the names on your list. Sometimes even your wedding coordinator may have an associate who might help by checking off names as your photographer completes each group.

Coordinating People
Don’t overlook the importance of getting your family and friends to the right location and on time – that’s eighty percent of the battle. The other twenty percent is getting the key players to stay around and not wander off while waiting for their turn. From the photographer’s perspective, if everyone showed up on time and stayed in the area where pictures are being taking without wandering off, family portraits would be faster and a lot less frustrating, especially to the bride and groom. The best way to make this concept a reality is by communicating with your families ahead of time. You must take the time and extra effort to let each person know where and when they need to be, and be sure to give well-padded arrival times to anyone in your family or bridal party who is notorious for being late.

Make a phone call or write a personal note to each person or family member you would like to be included in your wedding portraits and let them know how special they are to you and how much it would mean if they would be in a picture with you. Express to them how imperative it is that they arrive on time and not to wander off until they are excused. By taking the time to call or write each person, letting them know how important they are, people usually make more of an effort to be on time, as opposed to telling them at the last minute that they need to be somewhere at noon the next day for pictures. Everyone likes to feel special and most of the time people will go out of their way when they do.

With a little preparation and great communication with your photographer, you can get all of the group pictures done before the reception, which is the best wedding gift you could give to yourself. You do not want to try to take pictures during your party. When the time comes to cut loose and have a great time, that’s exactly what you should do. Most importantly, have the time of your life at your wedding. Once your day arrives, let everything go and have fun. Take in every moment and feel and express every emotion. A great photographer can see and capture emotion, but even the best photographer can’t get you to fake it.

What to Do When You're Not Excited About Planning

Match Your Two-In-One Wedding Gown to Your Bridal Style