Whether you'll be having a band or DJ perform at your wedding reception, putting together the must-have songs you want played is a favorite wedding-planning task for many couples. There will certainly be suggestions provided by your entertainment company, but couples often offer a "must play" and a "do not play" list to ensure the music for the biggest party of their lives is in line with their preferences.

Since many brides and grooms planning their nuptials grew up in the 1990s and treasure the music of the decade, we asked Danny Chaimson, founder of premier entertainment company Gold Coast Events, to share his suggestions for 90s hip-hop jams that will certainly be a hit at your celebration. "Not only is this a phenomenal list to pick songs from for later in the night, it would also be a great playlist to put on the sound system after the band finishes," shares Danny Chaimson of The Gold Coast All Stars. Though many couples may think they're on their own after the band finishes their set, he reassures: "A lot of bands, including us, will play music through their sound system for awhile as the band starts to take down."

If you're ready to ensure your loved ones have a great time at your event, consider these hand-picked tunes from The Gold Coast All Stars. Regardless of the entertainment choices you're making for your nuptials – hiring a band, DJ, or even setting up your own playlist for the reception or after-party – the Chicago-based band's favored 90s hip-hop playlist, below, will get you started on that must-play list! 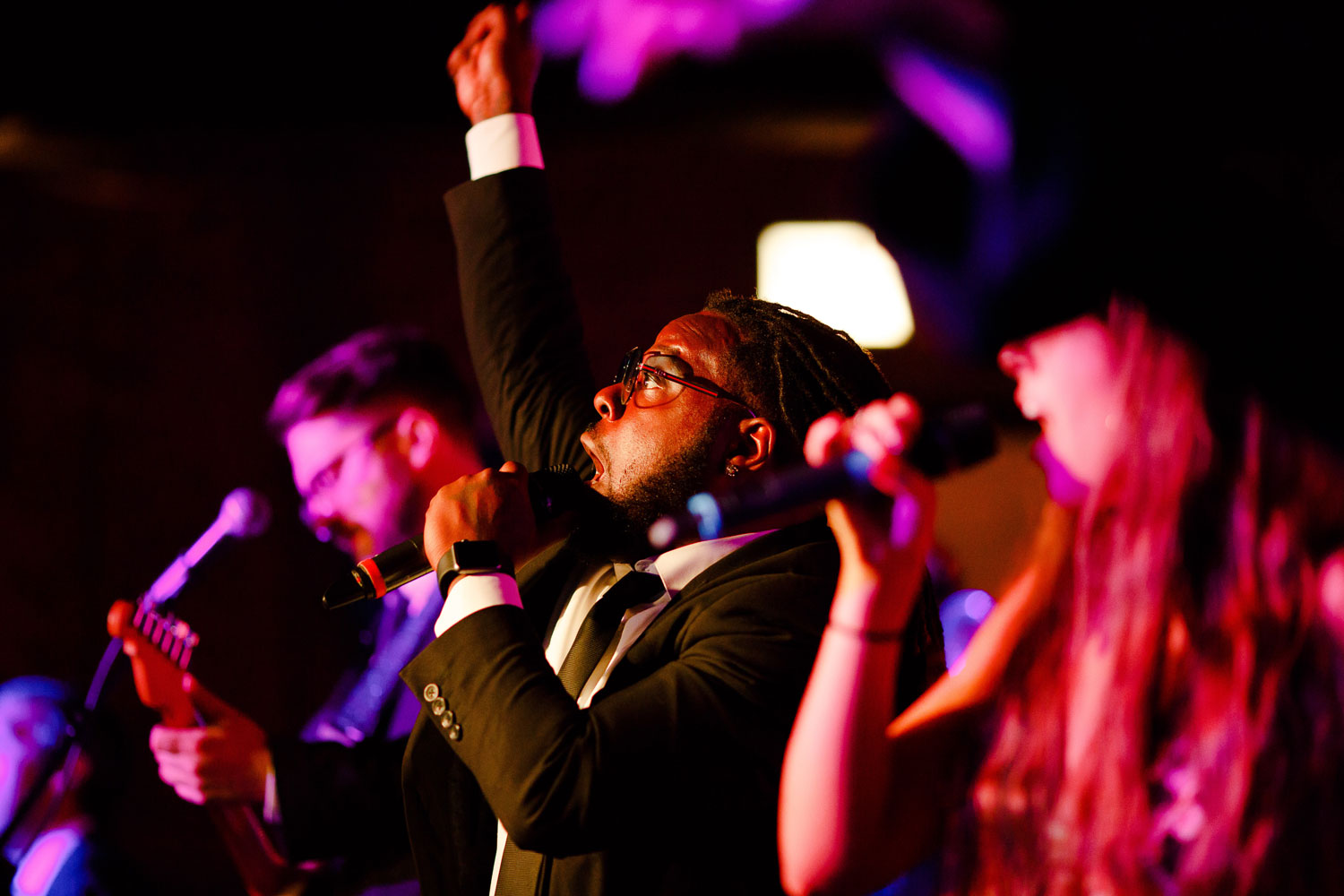 Photo by Studio This Is; Entertainment by The Gold Coast All Stars

Discover 15 songs for your 90s Late-Night Hip-Hop Jams playlist from The Gold Coast All Stars:

"This Is How We Do It" by Montell Jordan

"I Got a Man" by Positive K

"Hypnotize" by The Notorious B.I.G.

"I Get Around" by 2Pac feat. Digital Underground

"Too Close" by Next

"Still Not a Player" by Big Pun

"Let Me Clear My Throat" by DJ Kool

"Jump Around" by House of Pain

For more music ideas, listen to playlists for getting ready as well as your pre-ceremony music, processional, cocktail hour, and reception dinner.

Discover 100+ songs perfect for all of the events of your big day!

See if these tunes selected by real brides and grooms are perfect for you.

How to Maximize Dancing at Your Wedding Reception

Check out these sure-fire ways to ensure your guests dance all night long.

Bruno Mars Songs to Play During Your Wedding